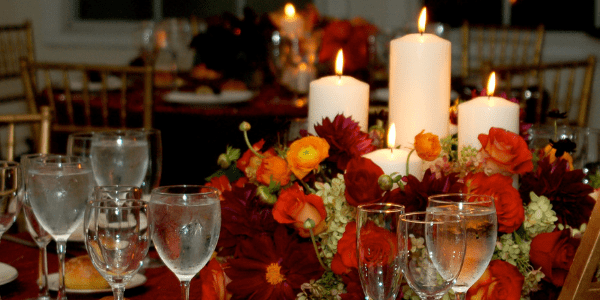 When searching for Samhain activities on Pinterest or Google, one of the most popular suggestions is a ritual called a Dumb Supper. This is an ancient practice in which the spirit of a departed loved one is formally invited to join a meal held in their honour. A place is set for them at the table, they are served the same food and drink as everyone else, and the meal is eaten in complete silence.

The veil separating the worlds of the living and the dead is at its thinnest on Samhain, which makes it easier for your beloved departed to join you for this ritual.

You may find variations on the Dumb Supper ritual, but the main aspects remain the same. One such variation can be performed at any time; for instance, instead of Samhain, you could host the event on the anniversary of the person’s birthday, or their death.

Make a meal that your dearly departed favoured when they were alive, and set a place of honour for them, preferably at the head of the table. In the centre of the table put a photo of the person, a keepsake that reminds you of them if you have one, and a white candle.

When you are ready to begin serving, stand next to your chair and announce the intent of the ritual:

I/We are gathered here tonight to honour the life of ____ by having a supper in silence to let ____ know the s/he is loved, remembered, and continues to bring me/us joy.

Then light the candle. There are two options to proceed from here.

Related: Celebrating Samhain with the Dumb Supper, by Susan Starr

Guardians of the spirit world gates

The first option is to ask a psychopomp deity to allow the spirit of your dearly departed to leave the world of the dead so that they may join you for the duration of the meal. A psychopomp is a deity that escorts the souls of the dead to the other side, and guards the doors of the Land of the Dead.

However, before making such a request, you must initiate a relationship with the deity. Gods are all too often treated like metaphysical vending machines, expected to carry out requests simply because you gave them an offering and asked nicely.

There are quite a few deities that have been charged with the role of ruling over life and death, rebirth, transition, and holding the key to the land of the dead. There is a deity of this nature in just about every pantheon I can think of. I will introduce you to one goddess and one god.

The Morrigan is a Celtic deity is made up of three sisters: Macha, Badb, and Anu. They each are referred to as the Morrigan, with the name being used as a title, and the great goddess that is the three entities combined is named the Morrigna. One of her many aspects is the Phantom Queen, and in this persona she is the protector of the Otherworld and the guardian of souls.1

Related: The Morrigan: A dark moon meditation, by Bridget Engels

The Roman god, Mercury, is the patron god of commerce, known for his eloquent speech and communication abilities, and believed to be a bringer of dreams and guide for souls on their way to the Underworld. Mercury was also known for his negotiating skills, which could be the key to gaining his favour.

You may opt for traditional Roman pagan offerings he is said to be fond of: milk, incense (frankincense), dill, mercury (the herb), cypress, and crocus. Another common practice is animal sacrifice by proxy, or offering something that represents an animal that the god is partial to. Mercury favoured oxen, horses, and goats. You could bake bread in the shape of a goat, or pour him wine from a corked bottle (when you pop the cork and pour, it symbolizes slicing the animal’s neck or belly and letting the innards pour out). ((M. Sentia Figula, “The Nature of Mercury,” neo polytheist, 3 March 2012.))

If you don’t feel drawn to either of these deities, that’s okay; feel free to research other psychopomps. 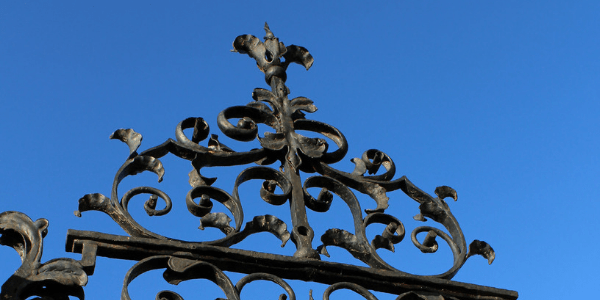 Connect using your own psychic abilities

The second option, to invite the person’s spirit to your Dumb Supper using your own psychic abilities is, believe it or not, within every person’s capabilities. Everyone has psychic abilities, although some people must work harder to access them than others.

Like creativity, or athleticism, some people are born with very strong psychic abilities, while others must work hard to receive messages psychically. There are many different psychic abilities, but the skills that I have found to be most useful in mediumship are clairvoyance, which is seeing images in your mind’s eye, and clairaudience, or psychic hearing.2 There are a few exercises I perform regularly to keep my abilities strong, and as you practice them you should notice your clairvoyant and clairaudient abilities getting stronger, as well.

The first step is to establish a meditation practice. Start by taking 10 minutes each day to release all of your stresses and worries; visualize them sliding down your body and sloughing off into the earth, like raindrops gliding off the end of an umbrella.

You will need to be clear-minded when you connect to spirit, especially your guest of honour, so start practising this as soon as possible.

Related: Meditation: Four techniques to get you started, by Mercury

The next exercise may seem silly but it really helps. Start focusing on details with your eyes and ears. Whether you are watching a movie or driving home from work, really take in at the view ahead of you. Instead of seeing it as a whole, look at the individual details that comprise the scene. What sounds do you hear, aside from the expected? Try switching from your left ear to your right.

With hyper-vigilance, you will start noticing things that escape most people on a regular basis, such as a spirit trying to communicate.

My final suggestion comes from a blog I follow that is all about psychic abilities. Amanda Linette Meder is a psychic medium, and she recommends creating a ritual for opening and closing with spirit.3

It is important that your ritual is completely your own, which is why I do not describe my personal ritual here. I will tell you this: make sure your intent is clear, you feel safe, and you make sure that the spirit departs and knows that it may not return without an invitation. You should also be sure to use your best manners.

The Dumb Supper, your way

Once you have practised your abilities long enough that you feel confident, you can hold your Dumb Supper.

Using your personal ritual, open the connection to spirit, and invite your loved one to join you for the duration of the meal. Make sure you are clear that the invitation is to stay only while you eat, so their spirit doesn’t get stuck on this side, or worse, somewhere in between.

Above all, a Dumb Supper is meant to be a happy, bittersweet affair, not one of mourning and tears. Its purpose, no matter which way you choose to invite the spirit forward, is to enjoy a little time with your loved one’s energy again.

Related: Five books to guide you into the spirit world, by Donyae Coles