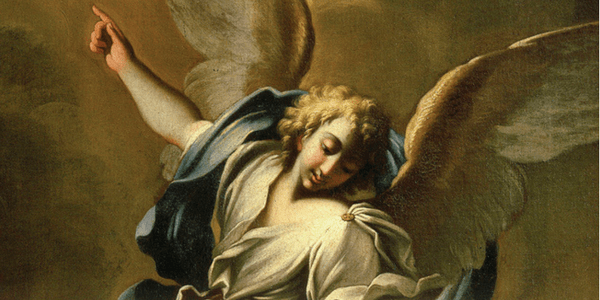 Angels of the Zodiac: Divine Guidance Through Your Sun Sign

As a ceremonial sorcerer who is pushing deeper into traditional practices as dictated by astrology, Angels of the Zodiac

seemed very relevant to my practice and study. The nature of angels is not just of personal interest, but part of my history degree focusing on the depiction of angels in western magick.

Combining angels and the zodiac could mean a lot of different things, but Patricia Papps believes that, “Meditations with angels of the zodiac will bring you to new heights of spiritual awareness and answer the questions you have about the spiritual path.”1 which seems a bit vague, but for the introduction that’s not unexpected. Papps then explains that “Angels bring magic to your life, for they are working from the divine will, and their only wish is for us to be joyous and to live in harmony in our daily lives.”2 It is here I began to wonder about Angels of the Zodiac, since angels have not been depicted as creatures only wanting to bring joy and harmony for thousands of years. Only in the last 30 years or so have angels taken this bizarre and uncharacteristic turn in New Age thought.

Regardless, even if it’s an exaggeration to say that’s their only wish, angels could be worked with in this way. It’s all about who you’re working with and what they’re called for. Unfortunately, Papps also says, “Each angel listed has been carefully researched and considered from various sources and in my own meditation with angels.”3 Yet, she doesn’t mention any sources, which is a problem when a lot of her angel descriptions don’t actually match many (any?) sources.

The book itself is  simple in structure, starting with a brief introduction, followed by a chapter for every zodiac sign containing meditations for each of the four angels Papps associated with that sign. The reader can either read the text the entire way through, focus on the chapter of their sun sign (which is supposed to be more relevant to their life), or use the index in the back to find the angel that Papps associates with specific problems.

In the first chapter this already begins to pose a problem, when she states, “Samael, the angel of Mars, provides harmony and guidance in daily life.”4 For those less familiar with their Hebrew, Samael is generally translated as “Venom of God.” It seems like a stretch to assume harmony and guidance are under the direction of an angel thus named. A small linguistic history lesson, for those less familiar with the Jewish religion, Midrash, and the Talmud: Shaitan, or Satan, isn’t a being, but a title or a job description, meaning adversary, enemy, or, less commonly, deceiver. Samael is identified as a satan, and more so “the chief of the satans.”5 Samael is literally the angel of death. I understand that sometimes historical and mythological descriptions of entities can be limiting, the fact that satan Samael, chief of the satans, is supposed to provide harmony in your life is a very far stretch. Also, the only time Samael is associated with a planetary sphere is in the qliphoth (the so-called inverted kabbalah) where he is associated with Mercury, not Mars.

Samael is not the only angel Papps calls upon that doesn’t remotely match their traditional role and mythology. Zadkiel is called the Angel of Mercury6 despite the fact that Zadkiel is well-known as the angel of Jupiter.7 Considering this is a book on angels as they relate to the zodiac, confusing their astrological attributions really detracts from the text. In fact, a quick Google search couldn’t find any references to Zadkiel as the angel of Mercury outside of one book published in 2014, which again raises the problem of Papps lacking sources while claiming to be well-researched. A random sampling of angels used in this book displayed similar lack of consistency with, knowledge of, or respect for the original sources.

The idiosyncratic attributions in Angels of the Zodiac are, sadly, not limited to just the angels. Some very basic astrology is incorrect, which is disappointing. For instance, Papps claims that “Mars rules the head and intellect.”8 While it is true that Mars rules the head in medical astrology, it rules the structure of the head, the physical form. The intellect, as any astrology 101 book will tell you, is under the auspice of Mercury.

There are problems with the meditations on the angels as well. The basic meditation is explained in the introduction, and never really referenced again, and is easily forgotten by the end of the first chapter because each meditation’s description seems self-contained. Papps also says these meditations will leave your chakras open, and part of the base meditation is a method of closing them.

These meditations were very formulaic, to the point that the same sentences and phrases appeared in them again and again. The book could have been a fraction of the size if the basic meditation was written as a skeleton, and there were instructions to just insert the angel of your choice and change the colours of the visualization. Meditations and imagination play a huge role in magick, but there is nothing deeper here. The angels apparently arrive just because you’re picturing an angel in the right colour robes. There is no space set, there is no evocation, there is not even a little prayer. All you need do is picture an angel in soft rose robes and Asariel will be present. (I’m not sure how other angels in rose robes know who is supposed to show up) Evidently, mystically-inclined Rabbis and ceremonial magicians have been doing it wrong for millennia.

Angels of the Zodiac

would have come across better had it presented itself as a book of visualizations to work through psychological blockages. In that sense, it would have some merit as a collection of somewhat repetitive meditations. But the information about angels and astrology is so removed from traditional and common sources that it makes little sense to appropriate the names of Jewish angels for this work.

Author’s note: If the reader is looking for a book that better describes angels and their roles, A Dictionary of Angels

by Gustav Davidson is a great reference, and most books on hermeticism or kabbalah will also include some information on major angels. Another great option is The Dictionary of Demons

by Michelle Belanger. Though the book focuses on demons, many angels are listed, as some beings (such as Samael) are considered either angels or demons depending on the tradition and historical context. There are a wide variety of ceremonial texts on how to work magick with angels, but for those new to the subject, The Art of Drawing Spirits Into Crystals

by Trithemius is an accessible classic text.