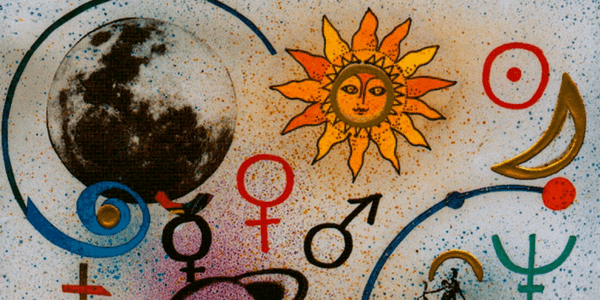 Since the begin of history, astrology has been the system we use to interrogate the stars. The roots go deep into ancient Sumeria. Horary astrology is a branch of astrology that captures the moment, the “kairos” of the heavens and earth frozen together related to a specific concern. The question is posed to the astrologer, who reads the heavens at the time of the asking to discern the answer.

To give you a clearer idea of how it worked, let’s imagine we are in Renaissance England. You lost the key to your sister’s house, and you need to give it back to her husband in a week. You are desperate. A friend advises you to go to someone specialized in tracking and finding lost objects through reading the stars — an astrologer. You make an appointment, and after two days you can finally go his place. Other people are waiting for consultations, but after three hours, you have the luck and the honor to get a consultation with one of the most skilled astrologers of all time, William Lilly. Answering your question, he tells you the keys are in your servant’s room, and they will be found in three hours or three days. After three hours, you have no news and you start losing hope, because even after searching your servant’s room nothing is found. Three days after, your servant brings you back the lost key, found under a carpet that was not searched before.

This is the practical side of astrology, the astrology for common people and handy deals. Now, we are used to everyone knowing the date and time of their birth, but in the past only few people could afford to pay an astrologer to record their birth time and create a natal chart. With horary astrology, any kind of situation can be examined without birth details. People still had questions and problems, and a way to read the stars based on the moment the astrologer accepts the question was accessible to everybody, like it is still now, even though this kind of astrology wasn’t very popular for a time. Horary astrology can even answer less practical-seeming questions, such as those about magick or dream analysis.

and an influential figure on the history of astrology, was born in Leichestershire and later moved to London, where he worked for most of his life. He learned from and worked with various astrologers and magicians of his time. Lilly’s manuals on astrology have been re-published quite recently by Olivia Barclay, a British astrologer and the author of Horary Astrology Rediscovered

. They are some of the most important texts on horary astrology, and written in a language in current use, which makes them very precious.

William Lilly studied the ancients, he was proficient in the classics, and was a physician as well. The figure of the contemporary astrologer is very different from how they were in the past. Back then, the astrologer wasn’t just an astrologer; they were often well-educated in classics, herbs, medicine, architecture, alchemy, and what we would call magick. They were like a mysterious professor you wouldn’t disturb for silly things, and you would pay or do some favours in exchange for time they spent for you.

The work of William Lilly was fundamental for the survival of astrology, and he studied the work of Guido Bonatti extensively. Bonatti was a prominent Italian astrologer who died around 1300 CE. Bonatti studied the astrological systems of the ancient Arabs, Greeks, and Romans, and maybe even Egyptians and Sumerians, but he synthesized his knowledge into a system that is closer to how we practice astrology now. By exploring his works, we have a way to understand ancient astrology. He wrote only in Latin, and his work was translated into English by Benjamin Dykes, a medieval astrologer who has translated many works on astrology and magick from Persian, Greek, and Latin.

Lilly’s writings kept the doors of ancient astrology open for us; most of the old astrology texts were written in Latin, old Greek, old Near-Eastern languages, and Sanskrit, and sometimes they can be cryptic. William Lilly had the fortune to learn from the astrologers and magicians of his previous generation in the Middle Ages, where astrology was ostensibly viewed badly because of its connection to pre-Christian religions, but it was still very common to visit an astrologer to seek advice, especially for practical issues.

This connection is what makes horary astrology special, as we are used to an astrology that speaks about “mindly stuff.” Horary astrology is our umbelical cord to the stars. In this way, we are reminded that stars, gods, angels, or however we want to define them aren’t with us only the sky. 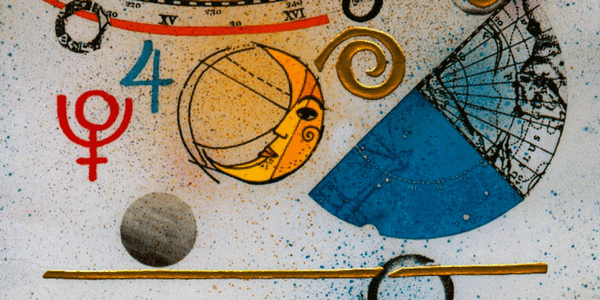 How horary astrology is used

Today, horary astrology is normally part of the background of classical astrologers that study archaic methods, but some contemporary astrologers try to adapt it to new ways of interpreting the charts, for example by adding the external planets Uranus, Neptune, and Pluto. Personally, I would advise a student to be very careful of the use of contemporary techniques and stick with the old ones for horary.

Horary astrology is enough to answer most peoples’ everyday concerns. What we call now “natal” and “elective astrology” requires a deep study of charts and a lot of time from the astrologer, plus the stars often hide unpleasant gifts for us, and not everybody can or wants to accept it. Nearly anyone in western countries knows their birth details quite accurately, and it is common to ask for natal readings from an astrologer. But who really wants or is ready to know their destiny? Even then, many people still believe they cannot get a reading from an astrologer because they don’t have their birth details, but they should know that anyone can seek advice from the stars, and a good astrologer knows the ways. Personally, I find it better to apply horary astrology to those who don’t have an accurate idea of their exact birth time.

I will share a personal experience with you: my first ever question to the stars. At the time, I had a very basic and even poor knowledge of astrology, and I wanted to test it. I questioned the stars with a friend and we asked “Where are we?,” and in the chart, by our planet’s significators, we appeared at home near each other. I was amazed and fell in love with the art, and I decided to deeply study horary astrology before getting into other forms.

Another time, a friend got pregnant and she asked if I could determine the baby’s sex. I agreed, but in the chart, I saw some contradictory elements. The pregnancy was clear, but I could see the baby was at risk. I warned my friend and asked if she could go to the doctor more often, because problems could start to appear after three weeks, and the life of the baby was at risk. (The other option I saw was that she had twins, but that was unlikely.) The baby could have been any sex, but the significator of the baby was Venus, so if it was female the danger would be greater.

Of course, my friend didn’t like my answer and asked me why astrology dares to make such claims, but I asked her what the problem was in getting checked more often. She agreed that it wasn’t a big issue, but she hoped I was wrong. I told her if it was female (which it turned out to be), the pregnancy would be difficult and she’d need to be careful. After three weeks, the doctor noticed problems. She had some bleeding and risk of baby loss, so she needed to move less and rest while pregnant. She wasn’t used to so much rest and she didn’t like it, but the baby was born healthy. I reminded her that I had to tell what I saw. It was helpful to know there was hope, and that she needed more medical checks.

The stars have a language to communicate with us, and that language is astrology. Horary can be seen as everyday chit-chat between us and them, and when an astrologer comes to realize this, their life changes. The stars are very different from us and, as with anyone who speaks a different language, you need to translate. And as in any art, your interpretation can be wrong, even if you try to be as accurate as possible.

The best gift an astrologer can receive, especially for horary consultations, is reports from clients. This can make a difference in their personal research and in improving their skills, and even for the development of horary astrology in future times. If you ever decide to seek advice from an astrologer through horary, remember to give feedback, and if you are studying astrology yourself, I highly recommend learning horary techniques.