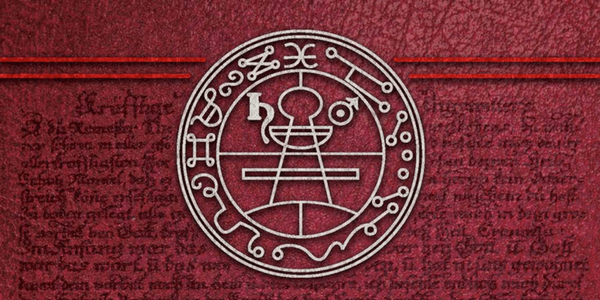 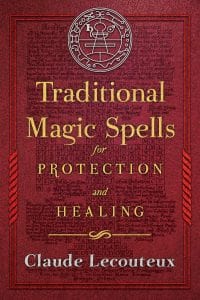 Magick has been around for a long time, longer than modern medical science, which explains why there’s such a large section of texts devoted to magically healing people. Traditional Magic Spells for Protection and Healing by Claude Lecouteux gathers noteworthy, if little known these days, practices from around Europe.

I practice hoodoo which is a protective and healing practice based in African American history and knowledge.1 I was interested in reading this because I wanted to know what European ancestral knowledge was centered around healing and protection. In that regard, this book did not disappoint.

First and foremost, this is a book of spells but it is not a book of spells as we are most used to seeing them. This is a more academic work that catalogs ancient writings on the matter of healing and protection in an accessible format.

After the introduction, the book is broken up into what the spells are meant to focus on. They are in broad categories and inside of each section, they are further broken down into targeted areas of concern. For example, inside of “Healing Animals” the chapter is further broken into sprains, fertility, etc. These subsections are not listed which would make the book a bit easier to navigate but it is not terribly difficult to read.

The introduction sets up some foundation to understand the time and period that these various spells and charms were created in, the culture and the way that they would have been used. These are all very old methods, with the latest being from the 19th century and the oldest being from the 16-17th centuries, if not before. There are many mentions of plants and herbs, some of which are still in use today, but there are also many strange and downright bizarre rituals as well. All of them are European, and they span the continent.

These rituals  run the gamut from pretty traditional magick squares and seals, all the way down to using human bones and feces. I was expecting the sigils and squares, wasn’t really ready for the feces spells. Obviously, they won’t be making it into my practice! The introduction for this is very dry, and not as engaging as the rest of the text. I don’t think it’s necessarily important to read, unless you’re deeply curious about ancient medical practices and the surrounding cultures that created them.

The practices themselves are very engaging. They are generally very short, just a few sentences, and combined some physical remedy, such as an herb or mixing blood with something else, and the speaking or writing of some incantation. This made me think of my own practice, in that it mirrored the work that is done in hoodoo.

There were many spells and protections that were almost repeats. Because this is more of academic work than a metaphysical one, the author was clearly more concerned with cataloguing than he was with these ideas being used in practice. With the ones that are “repeats,” he often includes a footnote pointing out the similar practice from another country.

What was most interesting was the mixture of religion with these beliefs. In fact, they were all, more or less, based on some aspect of Christianity. God and angels were often invoked, not just to chase away demons, but also ailments and to call for the healing of wounds. The prevailing thought at the time was that witchcraft was evil, but there were still are all of these healing practices that we would read as witchcraft in modern times.

The roots and herbs that were mentioned in the book are interesting, and some of which are still used today. Reading this prompted me to look up some herbs, like mugwort, to see if it corresponded with my own practices, or if it was something totally different. I found that many plants, symbols and signals were used the same way, which indicated to me that some parts of these practices had been passed down, even if the overall belief in them had greatly fallen out of favour.

Still there were many odd practices that were listed, and this is where Traditional Magic Spells for Protection and Healing  I think, really shines.  Many spells I would strongly advise against, as they require tying animal bones or parts to one’s body for an extended period of time (and also would do nothing to solve the issue), but they were still interesting to see what people thought would work. The text doesn’t go into the philosophy of these practices, so there’s no explanation of why an eagle bone tied to the hip would cure, well, anything. Those sorts of connections are what’s really missing from the book. Knowing that people did these things and held these beliefs is interesting, but understanding how and why these beliefs came into existence might make a more useful text.

As it is, this text is really just a good reference book. It’s well annotated, so you could certainly do some digging in the history yourself using the text as a starting point, but for many readers, this is just a lot information on ancient magick and it’s uses without any real application. I mean, I’m not going to chant anything to heal my cats paw, I’m going to take him to a vet.

The sections of protection were more useful in the modern world. They included ways to block and break curses, reflect negative energy or demons, as well as repel bad people from your life. These were clearly outlined and could be performed in many cases, if one was so inclined. The uses of seals and symbols were not foreign concepts and have been covered more in depth in other works. The information presented here is cursory.2

Ultimately, Traditional Magic Spells for Protection and Healing was good in a general sense, but as for increasing the depth and knowledge of your practice, probably not. The herbal hints and magical practices that are included in this text are also written in more accessible manners in modern books. This book was interesting and well written, but is more academic than practical.