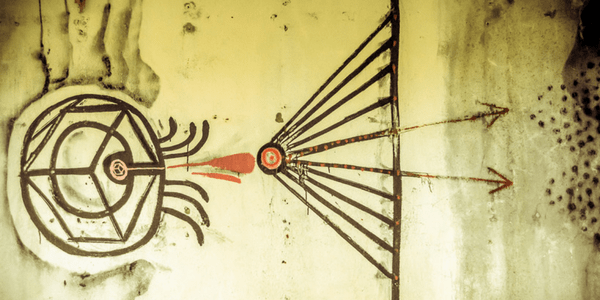 One of the simplest forms of magick to do is sigil magick. Sigils can be found throughout the magick world, and are often used for quick works; however, they can also be employed for long lasting work and protection. They are very easy to learn, making them approachable, but make no mistake, mastering this skill, like anything else in magick, takes time.

Many people make the mistake of thinking that these are simple magicks because they are relatively easy to learn, and do once you have the system of creation down. Although there are various systems, which this piece will go over, they all, more or less, follow the same rules. Due to this ease, people often thoughtlessly practice this type of work which leads to easy mistakes and unexpected consequences.

When working with sigils, it’s not just how to do it, it’s also why and when. Understanding when sigils are best put to use and what circumstances they help most with will help practitioners grow their practice. Though these are simple to use, they’re not meant to be just thrown around whenever.

A short history and what sigils are and are not

Sigils are glyphs created from letters of the alphabet either by using the letters directly or by changing them over to numbers to build patterns. There are done by hand in many cases, but there are multiple websites and apps to help people create sigils quickly and efficiently. That being said, the creation is only half of the process for working with them. The second half is destruction.

The use of sigils was first noticeably pioneered by Austin Osman Spare. He was an artist and was heavily involved with the occult scene during the early part of the 20th century, along  with Aleister Crowley. The two eventually had a falling out, but Spare is responsible for influencing what we know of today as chaos magick. His original work was refined in the later part of the century to be more palatable and easy to work with.

Related: What is chaos magick?, collected by Spiral Nature Magazine

Related: The History of British Magick After Crowley, reviewed by Psyche

Spare had grand ideas for sigil work, some of which would combine the physical body with the alphabet to make new symbols and form a stronger connection with the work, but this never really caught on. This has left us with the very basics of sigil use, our alphabet and for the most part, paper.

Although Spare in considered the “father” of sigil work, and sigil work is still an important practice in chaos magick, many different types of practitioners use this technique. It crops up in modern hoodoo studies, Wicca, and shamanic paths. It’s relationship with chaos magick is undisputed, but it has been adopted by other schools of magick as well.

Sigils are not the same as veves or charms. They aren’t symbols that are placed on other things for protection or to call back to a deity. They aren’t alchemical, they don’t speak to the elements. They are unique structures created to fulfill a certain intent. They are for one-time use, for the most part.

There are have been a few sites and people who have put out sigils for use against massive issues. Some websites have premade sigils that anyone is free to copy and use. There’s nothing wrong with this, as long as the intent that the user wishes is the same as what the sigil as created for, it’s fine.

Sigils cannot be used for issues outside of what they were created for. If your intent when you created the sigil is to find a new job, you can’t then use the same sigil for finding a new apartment. This is because they are created with specific words and phrases and are simply not interchangeable.

Although they can be general, such as a broad sigil for protection, they work well when they are more specific. The act of outlining your intent is part of the ritual of creating them. This is the one issue with premade sigils, they don’t hold much of your own intent. Now with a good foundation in what these are and aren’t, we’ll move on to how to create them.

Related: Sigils, servitors and godforms: Part I, by Marik

Related: Smuggling sigils across: Sigil magick for the professional magician, by Areosol

Making your own sigil in just a few steps

Before we dive in, it’s important to note that this is easier to do on paper than it is online unless you are using a generator program.

Step 1: Identify and set your intent

This literally means sitting down and laying out what you’re attempting to accomplish with this work. Do you want a new job? A romantic partner? A chance to meet someone famous? To get over a cold? Whatever it is you are trying to do, this is where you identify that exact need.

It is also where you decide if this is really the best work for this desire. There’s a time and a season for everything, and although sigil magick can be used for anything, it’s not the greatest for all situations. This is a really subjective practice and there are no hard and fast rules.

The only advice here is to really think about what you are asking for, and if some other practice would not be better suited for getting the results that you want or need. You can, if you want, use sigils for everything, but this isn’t responsible, and likely won’t give you the results you want.

Things to consider: can my petition be boiled down to one concrete sentence? If not, then sigil work is probably not the best work. Am I open to a variety of outcomes that satisfy my original request? If you are not ok with this, then sigil work may be too broad for your needs. Do I know what I really want? If the answer is no, then sigil work is not a good move for you.

Your intent, or petition as I call them, should be written in a clear decisive sentence. “I want a new job,” is fine but “I want a new job in my field that does not require relocation,” is better. The first sentence can find you having to move across the country, or being flooded with offers that you are not interested in. The second sentence gives the magick parameters to work within. There are still ways we could make this petition better, such as by mentioning things like a pay rate or benefits, but for the purposes of this example, this is fine.

The first step is to remove all the vowels. This turns “I want a new job in my field that does not require relocation” into “wntnwjbnmfldthtdsntrqrrlctn” which is very unwieldy. A note on the letter “y”, it is removed as vowel when it is acting as a vowel, as in the word “my,” but otherwise would be a consonant.

This is further reduced by removing the repeat letters. Some people don’t do this step, but I think in longer petitions this is needed. “wntnwjbnmfldthtdsntrqrrlctn” becomes “wntjbnfldhsgrlc.” This string of letters is much easier to work with.

There are a few ways to do this. I will lay them out. The first is perhaps the easiest (and most fun). In the most popular form, you take the letters of the petition and create an image from them. The letters connect and overlap, and the results are often quite attractive and artistic. This process takes more time as they must be laid out intentionally, so that the result seems natural. You don’t just write them on top of one of another.

The second, faster option is to use a grid. This is where we see some overlap between sigils and magick squares. In order to use this method, you must reduce your intent once more into numbers. If you are only transferring their place in the alphabet, you can use a square that has 26 jumbled numbers such as the Square of Mars, or you can reduce them all down to numbers 1-9. The second suggestion is most common, but many people use magick squares as basis for their sigil creation. This goes a bit beyond the basics, so we’re going to leave that concept alone. It is enough to say that, although sigils and magick squares do at times overlap, they are two distinct types of work that exist independently of each other.

It’s very easy to draw with this system. Start at your first letter and just draw lines to the next letters, like connect the dots. The image that is created by the connecting and overlapping lines is your sigil.

How you charge your sigil really depends on what sort of magick your practice. For people who are eclectic, charging is generally a small act of mediation. Some groups let the finish sigil sit on their altar for a few days. Others carry it around so that the energy can be drawn.

Some people skip this completely. Even though I’ve listed this as a step, it’s optional and not everyone does it. I like to have a connection with my work, but not everyone feels like this process makes it any stronger. Whether you do so is up to you. For some the act of creating the sigil is enough.

Related: How to charge a sigil playing video games, by Taylor Ellwood

Sigils are made to be destroyed. That act of destroying it is what activates it. The most common practice is to burn it. This is part of why paper is recommended, because it burns easily. It can also be ripped very easily, in case you can’t burn it. You can even scribble over it completely, which destroys it.

This is also the part that makes online generators a less favourable option. I recommend using them to speed up the first few steps, but copying the sigil onto paper so that it can be destroyed. If that is not possible, save a picture, a screenshot, and delete it or take it into Paint or similar program, and destroy it by colouring, erasing or cutting chunks of it out.

Related: How to use technology for better magick, by Donyae Coles

Well, not really, unless your sigil was about money. As with any work, you must let the universe do its work. It may take time for your sigil to manifest, but give it that time.

This is a basic guide for creating and using sigil magick. You can do many things with it, and it’s best to experiment to find your own style and voice with it.