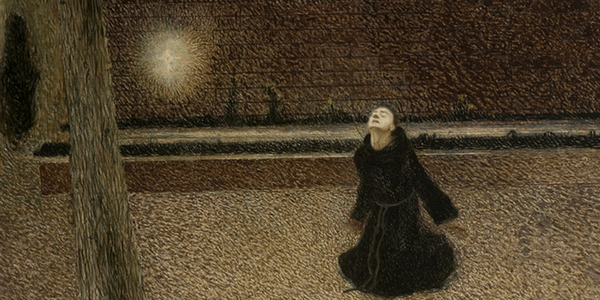 As someone new to the work of Jeffrey J. Kripal, I initially didn’t know what to make of this book. In the author’s own words, Secret Body

is an “excessive, eccentric autobiography” that provides a panoramic sweep of his life and work as told through a succession of anecdotes, essays, lectures, and reviews. In effect, it feels like a crash course in Kripal’s spiritual and cultural beliefs with ideas, opinions, and commentary coming thick and fast. At the outset Kripal, who is a professor of philosophy and religious thought, tells of how he identifies with Professor X of the X-Men, whose secret school of esoteric training is sought out by “mutants.” Like Professor X, Kripal also finds that “mutant souls seek [him] out”1 and claims there are “reports of strange experiences”2 from people who have read his books. At first, this made me wonder if he was, in fact, a narcissistic huckster who was taking this opportunity to brow-beat the reader with four hundred pages of (as Kripal later refers to it) “New Age woo woo.” Turns out that isn’t the case.

I decided to wade in a bit further to see just how much more of Kripal’s fanciful braggadocio I could take. To my surprise, I eventually found him to be a compelling communicator who expresses his ideas with refreshing clarity and acuity. Even so, it is hard to encapsulate in a short review what Secret Body is about, such are the many and varied conceptual avenues it invites the reader down. In simple terms, it is essentially a book about consciousness, and how that trickiest of concepts has fared in relation to developments in religious, cultural, and scientific thought. Should that sound ponderously erudite, Kripal’s evident relish for his subject matter makes this a fascinating journey, particularly in terms of how he manages to weaves biography and theory together throughout.

The “secret body”’ of the title is a somewhat amorphous concept standing for the corpus, or body, of work which Kripal has produced, and of which the book provides many examples. Equally, it stands for a certain essentially inexpressible gnosis which the author received following a powerful mystico-erotic event in which his sleeping body was flooded with energy by the Hindu goddess Kali, and he briefly became her consort, Shiva. The events of “That Night,” as Kripal always refers to the experience, are key to understanding why and how he has been able to maintain an academic rigour towards studying his chosen field, whilst also embracing the esoteric and paranormal potentialities which such events reveal. As Kripal puts it, “I am committed to the most robust rational-critical methods and to the metaphysical reality […] of religious experience and expression.”3 By positioning himself thus, Kripal has unsurprisingly come in for a fair degree of critical opprobrium from certain quarters, which he readily addresses. His account of the Hindu nationalist reaction to his book Kali’s Child

is a particularly noteworthy clash of agendas.

One of his central propositions is that “consciousness is us and it is not us,”4 that what we may think of as our everyday conscious self or body is a cultural and neurological construct  that is authored by an all-encompassing greater consciousness. This relationship between the so-called projector and projected, and how our experience of being part of the whole is filtered and transmitted through to our awareness, is explored through a wide array of topics. Subjects covered include everything from the visionary writings of Aldous Huxley, to a fascinating discussion about the homoerotic basis of orthodox Christianity as opposed to the heretically heterosexual stance of its unorthodox proponents (such as William Blake), to Kripal’s long-term involvement with the humanistic Esalen community in California. Along the way, critical theorist Jacque Derrida, religious historian Mircea Eliade, science fiction, Tantra, precognition, Forteana, UFOs and telepathy are all thrown into the mix, providing much food for thought for the curious reader who wants to pursue these various strands of Kripal’s hermeneutic network of correspondences. All of this feeds into a call for what Kripal terms “the new comparitivism,” which is “grounded in a new realist philosophy of mind” that can “entertain the possibility that mind is more than brain, that consciousness is not just culture, cognition or computer,”  an approach to the humanities in which the paranormal, quantum physics and the study of religion are equal facets of a single ontological discourse.5

Throughout Secret Body, Kripal offers the reader a series of “gnomons” — short maxims that encapsulate key conclusions he has formulated from his body of work. These 20 gnomons are grouped together at the end of the book, and serve as a set of useful coordinates with which to traverse the author’s often challenging theoretical landscape. However, to get the full effect of Secret Body, it is best to just allow Kripal to guide you on through his life and career. Like me, there may be parts of this book you don’t fully believe or understand, but it’s apparent that the author is asking some perceptive and important questions about the future of religious studies, as well as bringing a wealth of intellectual vigour to the whole enterprise.

For those already familiar with Kripal’s work, Secret Body: Erotic and Esoteric Currents in the History of Religions constitutes an absorbing retrospective of ideas now brought together in one engagingly confessional volume. For anyone else interested in exploring mysticism, paranormal experiences, and the nature of being, without having to suspend their critical discernment in order to do so, Kripal’s book will be of great interest. It challenges entrenched positions taken up by those who seek to either defend or debunk esotericism. Above all this is an optimistic book, offering a hopeful new perspective on the cosmic nature of embodied consciousness as a legitimate subject of intellectual, scientific, and humanistic analysis.

Journeys in the Kali Yuga, by Aki Cederberg