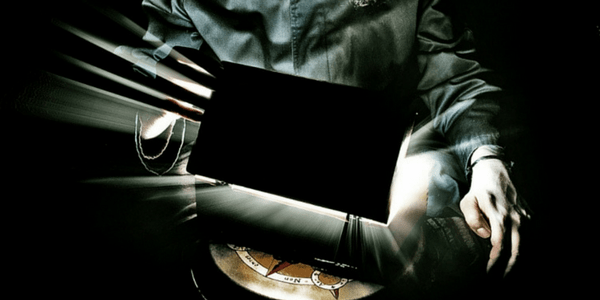 Taylor Ellwood has written about pop culture magick for the past decade. His first two books on the subject, Pop Culture Magick

and The Pop Culture Grimoire

and The Pop Culture Grimoire 2.0

in 2008 in the interim.  Pop Culture Magic Systems

is a culmination of his work that builds off these previous publications and aims to provide a guidebook for readers to create and sustain their own pop culture magick systems. Ellwood describes pop culture systems of magick as:

a system of process and technique constructed around a specific expression of pop culture, which also utilizes the principles of magic. It may or may not include working with pop culture spirits and deities. The pop culture system of magic is devised in order to provide structure and depth to your magic work with the specific pop culture you’ve chosen to work with. The reason you put the system together is because you’ve committed to working with that specific experience of pop culture. The system provides the necessary organization and rigour needed to make the pop culture magic more than just a short term working done to solve a problem. You’re developing a spiritual path that allows you to deep your connection to the pop culture you work with, through the magic you practice. 1

If you are new to learning magick in general, it would probably be best to read some of Ellwood’s previous work first. This book is a guide for those who are actively practising and would like to incorporate pop culture magick into their work. Throughout the book, Ellwood references many magical practices, yet gives little description, as he writes towards an audience who already has a background in traditional magick. For instance, he describes using the kabbalah or Wheel of Life as a foundation for a pop culture magick system, but does not go into detail about what they are or how they operate. He also recommends using pathworking as a key step in the creation of a magical system, but never describes what it is or how to do it.

In each section in chapters one to four, Ellwood included a “Homework” section that gives the reader questions that are helpful in building a concrete foundation for the system they’re creating. The questions are insightful and go a long way in the set-up of a workable pop culture magick system. The homework assignments can then be shared on the pop culture magick Facebook group with other practitioners.2 In this way, Ellwood has created a community for those who wish to explore pop culture magick and also receive support from others. There is even a hashtag (#PCMsystems) to help practitioners share their work and find others.

Ellwood takes a flexible approach to pop culture magick, as it is a new tradition, and he admits there was no system when he first began. Pop Culture Magic Systems is more advice and guidance, stemming from personal experience and insight rather than a prescriptive one-size-fits-all formula. These systems adapt and change as they are used, and Ellwood reminds us of the importance of being open to the various shapes magick can take as it is actively worked. This diversity is what makes the book interesting, and also what makes building pop culture magick systems unique.

Throughout the book, Ellwood mentions that not all magical practitioners accept this type of magick, because it is very modern and is just beginning to emerge out of the shadows of chaos magick as its own genre. Finding others to work pop culture magick with can be a challenge, but Ellwood continually prompts the reader to create these systems so that they can be passed down and shared with others. This is what makes Pop Culture Magic Systems different from his previous books: Its focus on bringing pop culture magick beyond the personal realm so that the systems can be tested, used, and hopefully evolved through time by many practitioners. For this reason, he advises working within the fan base of the pop culture that one chooses. He has found that they are often receptive to these workings, and that their energy is a powerful conduit that can be tapped into.

For one who has knowledge of traditional magick, Ellwood’s book is a very rich resource of how to build a magical system from your favourite stories. He gives examples of how Teenage Mutant Ninja Turtles, Harry Potter, The Elder Scrolls, Batman, The Dresden Files, Star Wars, Doctor Who and other fantasy stories can be adapted into a viable pop culture magick system. There is a strong emphasis on the open possibilities that come with developing this type of magick system, and the reader’s creativity and love of pop culture are frequently invoked. Reading the book is an experience in imagination, as you ponder what characters you would like to connect with, realms you’d like to build from, and tools you could master through ritual and pathworking.

As Ellwood reminds us, “The biggest reason it’s important to make pop culture magic system sustainable comes down to the recognition that for any field of discipline to evolve, people must continue to challenge the established doctrine and tradition of what is already present in the discipline. Pop culture magick systems do just that by taking the various practices of magic and applying them to the pop culture of our time, the relevant culture that all of us can relate to.”3

I highly recommend Pop Culture Magic Systems to any magician who is interested in pioneering new ways to practice magick that is relevant to the stories, themes, and culture of today. Pop culture magick may be a new style, but with this book has the opportunity to become a time-honoured system passed down through generations, giving pop culture fans innovative ways to build a spiritual practice that is meaningful to them, connect with other fans, and contribute to their beloved pop culture through developing a magical system around it.

Working pop culture magick can easily become a journey to personal fulfillment and avant-garde spirituality. Ellwood has provided a well-thought-out guide for the creation of pop culture magick systems that I am sure will remain relevant and useful for much time to come. I am eager to see more people delve in and develop their own systems, using this book as a guide, and watch the evolution of this genre emerge. In the meantime, I will be working on my own pop culture magick system that I now feel confident building based on what I have learned, and sharing my progress with the growing community.