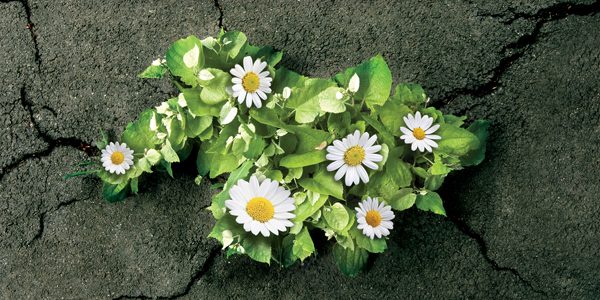 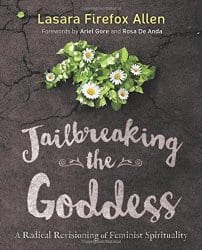 I’ve chosen to be childless. There are numerous reasons why I have no interest in procreating: concerns about personal finances, the environment, the medical industry, my genetic material, and so on. In progressive, Pagan circles, the popularity of radical parenting and the importance of the mother face of the Triple Goddess have made me feel like an outsider. I’ve been told that I’ll change my mind someday — a biological alarm will sound and suddenly I’ll be desperate for a baby. In response, I seek out affirmations for my chosen childlessness. Lasara Firefox Allen’s Jailbreaking the Goddess: A Radical Revisioning of Feminist Spirituality is one such affirmation.

Lasara Firefox Allen’s fivefold model of the Goddess allows practitioners to break away from the “hyperfocus on procreative capacity and function” of the Mother, Maiden, and Crone trinity.1 Working with the Five Faces of the Feminal Divine — Femella, Potens, Creatrix, Sapientia, and Antiqua — is a good approach for feminist Goddess worshippers of all levels and backgrounds. Rejecting the idea that motherhood is a defining characteristic of womanhood presents a model that could appeal to transwomen and allies as well as the childless.

Allen devotes a chapter to each of these divine faces, introducing them with descriptions that are often lyrical; “her hair, the trees of eternity” is part of the picture she paints of the Creatrix.2 Then, the reader is shown “occult” and “empowered” expressions — like Sapientia as a “strict master offering arcane arts” and a “magnanimous professor” — as well as sexual expressions of the faces.3

Each chapter includes sacred seasons, places, plants, and animals. The sacred days are taken from both secular and religious calendars, from Femella’s International Day of the Girl (created by the United Nations, and observed on October 11th ) to Antiqua’s Samhain. In addition to elemental, temporal, and colour correspondences, there are weather pattern associations, sigils, and suggested offerings for the Goddesses.

Suggested rites are developed in later chapters — invocations for each of the five faces written in (mostly unrhymed) verse are referenced in templates for rituals of initiation and dedication as well as invocation. The reader is encouraged to write her own invocations and modify templates, which I appreciate. Deities that may embody the energy of each of the five faces come from a variety of faiths. For instance, Potens can be seen in the “woman girt with a sword” — the Thelemic goddess Babalon — as well as the Vodoun Iwa Erzulie-Freda, Artemis, Ishtar, and Pele.4

However, Allen warns against cultural appropriation and suggests “seeking her children” or in other words, studying with a chosen Goddess’ existing worshippers, to honor instead of appropriate.5 “Honoring,” says Allen, “is about community.”6 However, there is little deconstruction of specific magical communities or texts in Jailbreaking the Goddess. If the reader were to seek the children of Babalon, she might want to know about the gender roles of Thelemic masses.7

Starhawk’s fantastic work is positively referenced when discussing how to decentralize your working group,8 but the writings of Gerald Gardner and Alex Sanders are not specifically mentioned (there is only a vague comment about the spiritual movement having existed for “five generations.”)9  Also, the grimoire tradition is often ignored. For instance, Allen hopes that naming the five faces in Latin “instead of English or another more contemporary language” will “start you with more of a tabula rasa — a blank slate.”10 Latin is rather the opposite; it has been used for centuries in grimoires, which contain gender assumptions that should be challenged.11 In other words, there isn’t enough intersectional feminist analysis of historical texts or existing magical groups.

Instead, the “intersectional feminist manifesta” sections are very broad, looking at society and patriarchy as a whole. Allen’s writing is well researched and accessible, so I would recommend these chapters to someone unfamiliar with intersectional feminism. However, as someone rather familiar with the concept, I wanted her analytical lens to focus on Pagan and magical sections of society. For example, could there have been a discussion of the #tarotsowhite hashtag, rather than the #laughingwhileblack hashtag?12

While Allen acknowledges that some people with uteri are “not even female identified,”13 she suggests that rites of “first blood could be about honoring the girl body instead of being seen and reinforced as an all-too-often premature transition from girl to woman.”14 Are there menstrual rites that honour uteri within different bodies, blood rites for gender non-conforming folks and transmen as well as ciswomen?

As I mentioned before, Jailbreaking the Goddess does an excellent job of suggesting ways to include transwomen in magical groups, such as including transitioning as a rite of passage related to Creatrix15. I also appreciate the way Allen pushes back against positive thinking, the law of attraction, and the commodification of Paganism. As an Antioch College alumna who signed and supported the Sexual Offense Prevention Policy — a contract that required verbal consent for all sexual acts — I’m intrigued by Allen’s discussions of divine contracts: negotiating spirit possessions as if they were sexual encounters, and setting limits on what can be done with your body.16

Overall, I highly recommend Jailbreaking the Goddess to people who are unfamiliar with intersectional feminism and magick. The fivefold model is useful for new and experienced Goddess worshippers alike, but Allen’s political analysis can be too broad for those who are familiar with the concepts she presents. I would love to see another book by this author that focuses on a detailed feminist analysis of existing magical communities and historical texts. While Jailbreaking the Goddess is a good guidebook for women interested in creating new covens or communities, its broad analysis is less useful for those who want to create change or study within existing Goddess groups.

Mugwort: Its magical and medical uses

Anna Biller on the real witchcraft behind The Love Witch