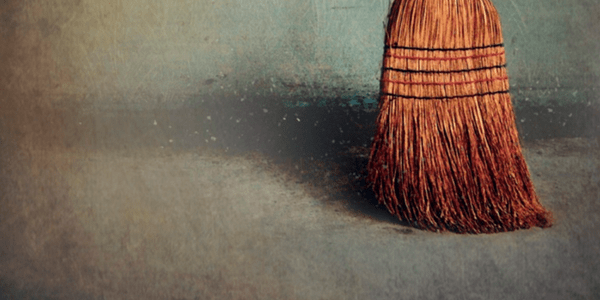 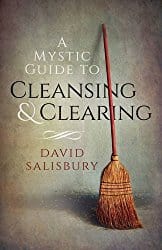 Cleansing your spirit, tools, and space is an important part of many magical practices, but a great deal of people don’t go beyond the most basic aspect of this tradition. A Mystic Guide to Cleansing and Clearing by David Salisbury outlines a plethora of ways and reasons to cleanse which can be worked into a variety of practices.

This is a small volume, and the type is on the larger side. Despite this, it does contain a great deal of information on different ways to cleanse magically, using a variety of tactics, elements, and traditions.

The book has only five chapters, and no illustrations. The introduction provides a focus on cleansing itself, and the chapters following look at how to apply cleansing and clearing to the body, tools, home, curses, and other entities. Within these chapters, Salisbury covers different practices and focuses in each. For example, for home, he breaks the area down into separate rooms, what the buildup of negative energy may look like in that space and how to cleanse it. This makes the text easy to follow and explore if you are prone to jumping around.

Salisbury states right up front that this is not meant to be a book which speaks to a single practice, but rather one that could be used in a variety of paths. That being said, the earlier pages were evidently coming from a Wiccan perspective as he spoke of besoms and wands (which are important to the Wiccan practice). This was not overly heavy-handed and, despite these moments, he does a good job of leaving things open to be worked into a variety of different belief systems, and gives attribution to the systems from which he has gained knowledge.

For instance, he speaks of spiritual baths at one point early on. As soon as I began the section, I realized that he was speaking of the hoodoo tradition and was pleasantly surprised to see him acknowledge, correctly, where the practice originates. The information he gave on drawing your own bath was also correct.

Although I appreciate how inclusive he was as a writer, I still found the section regarding sweat lodges to be in poor taste. Having not have had that experience, the author did share a passage written by someone who had. Although there was nothing wrong with the information, with there being such controversy from appropriation to safety around them, I would have preferred this section be absent.

Aside from baths and lodges, he includes information on how to use smudge, turn de-cluttering into a spiritual practice, and even how to uncross or unhex yourself. One passage I found very interesting was a shorter one, focusing on using crystals to cleanse. It even included a short passage on how to create a grid.1

This is just one example of the type of information he presented which could be used outside of simply cleansing. Crystal grids can be used for a number of things, and the small introduction in the book answers key questions about the practice and gives a practical way to work with it.

The book has many easy-to-follow practices for cleansing which includes, sample prayers, and invocations when fitting. There is some information included about specific deities but they are used as an example, not as a practice that must be followed.

He also covers dealing with spirits and ghosts, which was unusual as most books about cleansing tend to leave that out, preferring to stick to energy work. This type of work is generally restricted to its own manuals. There isn’t much on this subject; it is basic information. If anyone wanted to learn more about dealing with ghosts and malevolent energies, they would need to seek out more substantial works, but the simple advice included in the book is likely enough to help most people find themselves haunted.

The crux of this book is based on the idea that cleansing and clearing isn’t a onetime event. That is something that is meant to be worked into a spiritual practice, as part of it, not as something that you do so you can get down to the real work.

This book is surprisingly useful and well thought out. It does not cover in-depth information, and for specifics of different practices you would really need to find materials that deal with only those practices. For example, it gives a handful of things you can do to uncross yourself but there are dozens of methods, some of which are very specific. Even so, it is worth picking up.

I would recommend A Mystic Guide to Cleansing and Clearing to anyone who is just starting on their journey. I would also recommend it to people who have trouble with the cleansing aspect of the work as a way to help them find new ways to incorporate it into their practice. Overall, it’s a solid book that does a great job of introducing cleansing and clearing to people.