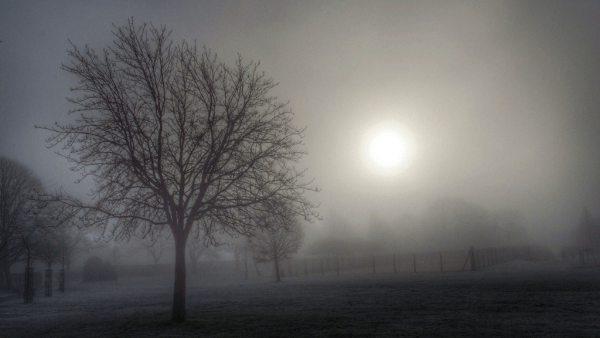 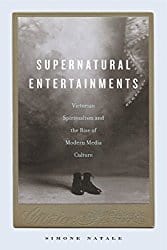 Looking backward in time to see how our ancestors lived can be a profoundly surreal experience. We often focus on how different and strange things were: the antiquated technologies, the out-of-date fashions, the trends and lifestyle choices that were once de rigeur but are now solely the province of anachronistic, Dresden Dolls-loving hipsters. It can be easy to focus on the surface details (like how bizarre it is that everyone in Harold Lloyd movies wears hats) and miss the really disquieting truth about history: the most surreal part about looking back in time is realizing that it’s more familiar than you thought it’d be. As the French say: plus ca change, plus c’est la meme chose.1

Simone Natale’s Supernatural Entertainments opens a window into the past that reflects a world much like our own. We have TED Talks; the 19th century had scientific lectures that used stage magic to draw in big crowds. We have TMZ and tabloid culture; our ancestors had a lurid penny press, working with hucksters like P.T. Barnum to sell controversy and freak shows to the public. We have celebrities, Ouija boards, and a relentless need to be entertained; so did the Victorians.

Natale’s book deals with the intersection of media and metaphysics. When we talk about religion or spiritual matters as a society, we often do so by divorcing it from profane considerations like money or entertainment. Natale points out that this is a false distinction, that for much of human history religion was entertainment. Spiritualist events weren’t just investigations into the afterlife or attempts to contact the beloved dead; they were theatre.

Spiritualists often integrated theatrical conventions into their shows. Some brought in bands and musicians to perform concerts as part of their lineups. Others would throw “phantom parties” and encourage audience members to come dressed as ghosts. And some would use stage magic tricks, or displays of supernaturally-endowed talents — like the medium Lucie Marie Curtis Blair, who would paint flowers blindfolded — to wow the public.

Successful spiritualists had managers, went on tours, and took advantage of the penny press to promote themselves. They were the pioneers of media savvy manipulation, the children of P.T. Barnum (whose ghost hangs over so much of this book). Spiritualists often used a trick straight out of the P.T. playbook by inviting skeptics to their events, just to drum up more press through their critics’ denouncing of their work. Barnum would often promote his events by anonymously sending evidence that called into question the authenticity of his exhibits and freak shows, sparking even more interest in them: skeptics went to confirm the fraud, true believers went to have their faith rewarded, and the undecided went to see what all the fuss was about.

It’s this depiction of spiritualism as an “artful deception” that makes the book’s subject feel so modern. Rather than demanding total faith and acceptance like many spiritual practices do, spiritualist events invited doubt. Like stage magic shows, they expected you to try and out-think them. In some ways, wrestling is an interesting modern analogue for the space that spiritualists used to occupy in society: we know that what they’re doing is fake, but that doesn’t stop us from getting sucked up in the spectacle and drama of it all anyway.

Another provocative point that Natale makes later on in the book is how the world of mediums and ectoplasmic spirits had an impact on cinema. The history of spiritualism is deeply intertwined with stage magic and prestidigitation. Many mediums, before they communed with spirits, were involved in the theatre. Some were actors, but a good number of them were stage magicians, Natale points out. That gift for sleight of hand, distracting patter, and rigging practical effects helped many mediums put on a good show. Some of the magic world’s most famous and influential performers, like Harry Kellar, got their start as assistants to mediums. It’s been rumoured that Houdini himself may have been one too (a rumour that gains more credence when you consider his lifelong interest in studying and debunking mediums).

The reason why this close relationship with stage magic matters is that when film came onto the scene, many of the behind-the-camera talents that helped the medium flower to its full potential were magicians. The most famous of which was Georges Melies, who used his background as a magician to pull off ingenious effects on camera. Film editing and cinematography was also influenced by the spiritual world, adopting many of the trick photography techniques and super-impositions that spirit photographers had mastered over the years.

It’s these kind of associations and connections that make Supernatural Entertainments such an involving read. When spiritualism is depicted in media these days, it’s always seen as this ludicrous, quaint fringe activity. Natale lays out the case that, on the contrary, spiritualism was a widespread practice and field that made a deep impression on our culture. It wasn’t just performed in people’s parlours, but on stages and in auditoriums. Going to see a spiritualist commune with the dead was as normal an activity as seeing a movie or listening to a podcast is for us.

While Natale’s book is fascinating, it is also a fairly dry, academic read. Natale doesn’t use too much jargon, so the book thankfully spares prospective readers from enduring a “you must be this high on semiotics to get on this rollercoaster” test. But his work is clearly written for and directed towards scholars, historians, and other people who are already well-versed in his field; Natale doesn’t enliven his prose with many juicy stories or flashes of humour.

In some ways, Natale’s book reminds me of the work of Dr. Jeffrey J. Kripal. An academic who’s also fascinated with the occult’s influence on culture, his book Mutants and Mystics: Science Fiction, Superhero Comics and the Paranormal is essential reading for anyone interested in learning about the ways real life weirdness infected and influenced the weird fiction that became a huge part of our pop culture (his Authors of the Impossible is also a fantastic read). A key difference, though, is that while Kripal’s work has a similar academic dryness to it, you can also tell that the man is deeply invested in his subject matter. It’s hard to say how much he believes in the otherworldly subjects he writes about, but Kripal seems open-minded and engaged with it. Natale’s book feels more detached from its subject, striving for a historian’s objectivity.

There were moments where I wished I knew more about the person writing the book. What really drew Natale to this subject? Where does he stand on it? Has he ever gathered some friends, gotten drunk, and screwed around with a Ouija board in the middle of the night? That kind of personal connection isn’t necessary when it comes to writing a history as involving and detailed as Natale’s account of the spiritualist world, but it would help make it feel less like a lecture.

Readers hoping for Natale to dig deeper into the metaphysical mechanics and ritual work of spiritualists will also be disappointed: Supernatural Entertainments isn’t that kind of book. Trying to answer the question of whether ghosts are real and whether or not communicating with them is possible isn’t something that this book is interested in grappling with. Natale’s focus is on the industry that popped up around spiritualism, and how that helped shape and define the world we live in today. He’s writing about the ghosts of a past that continue to haunt us, but not the kind you can talk to through a planchette.