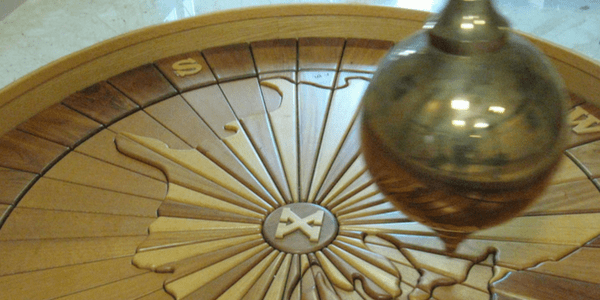 The first time I encountered the art of dowsing, I instantly fell in love with it. Imagine being able to access a source of infinite knowledge and receive an answer to any question. It’s so simply magical.

Dowsing is a form of divination that allows a person to obtain answers based on the movements of a dowsing tool. Generally, a dowser receives either a yes or no answer to any question.

Today, the pendulum is the most common tool used for dowsing. A pendulum is any weighted object that is suspended from a chain, string or thread. However, it is also worth noting that the art of dowsing is not limited to the use of a pendulum. Other traditional dowsing tools are the dowsing rods and the Y-shaped twig.

Most witches would not worry about leaving their wands and athames at home knowing that they can always use their fingers as a substitute. After all, they say that power lies within. But what happens when you forget to bring your pendulum and you need to dowse for answers?

Dowsing can be traced back to ancient times when our ancestors searched for water, precious objects and sacred spots. Historical records show that dowsing tools were used in Egypt during the time of King Tut and other pharaohs. Ancient cave drawings that depict dowsing were also found in various parts of the world and even the writings of Confucius mentions the sacred art of dowsing. ((Cassandra Easson, The Art of the Pendulum, (Boston, MA: Weiser Books, 2005))

How dowsing works remains a mystery. Many scientists who  studied this ancient art concluded that the movements of a pendulum simply come from ideomotor reflex — slight muscle movements due to subconscious mental activity — and that there is nothing magical or spiritual about it.1  Meaning, it is also the dowser who makes the pendulum swing. This also explains how the planchette on a Ouija board moves without the participants consciously moving it. However, many serious dowsers and practitioners of the Craft claim that the answers come from the Higher Self or the God Self. Some say that spirits cause the pendulum to move or perhaps your guardian angel or demon breathes on it to make it swing to a particular direction. There are many views on this subject. Some may be wrong, but it is also possible that all those theories are correct, depending on the circumstances. Still, the important thing is that you receive an answer. Not knowing what really causes a dowsing tool to move only adds to its mystery. 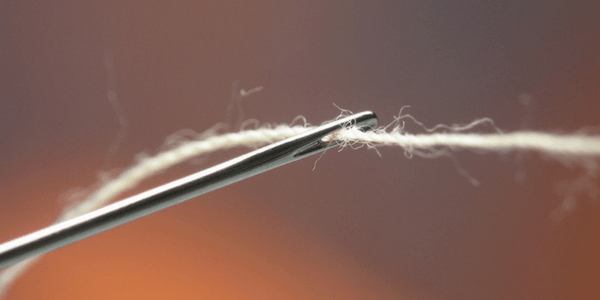 Dowsing with a pendulum

My first pendulum was simply made of ordinary thread and needle. I cleansed it first, so that it would be free from negative energies.  A simple way to cleanse a pendulum is by washing it with water mixed with salt.

After cleansing, I calibrated my dowsing tool to signify a specific response. There are many ways to calibrate a pendulum. An effective way that I learned is to let my pendulum hang freely. Once it is still, I verbally command it to show me yes. I take note of how it moves: from side to side, clockwise, counterclockwise, or whatever way it swings. Then I repeat the same process to see how it responds for no. Once I have an idea of how it responds, I ask it simple questions that I already know the answers to, such as “Am I wearing a red shirt?” or “Is it Monday today?” I repeat this several times, and it never fails to fascinate me when my pendulum responds accordingly.

I still find it helpful to calibrate my pendulum from time to time, especially when it fails to give me the right answers. After calibrating my dowsing tool, that is the time I proceed to ask the more important questions — questions that I do not know yet the answers to.

I often find myself in situations where dowsing with tools just wasn’t practical. Back then, I could not dowse either because I did not have my pendulum with me, or I was too shy to pull a pendulum out of my pocket and dowse in public.

I loved my pendulum, but I realized I became dependent on it. And I wanted to free myself from such limitations. After months of research and experiments, I found that an effective way to dowse without a pendulum is by using my fingers: I placed my hands flat on the table and thought of the word yes repeatedly like a mantra. One of my fingers slightly lifted from the table. Then I thought of the word no and another finger lifted. Finally, I got my yes and no indicators.

But, there was one problem left: When dowsing, you should focus on the question, not on the answer. Would my fingers still respond accordingly?

Just as a dowser would ask their pendulum simple questions to which they already know the answers to so that they could learn how it responds, I also asked the same questions. I found it important not to put any attention on my fingers. After all, I would easily feel it once I receive an answer. Instead, I only focused on the question, as if it were a mantra that repeats itself in my mind.

I practiced this consistently about two to three hours every day. After a few months, I began asking questions to which I did not know the answers. And, to my surprise, I managed to get good results. I first tested it by dowsing the result of a coin flip. Then I moved on to dowsing the colour, suit, and number of the top card of a shuffled deck of playing cards. Of course, these were just simple experiments and did not advance my spiritual development. But, it helped me learn more about dowsing without a pendulum.

Once I got used to this technique, I could easily dowse anything with my hands on my lap or inside my pockets. This made things more convenient. I could do it anywhere and nobody would even notice it.

I also learned that I can assign the fingers that I want for yes and no. All it takes is a simple programming technique. For example, if I want my right index finger to represent yes, I can program it by intentionally moving my right index finger up and down repeatedly while saying yes out loud. The same principle is used for the no answer. The power of repetition is the key for this kind of forced programming to work. I just let it fill my conscious and subconscious mind for several days until I adapt to its new language. Applying the same principle, this will allow anyone to dowse even with their toes. 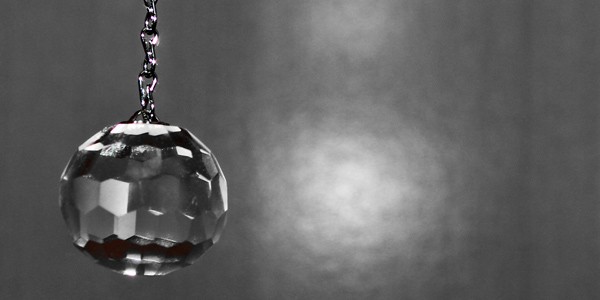 Dowsing without a pendulum also has some disadvantages. Many practitioners use a crystal or sacred stone as the bob of the pendulum and make use of its magical correspondences. This is not possible with this technique. Moreover, the magical moment that feeds the younger self when I hold a pendulum and see it swing before my eyes is also absent. Last but not least, dowsing without a pendulum somehow lessens the solemn act of dowsing. The feeling of holding the chain of a real pendulum in my hand, and the sight of its bob hanging still, with a certainty that the pendulum will move once I ask my question impress the fact that dowsing is a sacred art, that I am dowsing for a reason, and that I am sincerely seeking for an answer.

Dowsing without a pendulum is a practical way to dowse anytime and anywhere. It does not mean we should necessarily abandon our favourite dowsing tools. I also realized that we do not need to depend on material objects, because the whole universe is alive and is listening to us. Lastly, magick is real and infinite, and true power lies within.