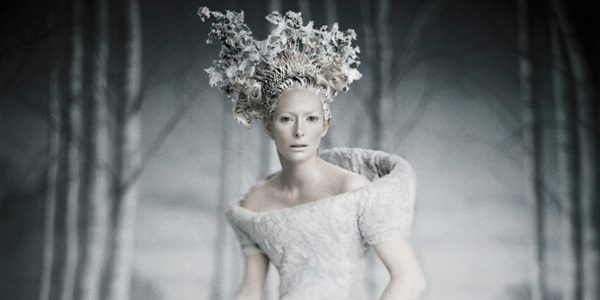 Growing up, I had always been interested in witchcraft. I mostly kept this a secret, because my family was decidedly not in support of the idea. Even today when I speak of tarot or some other form of divination (which can be seen as a mere parlour trick and mostly benign) my mother will give me that look as if I’m walking around with a shoe on my head and she’s not sure why. When I was younger, the idea of anything remotely “witchy” was categorized as “white people shit” and dismissed. When my mother imagined a witch, it wasn’t a spiritual practice rooted in ancestral belief systems, it was girls wearing black velvet dresses, standing in the woods, and communing with the spirits. It was playing Bloody Mary and wearing black lipstick. Not the kind of things that good Black girls did.

There is a segment within Black communities that demonizes magical practices, whatever their bases are, which is likely what prompted my mother’s strange looks, but this is also not helped by the whiteness of the of the scene.

In media representations, witches are white people. White hippy mothers smudging their mini-vans with sage, long curly brown locks trailing down their backs. Emotional teenagers in all black, hexing their math teachers, with extra pale faces and blonde hair dyed pitch black. White men in pressed suits who may or may not be an allegory for the Devil. Regardless of where these people fall on the spectrum of morality, or whether or not we see them as true representations of magical practitioners, this is a solid message about who is using magick, and that appears to be all white people.

When we do see Black people or other people of colour using magick, if it is not directly in the service of a white hero, then it is as a force for darkness or evil. In films like The Serpent and the Rainbow we see traditional practices used by Black people as a source of horror. Or how often is Egyptian symbolism or history used to explain some great evil? Much of this could be due to the lens of colonial Christianity where the religious practices of conquered people have been suppressed in order to control them. Which is why many of the “good” witch representations that we see in popular media are based around magical traditions that are closer to European in nature.

Popular culture has demonized magick that is associated with people of darker complexions as bad or evil, leaving people of colour who want to explore magick at odds with the mainstream and greatly misunderstood. The parts of practices with roots in the cultures of POC that are accepted are often whitewashed1 so that they can more easily fit into the more accepted or well-known spiritual practices. 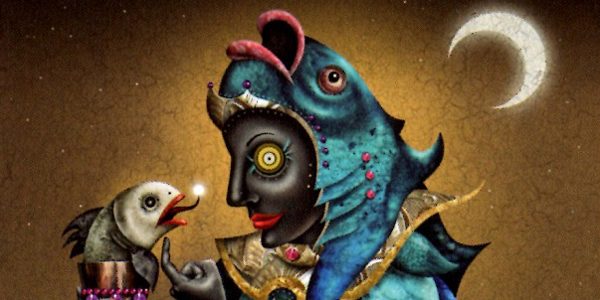 Of microaggressions and magick

I purchased my first tarot deck from a chain bookstore, not because there was not a specialty shop near me, but because I felt that I was not welcome there. I had first visited the local metaphysical shop to make my purchase, hoping to find some guidance on choosing a deck and where to start. The shopkeeper was curt after ignoring me for several minutes to help another group of shoppers. Other store employees eyed the group I had come with — other Black people — while they looked at candles. When I asked the person who was helping me about choosing a deck, she dropped some cards on the counter and just said pick one. That was all.

I left without a deck and ended up purchasing a nearly useless set that came with a book a few weeks later. If I wasn’t so persistent, I may never have continued down the path. Although I have had many positive experiences with different shops since, that one sticks with me, that feeling of not belonging. Granted, the people I was with that first time were snickering over the fertility candles but I, the customer, was sincere about my interests and from the moment I walked in the door of that first shop, I was labeled an outsider. Even if we account for weary shop-keeps who constantly have to deal with people who treat magick as a joke, I was not treated any differently even after it was clear that I was serious about my purchase. While I can’t say that the shop-keep intended to make me feel like an outsider, the fact is that the first impression really stuck.

If we just look at tarot, which is where I started my journey, then we can see how subtle the lack of representation is, and also what a profound impact representations have. There are hundreds of decks available and very few of them feature nonwhite bodies prominently. Those that do have greater diversity generally must be special ordered and are more expensive, making them cost prohibitive. You can easily find The Pagan Tarot, Deviant Moon Tarot Deck, or even Tarot of the Cat People, on store shelves but that decks that feature more than a handful of people of colour are rare in the wild.

Much of the beginning literature that is available in stores that is targeted at people just starting on their journey are based on European or “Western” traditions and speak to the interests of those cultures with perhaps a bit of Egyptian or Eastern philosophy thrown in. Aside from Vodou, it’s nearly impossible to find information on traditional African-based practices in the sense of practical teaching tools in most shops. However, if you wanted to be a Celtic kitchen witch, it seems there’s no end to resources.

This lack of diversity not only makes a ripe breeding ground for unintentional cultural appropriation, but it also helps alienate and discourage people of colour from exploring magick as these spaces do not seem to be welcome to them. It is hard to feel a connection to something that greatly ignores your unique history and culture, where you do not see yourself reflected. When there is some representation, it is often very one-dimensional and does not align to who I am but is meant to stand in for everyone under the umbrella of “Black.” This is extremely alienating and makes me uneasy, especially in a new space.

What helps and what can be better

Thanks to the internet we are seeing more resources for POC who are looking for help or community. There are POC practitioners who are willing to help people who are new to their practice find their way. Social media groups can provide a community for people who wish to practice but feel othered by their local scenes. There are blogs such as Black Feminist Witch and Black Witch that focus on living life as Black witches and highlight practices and representations. Other blogs such as Little Red Tarot or right here on Spiral Nature, though not focused on POC, are making great strides in bringing to light diversity in the craft.

There’s still a great deal of work to do, however. When it comes to resources, there are obviously issues of gatekeeping as far as the companies that are putting out the tools we use. Even so, allies can help by becoming more knowledgeable of tools for a variety of cultures, not just the practice that they are most into. Being able to say “I’m Wiccan or practice chaos magick, et cetera… but if you’re not into that here are some blogs with more variety or books that cover more diversity of practices,” would go a long way to helping people feel more comfortable when starting out, rather than insisting your practice is the right practice.

Occult spaces can do better about diversity and ensuring that people of colour are welcomed into the space openly. It’s not really enough to just say that you are open and welcome people from all walks of life, you must reach a welcoming hand out to them. Resources and tarot decks aside, being open to different traditions or making space for different belief systems within the wider Pagan and occult community, would go a great deal into making a more open and welcome space for POC to feel safe and not like they were encroaching on some “white people shit.”