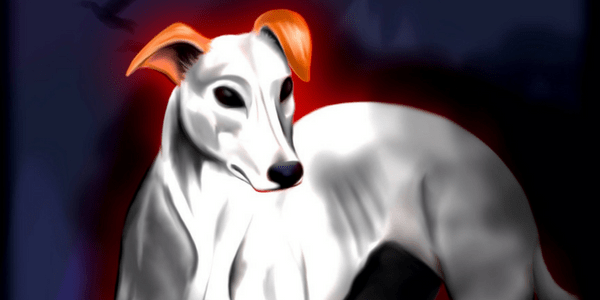 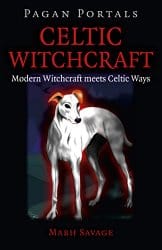 Mabh Savage touches on a variety of topics that may be of interest to a budding witch, including the magical relevance of calendars, colours, the elements, animals, tools, and language. She sometimes relates these topics to historical Celtic references, other times bringing what she understands to be a Celtic attitude to bear. Savage’s goal is to introduce the reader to “a way of connecting with the world, even the universe, which harks back to the Iron age and beyond.”1

The content is explicitly not Reconstructionist, as Savage states “You are not trying to match, action for action, word for word, how your ancestors behaved, because if we do, what is the point of the human race growing and evolving?”2 Savage’s approach to what is Celtic is both broad and vague: “…when I use the term ‘Celtic’ to describe a person or way of working, I take it as read that we understand already that the Celts are no more, and I am using this term to describe someone or something influenced in some way by some part of Celtic life.”3

In other words, anything influenced in some way by something that may have been part of Celtic life is fair game. As Savage herself lives in England, is of Irish Celtic heritage, and was raised by Wiccan parents, by this definition any opinions she has could qualify as Celtic, regardless of it’s origin. This, in and of itself, might be less of an issue if Savage were more fastidious about sourcing her information.

The first chapter is devoted to teasing out a general idea of what may be called Celtic (which is quite broad, as noted above), and the Celts’ influence as it exists in the modern world: for example, the “the Wheel of the Year, the seasonal structure for many Pagan paths.”4 The second chapter is dedicated to introducing some initial principles that will aid the reader as they begin on their path. These principles, or “Stepping Stones,” are: developing a clarity of self, purpose, and emotion, connecting with nature, and acquiring knowledge. Savage’s attitude toward utilizing others’ knowledge is guarded: “there are no hard and fast facts; there is only that which most people agree on.”5 Her own approach to magic is intuitive and intention-­based; “…with witchcraft, motivation and intention is everything.”6

Having acknowledged the Celtic roots of the general contemporary Pagan seasonal structure, Savage devotes an entire chapter to Calendars and the measurement of time. Her approach, however, sidesteps any effort at outlining a “Celtic” calendar; “It’s even more likely that different Celtic tribes followed slightly different calendars to each other.”7 Savage writes that in the modern age, “we are fixated on time and date,”8 implying that this is the wrong way to approach the monthly and yearly changes that occur around us.9

“So what’s important in a Celtic witch’s calendar? Not looking at one for a start.”10 To function without a pre­written calendar, Savage recommends the reader work towards developing a sense of time based on observation and feeling. She outlines the practice of keeping a moon journal, and describes how her state of mind and magical effectiveness vary both with the phases of the moon, and the year’s seasons. Neither the moon cycle nor the seasonal one are provided with explicit Celtic references or links. It is instead the method of relating “without resorting to dates on a piece of paper, or your smartphone”11 that Savage regards as being Celtic.

I am ambivalent about this approach, as seasonal knowledge and measurement was undoubtedly very important to the Celts, given that it is a matter of life and death in any agricultural society. I understand the impetus to develop an internal calendar, but Savage provides no evidence that the Celts were against measuring the seasons aside from her assertions that the Celts were essentially not literate, e.g., “barely anything was written down,”12 “There are a few scratchings of Ogham here and there, but for the most part, the written word was alien to them.”13

The subsequent chapters deal with colours, elements, animals, tools, language, and advice. In the chapter on colour associations and meanings, Savage limits herself to the three colours she associates with Celtic magick: red, black, and white. This chapter benefits from her intuitive, associative approach, and references each colours’ appearance in Celtic mythology as well as broader and sometimes historical associations. Some examples are given as to how to make use of colour in magical workings, such as tying knots in a red ribbon when one encounters a problem, and burying that ribbon to free oneself from those problems, a technique she learned from “the ancient Mexican practice of Curanderismo.”14

As with the chapter on colour, when Savage discusses the elements she provides emotional associations as well as some mythological references and small practices a Celtic witch can do to connect with or make use of that element. Chapter six deals with animals, namely crows, dogs, and bees. For crows and dogs she delves into their mentions in Celtic mythology, but where bees are concerned she states they have had “many sacred associations throughout the aeons, yet [are] mentioned all too infrequently in Celtic texts. We know the Celts ate honey and drank mead, so they must have had skill with bees.”15 Her attitude, as with the calendar, is that “it really doesn’t matter if the animal has ‘Celtic roots’ or not; the Celt is in the way you view the animal, the way you interact with it, the respect you give it, and the ability to see it as a vital part of the world.”16 This might be fine, but again as with the calendar, she provides no evidence as to why she believes this is the Celtic attitude toward animals.

The next chapter describes a handful of tools the Celtic witch may make use of, including cauldrons, music, binding, and clubs. This heterogenous mix of objects and processes feels uneven, but may be a consequence of the brief nature of the book. The penultimate chapter, titled “Splendid Poison” is dedicated to language, in the forms of poetry, spells, and song. Savage’s explanations of the power of and Celtic reverence for words and their performance is tainted by needless quasi­-scientific speculation, “Maybe the Dagda’s harp did put folks to sleep, by over­stimulating their brains and inducing a theta wave state just like that of a dream,”17 and fuzzy logic used to justify unnecessary assertions, “if anything the lack of Celtic writing supports their respect for words.”18

Savage closes with a chapter of advice for readers as they continue on their path: Write everything down (ironic, considering her earlier derision for the written word: “because barely anything was written down, words had a unique power that is difficult to recreate in an age where there is a record of everything,”)19 talk to others, be outdoors, look for the Aes Sídhe, be cynical and open-­minded equally, become part of a community, and, embrace light and darkness equally. A few paragraphs on each of these provide some food for thought as one moves forward.

My complaints with the book are twofold. First is the uncertain provenance of many of the presented associations: are they Savage’s intuitions? Is their origin in mythology, or folklore, or her Wiccan upbringing? Second is that sometimes Savage’s logic is muddy. For example, in countering the description of witchcraft as “new age,” Savage states that “the Old English words wicce and wicca were used for female and male magical practitioners as far back as 890 CE. This shows us that witchcraft is extremely ‘old age’ indeed!”20 The fact that the word was in use at that time has little bearing on how old the practices or perspectives comprising modern witchcraft are — furthermore something being “old” is a poor proxy for merit which appears to be the real point of contention.

Another example is her statement that “there is no good and evil in Celtic witchcraft. Everything you do has consequences and you have to be prepared for that.”21 This is nevertheless followed almost immediately by “if you have darker designs, just remember consequences have a way of biting you in the bum when you least expect it.” Why should the consequences of “darker designs” require more caution? This reads as though Savage has internalized the mechanics of the Wiccan Rede or the new age conception of karma despite neither fitting explicitly into the world­view as she presents it.

Celtic Witchcraft: Modern Witchcraft meets Celtic Ways has some merit to it: the activities that Savage suggests will likely be useful to nearly all who undertake them. However, for someone with an interest in discovering and incorporating specifically Celtic practices or attitudes into their own practice, I would recommend they look elsewhere.