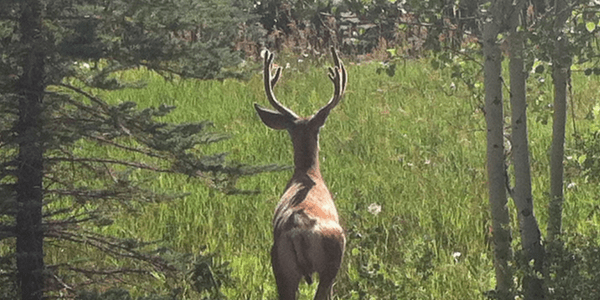 According to the Internet, anything and everything can be your spirit animal.

Like most things on the internet, however, this is not only wrong but extremely offensive. The culturally-appropriative way that the term “spirit animal” is used in everyday speech is extremely harmful and so casual that most people don’t even think twice about it.

The reason why the term spirit animal has risen to popularity on the Internet is because it’s so easily understood. What people are saying is that they like this thing a lot and that makes them happy. It’s that simple. Using “spirit animal” is a short hand that shows how into something they are.

The problem is that the continued use of the phrase is a part of the cultural appropriation of Indigenous culture that seeks to commodify and erase the realities of Indigenous people.

This issue becomes more complex when you add Paganism or spirituality to the mix as people do have practices that incorporate familiars, totems, or other animal representations so it may seem fair to use spirit animal when referring to these “animal spirits.” However, given that the term spirit animal is meant to refer to practices that are unique to certain Indigenous traditions, using the term, even in practice is still harmful. Although certain practices may resemble the tradition of spirit animals, they are not interchangeable.

Let’s get the pop culture part out of the way

First and foremost, the use of spirit animal as a punchline is always wrong. There’s no grey area here. In the same way that wearing headdresses and “Indian Princess” costumes are harmful, using spirit animal to confess your love or enjoyment of something is harmful to the Indigenous people who are living these traditions.

There is a long and violent history of colonization throughout North America that has kept Indigenous people disenfranchised from practicing and preserving their own belief systems and traditional cultural practices, as well as from their right to protect and live on their sacred lands. Historians and academics agree that many of the ways that the “New World” was colonized would today be considered ethnic cleansing and genocide.1

The effects of colonization did not end after settlement, either. For example, American Indian Boarding schools, known in Canada as Indian Residential Schools, existed well into the 20th century. These church and state run schools sought to aggressively assimilate Indigenous children into European (i.e. Christian) culture, and did so by making attendance mandatory. Children were taken from their families, forced to live away from their traditional cultures, and faced neglect and abuse within these institutions, all while many of their family members struggled to survive on reserves because of the trauma, poverty, and illness stemming from the effects of colonialism.2

At the very same time, romanticized images of “noble” savages were seen on the silver screen, and sold as children’s toys and costumes. Today, Indigenous populations still face discrimination, at both the personal and structural level; violent pasts have created difficult presents, and many (if not all) of the same issues still exist today. Movements like #idlenomore3 and #NoDAPL4 are evidence of some of the larger political movements which are gaining ground to tackle these issues, but at the same time, racist representations of Indigenous folks are still found all around us. Maybe this is why it’s so hard for people to understand the issue with the term spirit animal; we have a very long history of normalizing this type of oppression.

When asked not to use the phrase, many people say things like “Well the Vikings had spirit animals!” or more generally “Lots of cultures have them, it’s not just a Native thing!” Both of these statements are actually wrong, but even if they were true, chances are the person saying them (or the person reading them right now) is not a Viking nor do they actively participate in any belief system that has actual spirit animals. Furthermore, when we speak of spirit animals in today’s world, we are referring very specifically to the type based in Indigenous traditions, and our understanding of them is shaped by colonial representations. 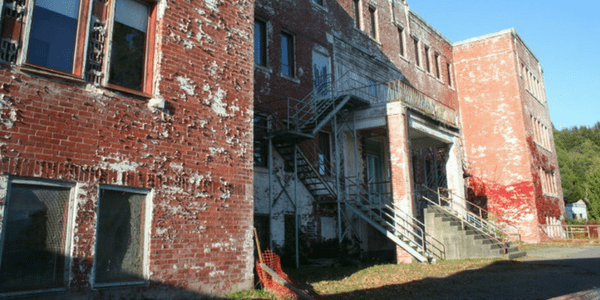 What are spirit animals?

There are a ton of books and websites that talk about spirit animals. With a few clicks, you can get your spirit animal from online quizzes. You can find books that can help you identify the signs in your life that will point you towards what sacred animal is your spirit animal. These are at best complete nonsense and, at worst, bastardization of real Indigenous traditions.

At this point we should discuss the reality that the term “spirit animal” in and of itself is unlikely to be an actual Indigenous term and is instead, a term that was fabricated, in some part, by early anthropologists whose work was propped up by colonial ideas. This isn’t to say that the practice attributed to the term isn’t real, this is only to say that the term is assigned by people from outside the culture. However, since the term is associated heavily with colonial understandings of Indigenous beliefs, it is still harmful to Indigenous people5. Misinformation or not, the two ideas are bound together.

Not every Indigenous group believes in spirit animals. These people are not a homogeneous group; they are varied tribes, with various beliefs and traditions. Spirit animals do appear in more than one tribe’s traditions but not all of them. Each practice is unique and sacred, and thinking you can just be assigned one because you asked nicely is not at all how it works.

Obviously, spirit animals are not granted by online quizzes. For the tribes that do have this belief there is ritual and tradition that goes with it. Once it has been discovered, that spirit serves a specific function in their belief system.

One of the issues that surrounds the idea of spirit animals is that there are other cultures who have the same practice. This, at first glance, would seem to be true. Animals play huge roles in many different religious traditions. However, these are not spirit animals. Many cultures have a version of totemism, “guides,” or even familiars.

These sorts of distinctions are different from spirit animals in their very traditions and how they operate. Totemism does appear in quite a few cultures, most famously, and somewhat paradoxically, in various Indigenous cultures. This is a sort of alignment with a certain animal that may extend to your family as well. We see similar systems in the Norse6 way which explains the mistaken belief that they believed in spirit animals as well.

Similarly, familiars7 also appear to be close to spirit animals but given that they can be and quite often are animals that are living and breathing in this world, they aren’t really spirit animals either and, unlike guides, they are very personal to the practitioner.

Similarly, things like shape-shifters, animals that appear in dreams as messengers from gods, or any number of representations of animals in spiritual practices are not by default spirit animals.These beings often have their own titles and serve a purpose that could very well be drastically different from that of a spirit animal. “Spirit animal” is not a catch all phrase, but it has sadly been used that way.

By using spirit animal as a catch all for anytime a furry, feathered, or scaly creature is mentioned in regards to Paganism or spirituality, we are further appropriating Indigenous culture because like the anthropologists who coined the term, we are stripping away the practice’s original function and meaning and forcing it into a box that is more palatable for our needs.

I’m not Indigenous but I have a spirit animal

If you are not Indigenous, it’s time to expand your language. Lupa’s post on totemism8 is a very good primer on the subject as well as an excellent reading list.

You can also review your own specific practice and tradition, to learn what roles animals play in it. This could lead to a deeper understanding of your own spirituality and belief system.

Moving away from the harms of the past

It may not seem like a huge deal to use spirit animal to describe a part of your practice or even as an Internet joke, but this term just a form of microaggression against Indigenous people. By questioning it’s use, we can step away from practices that harm and further degrade a group of people. As we all continue to grow as practitioners, we should make a point to move away from these harmful practices and towards inclusive systems that do not undermine, belittle, or appropriate.

Thinking about the term spirit animal is a good place to start your self-examination but it doesn’t have to end there. As we become more aware of cultures other than our own we can review our own teachings, see which parts are harmful, and address them. By doing this we will not only address the issue of cultural appropriation, but ultimately form better and more mindful practices for ourselves and our communities.