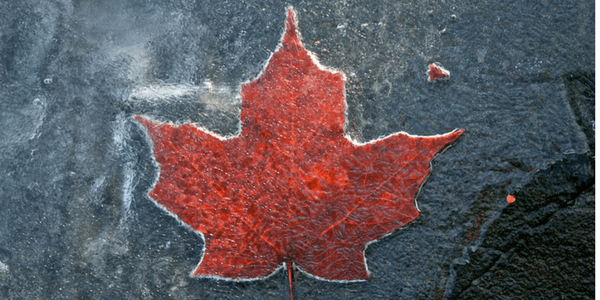 On Human Rights Day last year, a group of Canadian Pagan and Heathens launched a declaration to address intolerance within the communities in which we live, as well as within our own communities. Any Canadian who experiences marginalization knows that in recent months there has been a palpable uptick in discriminatory acts, that leaves some of us hurt, lost, and apprehensive. As a queer person who does work in interfaith communities this has been especially unmistakeable.

The Canadian Pagan Declaration on Intolerance ((pagandeclartion.com, “Canadian Pagan Declaration on Intolerance.”)) came about in the wake of the US election1 when a number of Pagan, Heathen, and witchcraft leaders talked about what we were seeing in our communities, and the explicit rise of hate speech and graffiti against marginalized religious communities. Principally, these attacks honed in on Jewish communities,2  Muslim communities, and in one case a Black-led church.3 This isn’t to say that anti-Black racism, anti-Semitism, or Islamophobia are new in Canadian society — they are definitely not — however, this new acceleration was of concern.

In addition, we saw in 2016 that LGBTQ+ communities were once again becoming a target.4 This became personally impactful on 16 November 2016 when Rachel Kriss, a white trans woman, was attacked at Church-Wellesley in the heart of the Village in Toronto. No one came to her aid, and she was hit, beaten and thrown into fresh cement while many people walked by or laughed at her specifically because, she was a trans woman. As I am also a white trans woman who works in the Village and had been at the exact same spot within only an hour difference, it hit me deep. Nonetheless, as a white trans woman I experience more safety and privilege than trans women of colour, it still hit deep to my own experiences of violence.

This anxiety I felt though, was just as considerable and sometimes immensely more daunting for queer Jewish and Muslim friends, who saw their communities coming under threat from more than one angle. The threats and acts of violence that were occurring often included explicitly neo-Nazi graffiti, such as in one case where the home of a queer Rabbi in Ottawa was vandalized. These threats seem to always have a white-supremacist element as well, leading many Black, Indigenous, and people of colour in Pagan communities to feel their impact as well, something that I as someone who is white haven’t experienced.

The anxiety that had already been building since last year has gone to a more deadly head with the recent attack on a Quebec City Mosque that led to the deaths of six men, Mamadou Tanou Barry, Abdelkrim Hassane, Khaled Belkacemi, Aboubaker Thabti, Azzeddine Soufiane, and Ibrahima Barry.5 The crime committed by Alexandre Bissonnette, a 27 year old white supremacist, cuts deep into the need for Pagan communities to work in solidarity, and showcases the how the anxiety surrounding Muslim communities in particular is grounded in hateful people and hateful acts of white supremacy. Pagans across Canada have offered support through writing letters to local mosques or sending flowers, sending money to the fundraising efforts for the victims families, and attending vigils in honour of the fallen. These actions are important, but we also need to challenge ourselves to look at our own communities’ bigotry in order to undo these patterns of hatred, violent discrimination, and bigotry.

When looking within Pagan and Heathen communities however, we also see prejudice and discrimination.6 Racism, transphobia, homophobia, anti-Semitism, and Islamophobia are not unknown within our own communities. Heathenry has a long history of racism which has included explicit white supremacy including the attempted burning of a Black church,7 exclusion of people of colour from our organizations,8 and most recently a defacing of a local monument.9 Many forms of Wicca have a long history of transphobia and homophobia;10 and within all our communities we carry with us our own prejudices and privileges.

Pagan, Heathen, and witchcraft communities notwithstanding, also have a long history of resistance. Resisting oppression of our own traditions even through witchcraft scares, and Satanic panic,11 which threatened to remove children from their parents. Providing a space for gender and sexual minorities who have felt a lack of comfort anywhere else.12 Standing in solidarity with other marginalized religious, spiritual, and faith communities. The CDPI attempts to make a public statement to stand by that history of our communities, challenge those who look to harm marginalized peoples, and to be welcoming and accepting ourselves.

When I first wrote the CDPI, with the aid and guidance of a dozen community leaders, clergy, and activists, I was concerned about whether Pagans and Heathens would connect and support the Declaration, or whether it would just wind up being the people I was already connected to mostly in Southern Ontario and Montreal. Instead the CDPI caught on with organizations across Canada from British Columbia to Nova Scotia. We had organizations signing on from sizable national or provincial organizations, to small private covens. The Declaration caught on with Druids, eclectic Pagans, polytheist witches, Wiccans, and yes even Heathens, just to name a few. More than 80 organizations from the seven most populous provinces, and more than 500 individuals signed the CDPI within the first month after launch, which showed that intolerance was certainly an issue that many of us from coast to coast were concerned about.

Previous to becoming signatories, some organizations and individuals have conveyed to me the discussions that they had regarding bigotry and systemic discrimination within their own groups and the communities in which they live. This has meant that some Canadian Pagans and Heathens are starting to have conversations about oppression and their own privileges that they never had before.

Some community members expressed disbelief that bigotry was being experienced in Canada, or that there were any issues in our own communities, but challenging them to shift perspectives is essential. To others it has meant searching out the voices of marginalized Pagans, Heathens, and witches. Some of my favourites include We Are Pagans of Colour and the posts of Donyae Coles here on Spiral Nature. Others have discussed how they would work on remaining true to the Declaration. These discussions are often challenging for those involved, they provide a robust discussion of privilege, bigotry, and our core virtues, that are valuable and will continue in future.

Declarations are only a singular public step in addressing bigotry and intolerance. We cannot simply label ourselves as allies to marginalized communities and presume that is enough. The real work comes in challenging ourselves in talking about and addressing bigotry and intolerance in our own communities as well as, working in solidarity with other communities. We as Pagans, Heathens, and witches need to stand up and be present when LGBTQ, Black, Indigenous, people of colour, and marginalized faith communities ask for solidarity and support.

Let us build bridges and stay true to our virtues of building better communities and a better world.