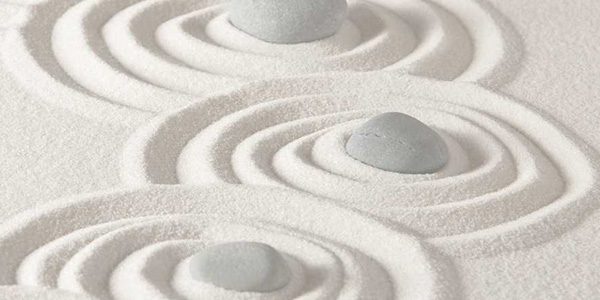 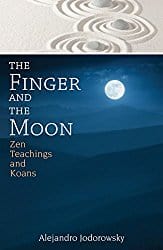 The Finger and the Moon is a collection of Japanese and Japanese Zen stories, teachings, and koans as recounted by Alejandro Jodorowsky, and his interpretations thereof.

The Finger and the Moon begins with a short prologue explaining how Ejo Takata, a Rinzai Zen monk, came to be in Mexico City in the late ’50s and early ’60s. The prologue touches surprisingly briefly on Jodorowsky’s contact with Takata, including only two or three brief snippets of interactions. In one of Jodorowsky’s previous works, he states that he studied with Takata for roughly five years, until Takata vanished, “as if he dissolved into nature.”1 If the date given in the present book marks the beginning of their relationship, Jodorowsky’s study of Zen occurred between roughly 1961-1966.2 There is no indication in either volume as to the frequency or intensity of his studies.

The remainder of the book is comprised of 17 “Zen and Japanese Stories,” 48 “Koans,” and a handful of haikus, each item followed by interpretation or commentary by Jodorowsky. With a few exceptions, it is never explicitly stated where these stories come from, although Jodorowsky does explain that “My interpretations of the stories and koans originate from my encounter with this both great and humble master [Takata].”3 It is perhaps then reasonable to assume that the stories themselves are remembered from Jodorowsky’s studies in the 1960s.

The commentaries vary in length, from a couple sentences to 12 pages. Some contain advice on how to engage with the material, others seek to explain the material as explicitly as possible. Still others veer off into territory that appears to have much more to do with Jodorowsky than the koans themselves. For example, in the 12-page commentary following a koan about an interaction between a nun, a monk, and a master, Jodorowsky slides from commenting on whether the nun or the master is more enlightened to his opinion on why some women act spitefully:

The nun chastises the children because she cannot see the man in her husband, in her master. She sees a child. She denies his masculinity. From her point of view, he is not an adult. She lectures him. In short, she thinks of herself as the universal mother who is always teaching lessons. Many women who have not had a father fall into this foolishness.4

His commentary on the koans is particularly problematic due to the essential nature of koan. While there could be value in providing context to bridge the cultural and historical divides between the reader and the koan, Jodorowsky devotes most of his words to explaining his understanding of what is mentally and spiritually transpiring. By definition, koan are formulated to be confusing, require contemplation, and only be truly understandable by flashes of enlightenment, which defies conceptual formulation. Having someone “explain” a koan will do no good. So why do it?

This leads us to the most important question regarding this book: Why? Why does Jodorowsky feel qualified to publish a book on Japanese Zen? He provides no concrete sources or credentials. As far as we know, his practice of Zen is limited to a period of a few years, ending three decades before this book was first published. He also provides nearly nothing in the way of references or sources for the materials or his opinions on them. In short, Jodorowsky is neither Zen master nor Zen scholar. What value does he have to add? I struggled to find any.

Even if one were to disregard his commentary and focus solely on the koan and stories, these too are of questionable value. For example, “The Test of the Jar,” as recounted by Jodorowsky, involves a man bringing his three sons to a master swordsman, who tests them by placing a jar over a doorway, which will fall as they enter the room. In Jodorowsky’s version, two of the sons cut the jar with varying skill, and the third catches it instead. The master then calls his best student, who sees the jar and refuses to enter the room. ((p. 27))

In D.T. Suzuki’s Zen and Japanese Culture, a similar story is told,5 wherein Bokuden, a master swordsman himself, tests his own three sons by placing a pillow on a doorway-curtain such that it will fall as they enter. The eldest sees the pillow, removes it, then puts it back as he leaves; the next catches it as it falls, and the youngest, who is severely admonished afterward, cuts it in half as it falls. While the stories are superficially similar, the “ideal” cases differ significantly, with Jodorowsky’s version counselling avoidance, and Suzuki’s promoting attentive care.

Without references, we cannot know if differences such as these are simply regional or oral variations or mis-rememberings. Cultural stories often have many different versions, but it would be naïve to suggest that those differences are unimportant. In comparing the two stories, I’m inclined to give Suzuki, a noted Zen scholar, the weight of importance. Rather than simply being different, Jodorowsky’s version may be dangerously missing the point. This could easily be the case with some or many of his other recounted stories as well.

The Finger and the Moon is a book of dubious value. Jodorowsky appears to have no solid qualifications to provide commentary on the Japanese and Zen anecdotes, and the reliability of the stories themselves is questionable. There are many excellent ways to engage with Zen, and potential readers would be well advised to seek one of them out instead.