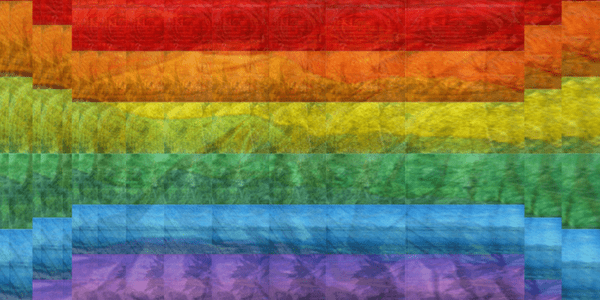 In many paths, it is common to read or hear someone speak the union between certain gods and goddesses as well as references to the divine feminine or masculine energies that exist within and all around us. This use of the gender binary in practice is common, but it is also exclusionary in nature, and in an effort to make practices more inclusive, it’s time to move past the gender binary.

Many people identify with the idea of a gender binary, and if you, dear reader, are one of them, that’s fine! There’s no reason to change your personal practices if that is the case. However, I do encourage you to read this as you may be unintentionally pushing harmful narratives onto others.

What this piece is about is the culture of magick spaces, their reliance on this ideal, and how it pushes people who do not fall into the gender binary or who are otherwise not comfortable with the ideal away. Ultimately, this piece will look at the first steps to adopting a more inclusive practice.

What is the gender binary?

From a social standpoint, this conversation tends to get very complex (especially for those who stand by the idea of gender binary) as we begin to parse biological sex and gender, and how those things are represented as a social construct. Yet, many people today recognize that there are genders outside of male and female, including but not limited to neither.1

What does the gender binary have to do with magick?

Not everyone practices the same exact way, so for some people this may never come up. For people who work with deities and natural forces, this may be something which provides a challenge to them. Many practices that worship or honour gods have a concept of the divine masculine2 and feminine3 energies. These powers are invoked in ceremonies and prayers, called upon for spellwork and ritual.

Wicca and Thelema are both examples of this, and part of their initiatory process involves rituals which invoke various versions of both the divine masculine and feminine. For Wicca especially, we tend to see many gendered practices in terms of celebrations around the sabbats. Ideas of fertility and perfect unions are all very gendered and hetero-normative in which we honour the Goddess or Horned God.

These are popular examples but there are similar beliefs in many religious practices in which a pair is honoured as a perfect union. Sometimes this is part of the creation story, sometimes it’s a sort of standalone image of perfection.

With this as a base for practice, it seeps into the language and representation we use in our rituals and work creating a reliance on the gender binary even outside of group practices.

Related: See Xenia’s review of All Acts of Love and Pleasure, by Yvonne Aburrow. 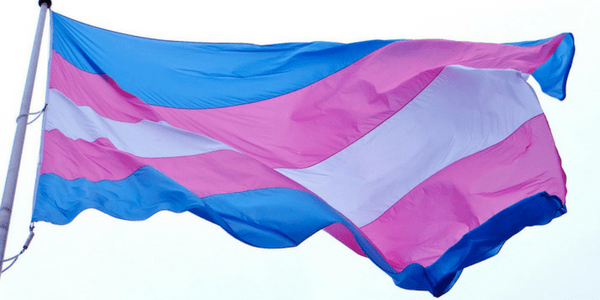 So, what’s the big deal?

The issue with relying on the gender binary is that it can exclude people who do not identify with it.4 On the surface level, people who are genderqueer, intersex, and even trans may feel unrepresented in space rituals that uphold this strict idea of masculine and feminine. On a deeper level, these ideals often reinforce hetero-normative narratives which further exclude people who are lesbian, gay, or bisexual as they do not see the kind of long-lasting and powerful exchanges of energy and emotions, they may engage in, represented in the figures they venerate.

Continued and relentless reinforcement of the gender binary, can cause people who do not identify with it and its resulting pairings as feeling left out, unrepresented, and at odds with their chosen path. Even if they do stick with their practice, this may make them feel disconnected and unable to truly submit themselves to their path.

Even further outside of that, reliance on the gender binary tends to carry patriarchal ideas of men and women and their roles into our practices, which pushes gender stereotypes.

People are reluctant to let go of the language and image surrounding higher beings, because we have been taught and socialized that these beings are always masculine or feminine and must be represented this way, but that is not the case. These practices and ideas were first vocalized, and put into memory, by living people who were ruled by their own biases and that of the culture they lived in, much the same as we are today. Unlike the teachers of the past, we are in the position to change how we communicate and work today. 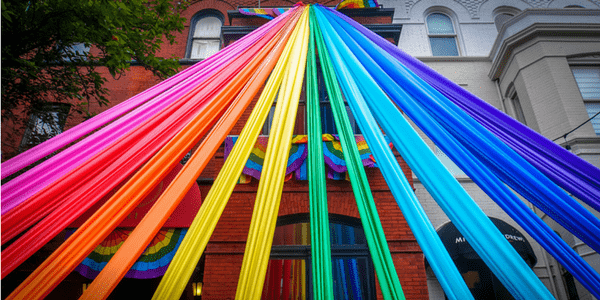 Tackling this issue in our communities and practices is a many-stepped process. It’s not just about changing language but the ideas which surround that language. We often use “masculine” and “feminine” as stand ins for types of energy or power when we really mean “outward” and “inward” or “forceful” and “gentle” for instance.

The first step to changing this, and leaving behind this antiquated idea, is to look deeply at our own rituals and identify why we are using the language we are using, why we are calling on certain beings, and what purpose they serve. For some, that answer will be we are re-enacting a very specific story with specific characters. For others, it is more spiritual alignment, and for them I ask, is identifying male and female necessary?

Is there room for a genderless being, something that encompasses everyone?

There is nothing wrong with updating this aspect of our belief systems to be more inclusive to the people who exist in the world now, as they are. We understand now the gender binary is false, the heterosexual relationships are far from the only type that exist. Our practice, especially those that are undertaken in groups, need to reflect that.

Many groups who act out certain tales, may allow any member to fill the roles of male and female identified characters, so any number of gender identities may represent the people who stand before the group. This is one way to make the ritual more opening, and less reliant on gender roles.

If you are working with gods and goddesses or even spirits, learning more about them and their alignments can open you up for more thorough understanding of your belief system, and find ways to be more inclusive. Are only goddesses nurturing? Are only gods protective? Are there beings who do not identify as either, already present in the history?

Consider the roots and reasoning behind the original legends. Consider what they are meant to teach us. What is the importance of the male/female dichotomy?

In many cases, what we are really focusing on is the idea of duality. That for every side, there must be an equal and opposite side. For light there is dark, for wet there is dry, for life there is death. All of these things unite to create a greater whole. Unfortunately, thanks to the cultures we all exist in, when it comes to male and female, one side is generally seen as less, not equal.

This leads into subtle, and not so subtle, sexism in our practices as well as the issues inherent in “othering” people outside that duality. Substituting language which does not identify gender, but identifies roles instead, is one way to combat this. What exactly that language is, depends on the practice. Consider the story you’re telling, and what it is attempting to impart.

A long-term solution is to review your belief system and to identify how gender is spoken of, why it is used, and question if it is necessary, or if it is something that is being funnelled through our own bias.

The end of the Divine Feminine and Masculine

Some readers may be shocked at the idea of removing this structure from our practice, as these archetypes can be very empowering for many people. However, this is not a piece that is centred on ending the belief in them.

Both of these archetypes are still important in the ebb and flow of life, but so are archetypes that encompass both, and ones that don’t involve either. It is time for these to be represented as well. This isn’t a call to destroy anything, instead this is a call to reflect upon and build stronger communities which are truly open to everyone.