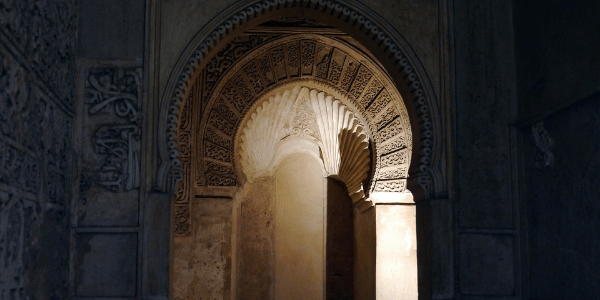 I highly respect my ancestors, both my Beloved Dead and my Mighty Dead.1 I don’t usually call their names and ask for their help, but I always try to know who they were, how they lived, what I can learn from them, and always respect their memory.

However, many of my Beloved Dead would not even recognize me as one of their descendants because of their prejudices and their archaic thoughts. Even today, there are people in my family that would stop talking to me if they knew I was a witch, and they too will become my ancestors in time.

While I think many of the ancestors I choose to honour had more interesting lives, and I feel nearer to them because of their work, I cannot deny where I come from. It was hard at first to honour people who would never approve of witchcraft, yet I felt the need to. The problem was, how to do it in a respectful manner I felt comfortable with?

As with many things, the answer came when it had to.

I visited a friend I hadn’t seen in a long time, and she told me how she used to honour her deceased familiars when she lived alone. She had pictures of them all on a small table, and every time she felt the need to, she offered either a candle or a bit of water and told them she loved them and remembered them, and that “now that I see you all together, I ask for your permission to do things differently.”

That was exactly what I needed. 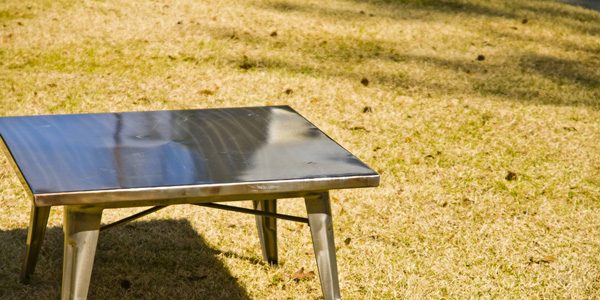 Days after, while I rearranged my altar, I remembered what she said and decided to put a false crow-skull necklace on it and used the cord to “blindfold” its empty eyes, above which there is an inverted five-pointed star. It helps me to remember there is power in death, transformation, the end before the new beginning, but it is also my key to connect with my ancestors.

Crows and ravens are symbols of death to me, and they are actually considered messenger between the worlds. For me, the inverted pentagram it is a symbol of energy focused on the below, the Underworld, that which is unseen. My family does not like that necklace, and I doubt my ancestors would have wanted to see it, but it fits my practice perfectly. Now I only use it when honouring my ancestors.

If the need arises, and I know the answer can come from those who came before me, I put on my raven necklace, turn off the lights except that of my cellphone, take my vampire-themed tarot deck, sit of the ground facing west, and simply ask for their guidance. If I have something to ask, or don’t understand the message I may get, I use the cards.

Why vampires? Because they live in a limbo, they exist between life and death, light and darkness. I have tried using the cards before when summoning the spirit of my father, and although he didn’t like this spiritual path, he answered the call a couple of times.

Related: Portable shrines: You can take it with you, by Laura Perry

Related: How to build an ancestor altar, by Susan Starr 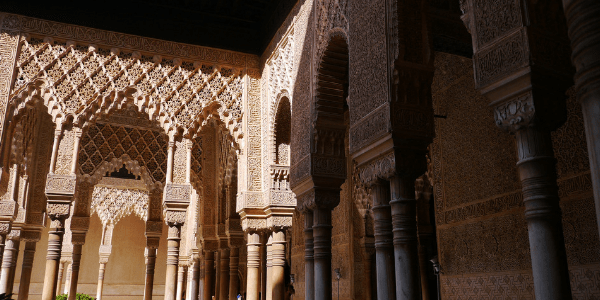 In order to avoid risk, I always ask Hekate to protect me and guide me, or call for Manat, the Arabic goddess of fate, “one of the so-called Daughters of ALLAH, she is primarily identified with a shrine (now lost) between Mecca and Medina.”2

I usually do this with a prayer in Arabic that I wrote specifically for Manat. Also, I have one of these crystals present: quartz to cleanse, white opal to calm, and onyx to absorb negative energy. If possible, I cast a circle with a blade that my dad gave me that has become my athame. Funnily enough, it has a traditional Arabic design.

The other two daughters of Allah, Al-Uzza and Allat, form a highly respected trinity in pre-Islamic beliefs, and coincidentally, along with Manat, they are pretty similar to the Wiccan Triple Goddess.

Allat, for example, “became syncretized with Athena or, according to Herodotus who called her Alilat, with Aphrodite,” and so bears a resemblance to the Mother. While Uzza, according to ‘Amr-Athtar Yunajjam, was seen as a war and healing goddess, and so similar to the Maiden. Allat was also “considered to be a protector of the spirits the dead who dwelt under the earth.”3

Related: Ancestor work: Not just for Samhain, by Donyae Coles

However, I also respect the signs I get in the days before I plan to contact my ancestors. This year, two nights before the day I would contact someone from my family, I woke up after a very personal, yet unsettling dream with my deceased grandfather, and I remained dizzy, almost sleepy, for an hour or so. After thinking about it, I realized it was a warning, and that it would be better not to contact anyone, at least not the day I had expected to. Instead, I had a successful necromancy session before Samhain arrived, in which many of my Beloved Dead came and gave encouraging messages.

Also, I modified the Eko Eko Chant, which could have been an Arabic chant to Mal’ak Tawus,4 to invoke Allah, his three daughters, and three Gods: Hilal, “the deity of the new moon;” Hubal, a “local tutelary and oracular god;” and Wadd, a “moon god. (…) His sacred animal is the snake.”5

My version of this chant goes as follows:

Given the lack of available information, there I still have way more reading to do and so much research in order to incorporate pre-Islamic beliefs in my practice. As a result,  I’m still developing a system that I can easily understand and follow. But so far, I am more than pleased with the results, at least concerning my ancestral work and how I honour my roots.

Related: Sortilége: A crow’s stash of divinatory odds and ends, by Monica Bodirsky

Although I have no control over who my ancestors were and what they thought, I do have control over myself. I ask them to guide me and grant me their wisdom. I try to learn from their mistakes, but under no terms do I let them fight my battles or make my decisions. Theirs was their life and this is mine, and that’s the limit I put between us; it has worked so far.

I accept and respect who my ancestors were, what they thought, and what they would say if they were alive by now. I understand theirs was a different time, but I also ask them to understand the same in return, just like my friends do. I ask their permission to do things differently, but keep their memory and our culture alive in me.