In association with Luke Hawlere.

Do you believe in good luck charms? The notion that certain objects hold a magical quality to them has been in existence since the beginning of time. People all over the world rely on their lucky charms to bring them good fortune or to evoke positive energy in the face of danger. We searched high and low for the most popular lucky charms in the world today, learning about the stories behind them and how they’ve come to be such significant marks of good karma. Read on to find out more about the fascinating history associated to the good luck charms we have come to know, and believe in! 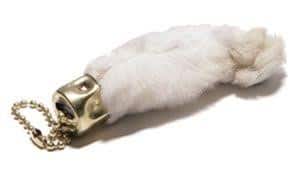 Since 600 BC, the rabbit’s foot has been carried around as an amulet, believed to bring good luck and fortune. The donor rabbit must be killed in a certain way, in a particular place, by a specific individual in order for the foot to carry the attributes associated to good luck. It is believed that the charm came into existence with the Celtic People, and evolved as a symbol in witchcraft throughout hoodoo folklore in North American culture. Particularly, the hind foot of a rabbit is said to bring good luck to those that carry it, keeping evil and any form of negative energy at bay. 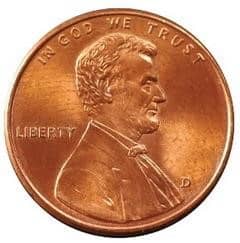 In ancient times, people believed that certain materials like copper, which was used to make pennies, were gifts from the gods. These metals were considered to have protective qualities to them, and people would often carry metal objects with them in order to bring good luck. These days, a penny with its head up is considered a lucky symbol, representing money and, thus, power. In fact, you may find the penny around you as a mark of fortune. For example, bingo games on bingo sites such as www.jackpotjanebingo.co.uk, will often incorporate penny symbols on their reels, hoping to offer good fortune to avid bingo fans. 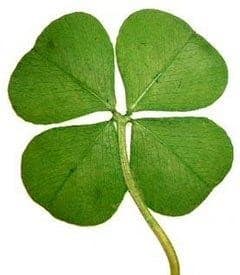 The clover, otherwise known as the shamrock, is said to bring good luck and ward against evil. Each leaf represents its own fortune including, faith, hope, love and luck. The superstition around the four-leaf clover dates back to the story of Adam and Eve, with Eve carrying the clover to remind herself of the paradise she once inhabited. Additionally, there is a belief that the origins of this symbol date back to the Irish, with priests once using shamrocks to acquire healing powers. The chances of actually finding a four-leaf clover are one in 10,000. 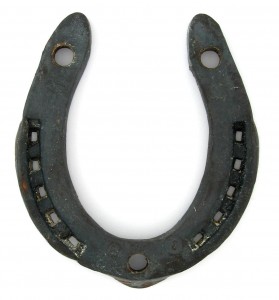 Considered to be one of the most common good luck charms, the horseshoe has a long history to its name. Stemming from Ancient Egypt, where people believed it held magical powers, it continued to remain a strong symbol for people in the 16th century where blacksmiths, who were considered magical themselves, made them. Iron was seen as a powerful substance that evoked strength and luck. Currently, people still hang horseshoes on their walls with the ends pointing up (not down!) for good luck. 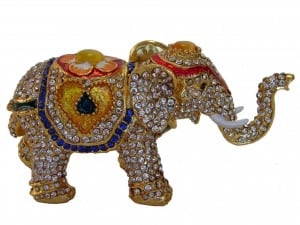 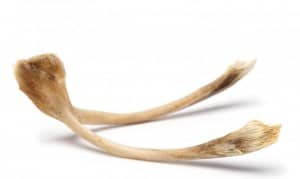 The Etruscans of once before believed that chickens were able to predict the future. In fact, “rooster divination” became a well-known ritual in which chickens were used as the centrepiece for a makeshift Ouija board. The chicken’s wishbone, known as the furcula, is formed by the fusion of two clavicles. When the chicken was killed, the furcula was laid out in the sun to dry, believed to carry with it divination powers. As such, the notion of the wishbone having magic powers still exists. When two people take one end of the bone, the person that ends up with the larger piece upon breaking it is said to have obtained magic powers.

Good luck charms can be a source of comfort and ease when you truly believe in their powers. Considering the histories associated to each charm listed above, people have forever held onto the belief that they have something magical to offer. Perhaps we are best to carry one of these popular charms with us at all times!

How to Find an Authentic Psychic Reader and Avoid Scams

The Spiritual Side of Our Favourite Celebrities and Sport Stars

How to Tell if a Fortune Teller is Accurate