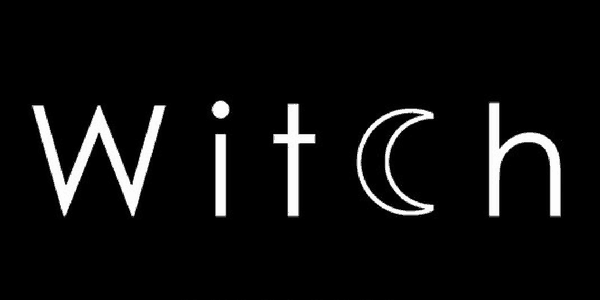 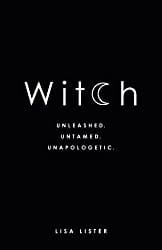 In Witch: Unleashed, Untamed, Unapologetic, author Lisa Lister hopes to present a path for women to free themselves from the patriarchy by reclaiming their ancestral power, their magick, their witchcraft. This book has some excellent points about the patriarchy and some great tips for starting a practice, but it also has toxic views of womanhood and the female body.

I was really excited to read this book. If I am being honest, the cover was what grabbed me first. It looks great, stark black with silver writing in a modern font. Very appealing, very modern. I wanted to read about the history or witchcraft and see her take on traditional magical standbys like the Wheel of the Year, or crystals and herbs. Although these things are present to some extent, the book put me off right from the gate.

As soon as it opens, Lister puts a ridiculous amount of focus on the womb and pussy (as she refers to it throughout the book) as the source of female power. She references periods and childbirth as distinctly feminine magical acts, and posits that the female reproductive system is really the source of all female magick power. Later she talks about how not being in touch with her “cyclic nature” caused her to develop PCOS.

If I had purchased this book, I would have returned it right then. This is not only trans-exclusionary (for both trans men and trans women) but it is also a slap in the face to women who have issues with their reproductive system, who can’t have children, who never have a period. She is not only excluding women — as she states that she is aware trans people won’t find this book welcoming and that she writes books “for women” — but also blaming them for their very real health problems. This is all within the first few pages of the book.

Claiming that PCOS or other reproductive issues are caused by “being out of touch with the cyclic nature of your body” is scientifically unsound and furthermore, realizing that your cycle isn’t “normal” is what clues many women into the idea that they may have this disorder. It is also important to recognize that, of course, trans women are women, so stating that you write for women after admitting that your work makes trans people uncomfortable is exclusionary. It further shows that Lister has a very limited definition of who is a woman and based on this book it is restricted to “People who have pussies and wombs that work correctly.”

I tried to let that go as I read to see if there was anything else to be gained from this book. Lister does a good job at giving some basics of magick such as colour correspondence, information on the sabbats, and very specific cleansing and divination practices. She does so in very clear writing that is easy to follow and sprinkled with personal anecdotes. Her tone is conversational, as if you’re listening to a friend at in her kitchen guide you.

The remarks Lister made regarding the power the patriarchy has had over women throughout the centuries is certainly correct. Western history has been overwhelmingly written by men who have left out the stories of women. However, she also conflates this historical reality with the Catholic church, which in turn leaves much of the focus on being against Abrahamic religions, and ignores the greater patriarchal culture of the west. Although the church has been a tool of the patriarchy for a long time, it is not the only source of oppression, and this text falls short on explaining that. On the upside, she lays this history out in an easy to follow way, so readers who are new to feminist theory can connect the dots and see how that power has been used to not only subjugate women, but also erase our importance in history.

Although she does speak on some historical matters, there wasn’t as much history in this book as I would have liked. She spoke on Sara La Kali, an important figure in her Traveler tradition, who I had never heard of, but beyond this there wasn’t much more. I wanted to read on a wide variety of foremothers who practiced the craft (before it was a craft), but her focus was on her own family with a few notes regarding different cultures here and there. I expected there to be much more meat to this section that discussed history, more inline of Brandy Williams’ For the Love of the Gods.1

Witch: Unleashed, Untamed, Unapologetic is very, very white. She is speaking from her own experience, so it is that of a white woman, but there is a clear lack of intersectionality, which probably shouldn’t be a surprise, since the first few pages could have been summed up as “no trans allowed.” Although she mentions other non-European magical styles, she fails to incorporate the way that magick is different in those cultures. Instead, the history of magick is all rolled into this European persecution narrative that ignores other cultures that have used their magick to survive while being oppressed for other reasons, like skin colour.

Despite claiming to be a more holistic and pathless introduction, this book is strongly influenced by the Wiccan practice. It speaks of casting circles, a connection with nature, not to mention the practice of the Wheel of the Year. There are few practices in Witch that come from other traditions.

Ultimately, this book seeks to bring witches together and out of the broom closet in order to to reclaim their power by giving them some basic tools to start using their own magick, and make their own destiny. In reading this book, I feel like she had the best intentions, but that she was only speaking to women like her and ignored the fact that there are many, many women who are not like her. Who have different intersections of marginalization, who are coming from different backgrounds.

I wouldn’t recommend this book even to my cis female friends. I think that the information in Witch can be gained from other books just as easily, and with a lot less exclusion and bias.

I am a feminist, but I am an intersectional feminist, and even as a cis woman, this book left me out of it’s narrative because I’m Black and it tried to tell me that struggles of European women in the 17th century were my struggles too, but ignored the fact that my ancestors at that time were being ripped from their homeland and sold as property.

I would give Witch: Unleashed, Untamed, Unapologetic a pass. The information it had that was good could be found just as easily somewhere else. Most of it is included in Buckland’s Complete Book of Witchcraft by Raymond Buckland, and even if you decide not to be Wiccan, you will not walk away from the text feeling like you aren’t welcomed.