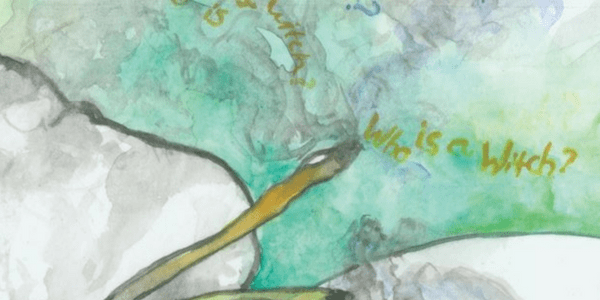 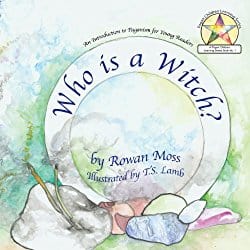 Most people think a witch is what they see on TV and in books: A scary old lady with a pointy hat and at least one black cat. This is especially true for children. Who is a Witch by Rowan Moss with illustrations by TS Lamb is a short and sweet book that explains that witches are just like everybody else, a solid read for children ages three to six.

This is a simple children’s picture book that explains what a witch is in easy to follow language. It does not get into the specifics of practicing. Instead, it focuses more on dispelling beliefs created by common media. It faces them head on by referencing ideas like, “witches turn people into toads” (I wish, sometimes!) or “witches are ugly and scary.” The author then explains that witches are normal people who practice magick — not to harm, but to protect and bring good things into their lives.

Who Is a Witch? has a brief overview of the type practices a witch may conduct, such as working with the sun and moon and herb and kitchen magick. It also touches briefly on covens and rituals though no great detail is given; everything is kept very general in the text. Words marked in green (such as “rituals”) are further explained for curious little minds in a glossary at the end of the book. These definitions are very basic and perfect for the young age group at which this book is aimed.

The illustrations are watercolour and in dreamy tones showing various scenes of witches going about their lives or using their tools. Many of the scenes feature people laughing and sharing, and are very positive and uplifting.

The previous book I read in the series, What is an Altar?, had much more noticeable diversity in the art than this one. There aren’t as many people of colour, and there could be more body diversity. Still, I think the style of the art would appeal to children as it encourages them to daydream and be at peace.

The book also has a very strong Wiccan influence, although it never says as much. There are many pentagrams on the pages. I don’t think this is enough to turn away parents who are not Wiccan as the information is very good and easy to digest, I just think that they should be ready to explain that symbol to their children. It might be a good place to start a discussion on different symbols and images used in your own practice!1

This is a very nature-heavy book in that it really emphasizes natural influences on magick, which is fine. I think that’s pretty neutral, and many witches of all types have some sort relationship with nature in their practices. To that end, there is a simple activity to help children begin to appreciate nature.2

Overall, this book is a very good starting point for young people who are interested in practicing magick or who have parents or loved ones who are already practicing. It does a good job of helping combat some of those stereotypical ideas of what a witch is, especially for young readers. If they’re curious about actual practices, you’ll have to find them some more books!

I would recommend Who Is a Witch? to anyone who has a child or has children in their life who are curious about what it means when someone says they’re a witch.