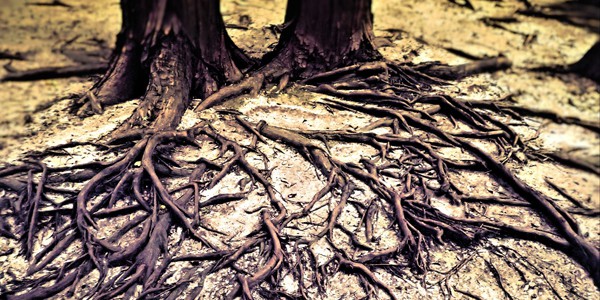 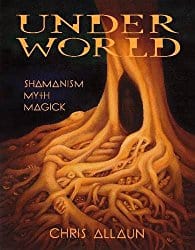 I’ve long been fascinated with underworld mythology, so I was excited for Underworld: Shamanism, Myth, Magic to arrive. It draws on stories and themes from a wide variety of cultures, including Greek, Norse, Celtic, Mayan, Egyptian, Native American, Hindu, Buddhist, Jewish, and Christian mythology. Focusing on both broad themes of what the underworld is and how it functions, as well as practical advice for navigating it, author Chris Allaun writes,

The Underworld is a place of magick and power. Most of us, when we are learning magick and spiritual wisdom seek the four elements, the world around us, and the stars above. All of these things do, indeed, hold power, but what of the world below? There is a vast world beneath us that many fear. Shamans, witches, and magicians know that the Underworld has many secrets. The Underworld, to many, is dark and a place of monsters and the sinful dead. It can certainly be that, but there is much more to be revealed.1

Overall I recommend it, because there is a lot of very helpful and insightful information in it. But bear in mind, this book is written for someone who already has a basic understanding of how magick works, and  a passing familiarity with the myths being referenced. I don’t think it’s completely inaccessible to a beginner, and they may want to have their preferred 101 book on hand while reading this.

Underworld: Shamanism, Myth, Magic is divided into five parts, each discussing a certain aspect or denizen of the underworld. The first is an overview, explaining the idea of the underworld, the function it serves in different cultures, and the importance of narrative, metaphor, and the subconscious mind in understanding it. Allaun discusses the kind of knowledge that can be found in the underworld, as well as the reasons it is often feared and repressed. At the end of this section he provides several exercises for astral projection and for finding a guide in the underworld. These are excellent; approachable enough for a beginner but still useful for someone more experienced. (In fact, all of the exercises and rituals Allaun provides are very useful and they’re one of the main reasons I recommend this book!)

The next section explores the practical aspects of navigating the underworld and what someone might find there. There’s an interesting portion describing various natural landmarks, such as rivers, mountains, and caves, that can appear in the underworld, and what they represent in various mythologies. Allaun offers a brief tour of Hades, Helheim, the Otherworld, and other underworlds he’s travelled in. They’re interesting accounts, and worth reading, but much of them is drawn from his own personal experiences — and thus, are filtered through his beliefs and worldview. Consequently, they often seem very similar in a way that stories coming from vastly different cultures realistically wouldn’t be.

That brings me to my main frustration with this book: how difficult it is to trace where all its ideas come from. It’s clear that a lot of research went into it; it includes an extensive bibliography, but few of these sources are cited in the text, and Allaun often mixes his research and his personal experiences without making it clear which is which. As Allaun says, the underworld varies greatly depending on the person travelling it and why they are there. It could be very difficult for someone new to the subject to glean what they might encounter and what is unique to Allaun’s underworld. What you get out of the first half of this book will depend very much on how well Allaun’s experiences resonate with you.

The third section covers what Allaun calls Hell Worlds: underworlds with an emphasis on trials, punishment, and judgement, specifically the Mayan Xibalba, the Egyptian afterlife journey described in the Book of the Dead, and the Christian Hell. Much of this section is spent discussing rites of passage and spiritual ordeals, contrasting ideas like damnation and eternal punishment with transformation or improving oneself by confronting your own fears and weaknesses. There is some advice and exercises for people seeking that kind of experience, as well as for those who are formerly Christian and are still afraid of going to Hell. He also spends a lot of time discussing the Qliphoth as the shadow of the Tree of Life, and how to work with this idea in the context of other underworld work. I’m no expert in Jewish mysticism,2 but I found this section very interesting and I think it could be useful to those who work with the kabbalah.

The fourth section contains a straightforward — and very fun to read! — bestiary of beings that dwell in the underworld in various mythologies, including dwarves, faeries, demons, and vampires. It includes a very helpful guide on banishing negative parasitic entities that might follow you back from the underworld, as well as some interesting thoughts on guardian spirits and imprisoned gods.

The final section of the book is absolutely fantastic. In it, Allaun describes the restless dead and their interactions with the living: how and why they stay behind, and how they can be laid to rest. Allaun has a great deal of experience helping spirits move on. His case studies are illuminating, providing many examples of reasons someone might have trouble crossing over and ways to help them do so. He approaches difficult issues such as grief, mental illness, and suicide in a compassionate and non-judgemental manner. Also in this section, he discusses the funeral practices of various cultures and how to communicate with the dead for knowledge or magical purposes.3

Deeper Into the Underworld, by Chris Allaun