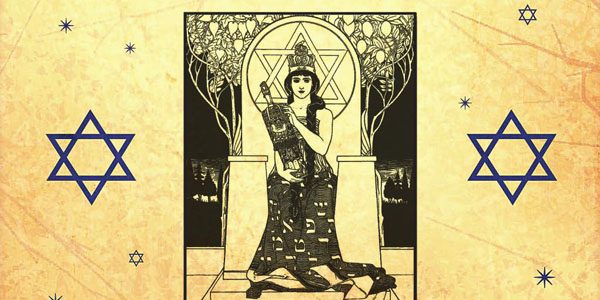 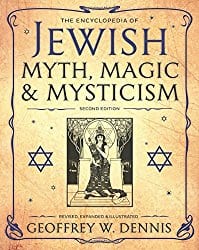 The second edition of The Encyclopedia of Jewish Myth, Magic & Mysticism, published by Llewellyn Publications, provides a fascinating glimpse into many obscure facets of the Jewish tradition. The book is about 500 pages long, and provides detailed entries on numerous topics including Hebrew and kabbalistic terms, Biblical events and figures, heretics and rabbis, mystical tomes, and angelic beings. Written by Rabbi Geoffrey W. Dennis, the encyclopedia is thorough and well researched, and provides numerous footnotes citing both source texts and academic articles.

In terms of look and feel, The Encyclopedia of Jewish Myth, Magic & Mysticism is functional but lacks aesthetic flair. The layout is well done and the text is easy to read. The book features numerous illustrations, most by art nouveau illustrator Ephraim Moses Lilien, which give it a unique flavour. I do feel this book would benefit from being released in a higher quality hardcover version aimed at collectors. With this paperback, it is difficult to get the book to stay open when reading from the beginning or end.

Stylistically, the encyclopedia is clear and concise, and does a good job of presenting complex material in terms suitable for a general audience. One thing the author does particularly well is help to clarify timelines around the emergence of various beliefs. Although the author’s voice typically remains in the background, there are moments when it emerges, sometimes to humorous effect. For instance, in the article on “Arel,” the author writes, “In the Bible, the foreskin is used as a symbol of the imperfect, the profane, and the foreign. But it also makes a great wedding gift (1 Sam. 18; 2 Sam. 3).”1

One thing that struck me while reading the book was the diversity of opinions and approaches that have existed within both exoteric and esoteric Judaism over time. I also discovered many fascinating bits of lore. Some of the information here should definitely inspire those engaged in ceremonial magick. For instance, I learned that there is a book called Sefer ha-Cheshek that reveals how the 72 names of Metatron can be used for magick.2

There were a few areas that I felt could be improved. The article on the Hebrew alphabet featured a diagram of the Hebrew letters that was tiny, which is a major flaw given the importance of the Hebrew language in esoteric Judaism. At the least, the diagram should have been enlarged; even better, the entire article on Hebrew could have been moved into the introduction or appendix to help provide context for the rest of the material. I also felt that the addition of gemetria values3 for Hebrew terms would have been very useful for students of kabbalah. Nevertheless, these minor issues do not detract from the overall usefulness of the book.

Overall, I believe this book should appeal to a wide audience. Scholars of Judaism, students of kabbalah, and ceremonial magicians are all likely to find useful information in the book. Those of Jewish heritage may discover fascinating and surprising details about lesser known aspects of Judaism. Finally, those who are curious about esotericism in general might enjoy skimming through the book and reading the articles at random. The Encyclopedia of Jewish Myth, Magic & Mysticism should make an excellent addition to the library of any occultist with a general interest in Jewish myth and magick.

Angelic Origins of the Soul, by Tricia McCannon