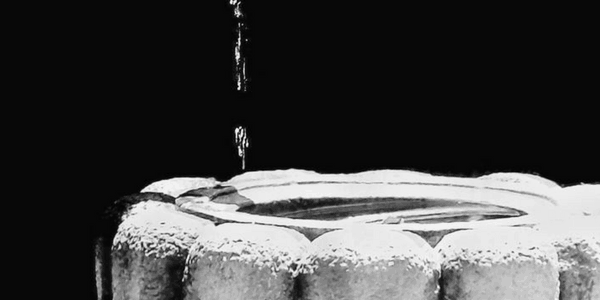 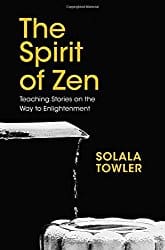 The Spirit of Zen: Teaching Stories on the Way to Enlightenment, by Solala Towler offers a short history of Zen, and a lot of very short Zen stories. They’re really well written. And, taken purely as flash fiction they are fine pieces of work. But of course there’s much more to it than that.

I resisted picking up this title to review for some months because although I have really loved the previous Solala Towler titles I’ve reviewed, I’m not a big fan of Zen. Like many readers, I suspect, much of my contact with the word Zen has been through New Age-style writing. That version of mindfulness annoys me intensely — taken out of any context it might have had and often presented as the only form of meditation in existence (which it isn’t), offered as a mental health intervention (which it isn’t), and generally wafted about in smug and entitled ways.

Could Solala Towler change my mind about Zen? I wondered. As soon as I’d read the first paragraph, my answer was a resounding yes.

The Spirit of Zen starts out with a few pages of succinct history, in which I learned more about Zen than I had ever picked up before. Towler outlines the origins — an Indian Buddhist in China created Chan Buddhism which became the basis for Japanese Zen Buddhism. Bringing names, dates, people and process to the subject shows it as a living and evolving tradition and puts it in a useful context. Cultural context always matters. When we take things out of context we are likely to misunderstand them. I had no idea Taoism was a significant influence on Zen, until I read this book.

Most of the book is occupied with Zen stories and evocative photographs. The photos are black and white, show landscapes which relate to the origins of Zen, and are the kinds of images a person might want to meditate on. The book is beautifully produced — I had a hard copy. It is worth owning as an artefact, as something you can gaze at and reflect on.

The idea of Zen stories, of koans, is something that has seeped out into wider culture sufficiently for Terry Pratchett made jokes about it (a knocking without a door). So, I knew the cliché, that a koan is a story that makes no sense. It would be fair to say that there are no morals offered in this book. The stories suggest a need for answers, but offer none. Some are deeply surreal. Some contain uneasy acts of violence. One of the things I’ve learned from reading Taoist stories is to just go with it and not worry about rational understanding. I believe these stories work best if you just let them happen to you.

As someone firmly outside of Zen, I am in no place to comment on the spiritual value or impact, but there’s a lot going on here that I do want to talk about. Firstly, the stories are very male — the teachers are men, the students are men, women show up rarely and if they do they generally aren’t main characters. This is a tradition full of inherent sexism; something the author squares up to and challenges at the outset.

Poverty is a recurring theme. I like how it is handled, because there is a clear distinction made between those who have learned to be happy with very little as part of their spiritual path, and those who are in distress through real insufficiency.

The stories flag up the health implications of spending most of your time seated round meditating and not eating much. There are characters who fast in search of enlightenment, but there are also voices of reason and compassion advocating care for the body. It turns out that the founder of Chan was not at all in favour of people wrecking their physical health in pursuit of the spiritual.

Many of the stories contrast the impatience, ego, and ambition of youth with the calm, tea drinking, wanting nothing of the older sage. They demonstrate that the desire for enlightenment, the act of working very hard to try and become enlightened is generally a barrier to enlightenment. There’s a distinct parallel with Taoism here.

The stories raise a lot of questions about what stories do, and how the stories we read and tell impact on our thinking. Clearly, part of the point of these often strange and surreal stories is to jolt the reader out of their normal relationship with reality. They are an antidote to smug complacency, to certainty, to a sense of authority and having figured it all out, I think. I suspect there are a lot of layers to these that would become visible if a person spent more time immersed in the tales. Helpfully, the author weaves some explanations in where there are references a western reader might not be expected to get.

I found The Spirit of Zen: Teaching Stories on the Way to Enlightenment, by Solala Towler a fascinating and worthwhile read. I don’t think you need to follow a Zen path to benefit from the experience. Has it converted me? No. But it has shifted my perceptions of Zen, and for that I am grateful.