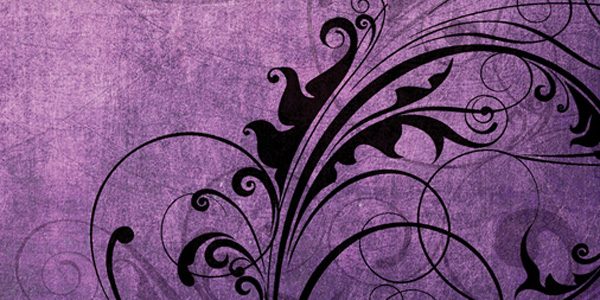 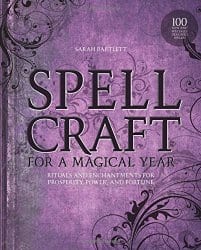 There’s nothing remotely ominous or intimidating about spell work as it’s presented in Spellcraft for a Magical Year. Instead, the process described here is as purely joyful and lighthearted as child’s play. It’s about as accessible, too.

Using household items like candles, mirrors, crystals, flowers, and more, readers can perform up to “100 new and specially designed spells!” using just a few tools and their own focused intention. Each spell aims to bring about a specific form of prosperity, power, and fortune, drawing on planetary energies and the influence of Pagan holidays through the year. Perhaps because they’re all positive and general in aim (spell for a fresh new you, spell to benefit any creative project), there’s little need for much more than a “what goes around comes around” reminder, which is called out in the introduction. This just isn’t the platform for advanced or super-technical information about magick.

Brief and straight-forward explanations on why spells are cast according to time of the year are given: “you can use magic to tap into the power of the seasons and their gods to invoke the right energy for improving your own life and journey. You can work with these energies at any time, but by using them at the allotted period, you increase your chances of success ten fold.”1 Bartlett writes, “If we align ourselves with the cycles and rhythms of the universe, just as we do with night and day, we can also help to make magic happen in our lives and have some control over our own destiny.”2

This book serves as a guide to doing just that, offering designated spells and rituals to harness the powers of the major dates in each month. Each month has seven to nine spells, each aligned with a designated theme. January is new beginnings and spells are about boosting motivation and personal health; February is all about lifestyle changes and spells aim to support courage and banish ruts; March is about manifesting dreams and spells support realization of wishes; April is about beginnings and spells benefit new projects, and so on.

Readers also get a high-level introduction to the process of casting a circle, calling in spirits, and putting ritual tools to work. The result is a pretty quick-and-dirty run down of a magical year, and it’s an inspiring way to look at the calendar if you happen to be new to living according to planetary or seasonal influences. Obviously, readers seeking more in-depth information about spell work won’t be sated by Bartlett’s magenta coffee-table-ready book. But those looking to give their imaginative inner child a treat won’t be disappointed.

Each page is tea-stained, in magazine-style layout with illustrations of cauldrons, scrolls, and apothecary bottles. It’s a treat for the eyes (Harry Potter fans will likely agree), though this isn’t to say the spells here are just “fluff.” Bartlett has collected traditional magick practices from around the world, including medieval grimoires, ancient Mesopotamian and Egyptian magical tablets, Greco-Roman magical texts, and tied them into a visually-pleasing package.

I tried my hand at the spring equinox spell on March 20th, a spell to manifest success. The simple spell required three orange candles (orange to harness the power of Mars), a piece of paper and a pen, and placed them in a triangle in order to enhance their ability to work with the threefold power of Mars. I followed the instructions (each spell has a page of step-by-step instructions), save that I released my note with my written intention into the wind from my balcony rather than burying it in the earth. The book says I’ll see changes within a few weeks.

It’s been about three weeks now since I did the spell, and now that I think of it, over the course of them there have been some pretty significant changes — and all for the better, I’d say. I don’t know if my spell had any part in any of that, but I did enjoy performing it simply for the chance to dream big about success and hone my focus. And generally, I can’t deny that owning a book of spells that looks like it belongs to Ursula the Sea Witch is just an uplifting thought.

For those new to magick, or exploring their path and gathering ideas from many different walks of spirituality, Spellcraft for a Magical Year is a handy and fun to read introduction to the practice of spell work.