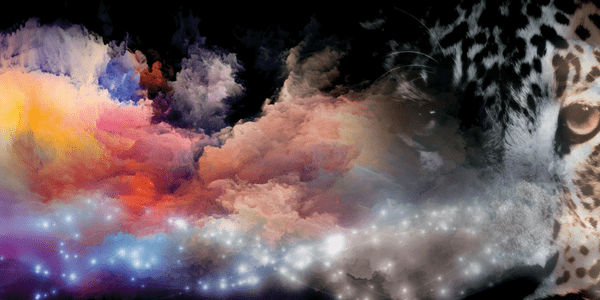 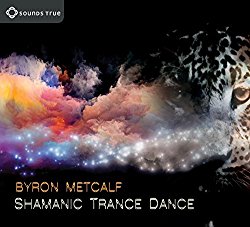 Central to the practice of shamanism, and what differentiates it from other healing modalities, is the need to enter a trance state to speak to, and receive guidance from, one’s helping spirits. The shaman has several ways to do this, such as using plant medicines such as ayahuasca or San Pedro,1 by meditating to the steady beat of a drum or rattle, or by moving the body in ecstatic dance. It’s this last method that is explored in Byron Metcalf‘s new CD, Shamanic Trance Dance.

Metcalf is a musician, recording artist, shamanic practitioner, and ceremonial leader who has built his career making CDs for shamanic journeying and expanded states of consciousness. Previously I reviewed his Spirit of Healing,2 a CD comprised of drum journeys with shamanic practitioner Sandra Ingerman. I am more familiar with the traditional type of trance induction found on Spirit of Healing, and was curious to see what trance dance was all about. As someone who can’t sit still when a rhythm invites me to move, I wasn’t disappointed when I popped in the CD to play.

One hallmark of Metcalf’s work is combining traditional musical instruments such as drums, didgeridoos, and rattles with electronic studio wizardry. On Shamanic Trance Dance he and several other musicians from around the world also blend sounds from clay pots, ceremonial toms, ocarinas, medicine chants, and icaros — personal songs revealed to shamans by their helping spirits — with synthesizers, hybrid electro-grooves, ambient textures, and other electronic sounds. The result is six tracks, each deep, rich and mesmerizing in its own way.

I was especially drawn to the fifth track, “Serpent Weaver.” It starts out slow and slinky, with lots of rattling and long notes approximating the sound and motion of a serpent, as you might expect from the title. The song gradually increases tempo in the middle, then falls back again to a slower rhythm at the end. As I listened I felt myself merging with the spirit of Serpent, wanting to slither and flow along the ground. I was reminded of a particular shamanic training when we were asked to imagine and duplicate with our bodies the motions and sounds of several animal archetypes – Serpent, Jaguar, Hummingbird and others — to become one with them. “Serpent Weaver” is made for such an exercise.

Other tracks are faster, such as “Spirits of the Roadman” and “Portals of Power.” The latter is a very active dance, with much variation in drumbeats and a build-up of internal excitement. I must agree with the CD’s producer, Mitchell Clute, who is quoted on the CD’s jacket. He says, “I tried to simply sit and listen. I really did. But within seconds I was rocking to the rhythm, and soon I found myself out of my chair and dancing around the living room, lost in the pure joy of movement.”

Headphones, as you might imagine, are not very useful when listening to the CD — unless you have a very long cord and don’t mind getting wrapped up in it. I listened to the music using only the internal speakers on my computer, which did nothing to dull the distinct layers of instrumentation, the vocals, or the different beats and sounds of each instrument. Nor did it affect the music’s ability to carry me into the deeper mental states needed to induce a trance.

In the West, there’s a tendency to teach and practice shamanic journeying sitting or lying down, meditation-style. Yet some find that adding movement and one’s own sound lends richness and immediacy to the experience; engaging the whole body allows greater communion with the helping spirits. That was my experience listening to Shamanic Trance Dance; I felt invited to meet my helping spirits on a more alive, active level and to add my own voice to the music as I danced. Next time I’ll grab my rattle and tambourine!