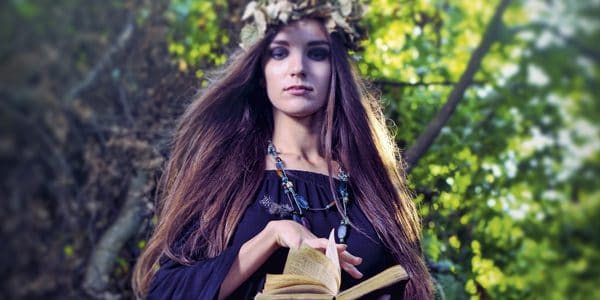 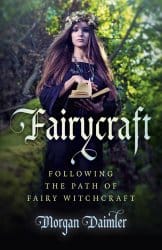 Fairycraft: Following the Path of Fairy Witchcraft is an introduction to what are, in essence, generalized forms of Morgan Daimler’s personal practices. Daimler is refreshingly upfront about this, and does an excellent job throughout the book distinguishing between her opinions, (other) scholarly opinions, verifiable folk practices, mythology, and hearsay.

To Daimler, a fairy witch is “someone who gains knowledge from the fairies and uses that knowledge to help or hinder people.”1 The word fairies as used in the book is a broad term “for any spirits that are Otherworldly in nature, but is also used as a catch-all to describe animistic spirits and land spirits.”2

This is, however, not a book filled with knowledge obtained from fairies, but rather a book about dealing with fairies. As such, the bulk of the book is dedicated to clarifying the worldview within which fairy witchcraft functions rather than providing a laundry list of actions bound to situations in which the reader will not likely find themselves. It provides a context and the beginnings of a path the reader can follow to become a fairy witch.

Daimler begins with beliefs, the basic premises of her craft. The following chapters deal with gods, fairy etiquette and protections, an explanation of the various creatures and spirits within the Other Crowd and ancestors, tools, and ritual space. After that, she covers holidays and prayers, rituals and practices, stones, plants and animals, magick, dreaming and meditations, and finally living witchcraft.

There is a great deal of ground covered here, and in consequence few topics are covered in much depth. However, some of the topics could probably have been left out without missing much. For example, the section on holidays is not significantly different from that which one would find in pretty much any book on modern witchcraft. In contrast, the section on stones demonstrates a perspective divergent from the general contemporary Pagan attitude and is valuable because of this. Daimler says, “it isn’t about what you can buy, but about what you can find in rivers and streams and in the ground around you.”3 As initially mentioned, Daimler does an excellent job clarifying which items are her personal opinions, and referencing the Irish and Norse sources from which much of her positions are derived.

At times her analysis can seem incomplete rather than simply brief. For example, in discussing directionality and movement, Daimler states that “movement with the sun (clockwise) is for blessing and movement against the sun (counter clockwise) is for cursing.” Rather than simply stating this as arbitrary fact, she then provides a number of sources as confirmation, some more credible than others (the notion that “a warrior with bad intentions would approach a place counter-clockwise to indicate that they were an enemy (McNeill, 1956)”4 is laughable, although the blame perhaps lies with the source rather than Daimler herself).

She closes her argument with the statement that “the old Irish words for male and female witch — tuaithech and bantuaithech — are both strongly connected to the concept of north and counterclockwise.”5 Is this evidence that counter-clockwise is the direction of harm? Or that it is a direction associated with fairies? Were these individuals regarded as primarily harmful? If so, by whom? There is clearly more to unpack here, but Daimler does not go into detail. In this particular case, it may be related to her perspective on fairy witches as being a balance of light and dark, in contrast to the light-only attitude of many other paths. In other words, she may not be interested in unpacking the association of harm with witches as she herself identifies as “someone who isn’t afraid of doing what needs doing. Who can heal or hex without hesitation.”6 In any case, she discusses the concepts of balance and harm themselves much later in the book.7

In general, however, Daimler goes into as much detail as can be expected in an introductory book, and there is little to criticize about its contents or structure. Of particular value are the Modern Experience components at the end of sections or chapters. Each one relates an anecdote from her own life related to the just-discussed topic. This goes a long way in contextualizing the practices and providing the reader with a way to calibrate their expectations.

For example, having cultivated a relationship with her house-spirits, Daimler is then put in an awkward position when she provides hospitality to a family member they don’t like. The door jams on the day they move in — and is broken in the process of being opened. The phone in their room malfunctions, as does their computer, and the room stays uncharacteristically cold. Daimler brokers an unstable peace through frequent offerings and paying even more attention to the spirits while the family member stays there. The anecdote illustrates the labile nature of relationships with even good-natured fairy spirits, and the sort of influence they may exert when mildly displeased.

Fairycraft: Following the Path of Fairy Witchcraft is well written, accessible, and worth a read for anyone considering interacting with the fairy folk in any capacity, whether or not they are interested in dedicating themselves specifically to the path of a fairy witch.