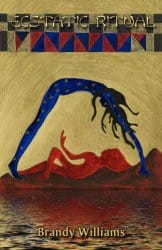 This is a revision of a book originally published 20 years ago. During the intervening decades there have been many changes. Some of these changes have had a major impact on the world of sex magick (the AIDS epidemic is one example) while others are less obvious (more works by female writers).  Nonetheless, they have all contributed to changes. Williams did an excellent job the first time around, and has made only minor changes to this second edition.

Williams has produced a very usable introductory book on a topic which is slowly gaining acceptance within the magical community. For far too long the topic of sex magick (or, in my opinion, more properly, sexual magick) has been hidden away from the average magick worker, restricted to “higher initiates” and often relegated to the left-hand path or dark magick (don’t even get me started on that topic). Whether or not one uses sexual magick, everyone should be familiar with the concepts and tenets.

One of the few major alterations to the text is in the chapter dealing with bodily fluids: AIDS has caused major changes in attitudes and understanding.

Appendix three deal with ethics which is a topic that is seriously under-dealt with in most books on magick. Most authors dismiss the topic with a few words or sentences. At three pages this is a good beginning, but could still benefit from a further expansion.

My overall impression of this book is quite favourable. It covers the subject well, while still allowing for further explorations. Williams’ style is very readable and her work definitely stands the test of time.

Williams does her best to be gender- and judgement-neutral in terms of the various potential partnerships, although she has a few “unacceptable” scenarios (which should be upheld by any competent, caring individual).