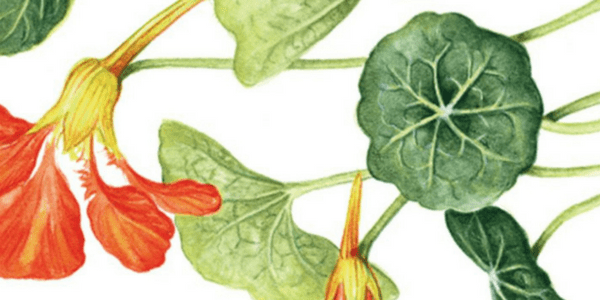 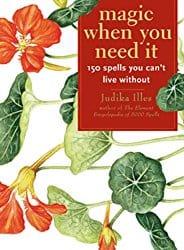 Magic When You Need It: 150 Spells You Can’t Live Without

From the author of The Element Encyclopedia of 5000 Spells

comes a collection of 150 spells she describes as “super-powered” to help you out of a variety of problems in your life, when you just need some help. Judika Illes breaks the spells down into four categories: Money and Career; Love, Sex, Marriage and Children; Home; and Trouble, with the latter being miscellaneous magick that doesn’t fit elsewhere.

As someone who is generally not a fan of spell collections, though wary, I tried to give Magic When You Need It a fair read, but I admit the introduction had me worrying when Illes mentions that “Although you may be uselesson the job, worthless at home, you’ve never been in better fighting form to accomplish genuine, working, solve-your-problem magic!”1 Though a dozen pages later, she does emphasize the importance of practical, real world actions to backup your magick, otherwise it won’t be effective, which I felt should have followed more closely to her segment about how having a life that is going down the drain means you can perform great magick; thankfully though she did explain that “Magic won’t do your work for you,”2 and would be most effective if in tandem with other efforts.

The spells and theory (what little there is) in this book draws largely from Wicca as evidenced by her use of the Wiccan Rede, though not by name, as being the “core philosophy”3 of magick and the basic structure of many of the spells. It is also heavily influenced by Hoodoo and related traditions, as many of the oil recipes throughout the book illustrated (such as Fiery Wall of Protection), and the use of recognizable hoodoo figures and practices.

Unfortunately, when it comes to many of the recipes for oils, incenses and washes, there is no quantity listed with the ingredients, which in some traditions can be detrimental as the balance of different herbs is just as important as what herbs are in it. While many of the spells seem rooted in Wiccan traditions and hoodoo, other spells stem from sources all over the world, from the eastern reaches of Asia, to eastern and northern Europe, and down through the Americas, spells that seems to reach back through time to older sources, and other spells are obviously of more modern origins, such as those dealing with computers.

The spell collection does live up to Illes’ goal of simple to perform spells for a variety of problems, from getting cash or out of debt; to keeping a lover true or fitting into your wedding dress; to magically dealing with pests and rodents or getting someone to rent your spare room; to quickly getting a Green Card or stopping yourself from going bald.

Included in the book is “a psychic shopper’s guide,” a collection of stores from North American, the UK and Australia, that Illes recommends as places to get high quality and authentic ingredients and oils for the various spells. Though as an impressive addition she ends the book with a set of botanical classifications, giving the common name of planets used in the book alongside their Latin names, to help ensure that you know you are getting the right plant, especially as sometimes plants in magick have similar names, or even the same name.

As an admitted non-fan of spell books, I did find Magic When You Need It to be an interesting to read. It collects different traditions, along with several recipes, and the proper names for various plants used in magick.

While never directly stated, I feel this book is largely geared toward beginners, and may not be a bad place to start; though theory may be scant, the exposure to a variety of traditions can allow a person newer to magick to perhaps see what style or tradition seems to appeal to them, or perhaps what doesn’t. A good collection of simple spells written with humour and good intentions, it seems like a good book for those who this type of magick appeals to.