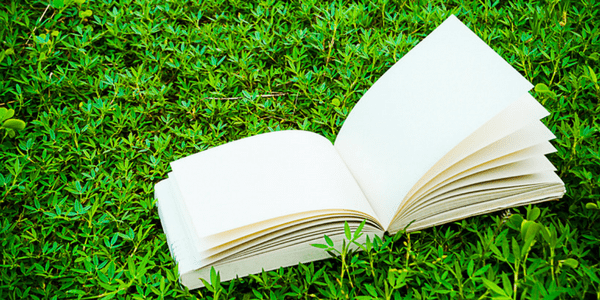 There’s a perennial debate about whether one should read books in order to learn the art of tarot reading or one should rely wholly on intuition, guides, and so on. Most of this debate centres on little white books, the slim texts that accompany most decks and provide keywords, meaning, and didactic non-fiction.

As a bibliophile, I always argue for reading as much as possible. However, I would like to focus on a less controversial and often overlooked genre of tarot writing: poetry.

These poems will develop your understanding of both poetic verse and tarot cards. 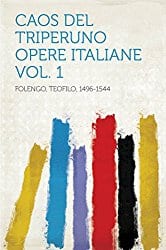 Teofilo Folengo and his contemporaries in Renaissance Italy were some of the earliest tarot poets. There is little evidence to suggest that early tarot decks, like the Visconti-Sforza, were used for divination; they were art pieces or used for trump-based card games.1

The closest one comes to Renaissance fortunetelling with tarot is semi-oracular poetry. My favourite tarot sonnet by Folengo is the “Fate of Focilla,” which is essentially a poetic reading of a six-card spread for the Focilla character:

This Fortune is a Magician, who first lifts someone
up then brings him down. There is no Temperance in
her, so, she shatters the Strength of anyone born
under a bad Star.

Only a Temperate and Strong and beautiful woman,
who surpasses the Stars in splendor, the fickle Wheel
keeps humble and low, and in Jest calls her poxed in
public.

This woman has always used her Strength
Temperately, so that the she makes a Game of the
World and of the Fate of the Stars too.

Well may Fortune with its Lightness go into the Stars
of more extreme Forces: who knows how to Temper
oneself with the World reins her in.

The full text of the Chaos del Triperuno can be found on Folengo.com (tarot sonnets begin on page 139 of the PDF). There are also a couple new translations of Folengo’s sonnets by Stephen J. Mangan in Arcana: the Tarot Poetry Anthology.2 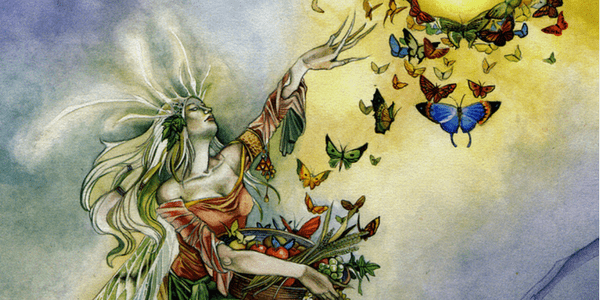 You can’t talk about tarot poetry without talking about W.B. Yeats. Yeats was a member of the Hermetic Order of the Golden Dawn, along with the creator of the most famous tarot deck, A.E. Waite. It’s been rumored that Yeats influenced the development of the Rider Tarot, now known as the Rider-Waite-Smith, and tarot imagery is all over his writing.

One of my favourite tarot poems by Yeats is the “Blood and the Moon.” The final section (IV) begins:

Upon the dusty, glittering windows cling,
And seem to cling upon the moonlit skies,
Tortoiseshell butterflies, peacock butterflies,
A couple of night-moths are on the wing.
Is every modern nation like the tower,
Half dead at the top?

Here, we have the obvious reference to the Tower that Yeats worked with in his own divination, but we can also see Yeats’ poetic influence in modern tarot decks. For instance, butterflies, as symbols of the soul, populate the Shadowscapes Tarot art.3

Some other tarot poems by Yeats that I recommend are “The Tower” and “The Fool by the Roadside.”

Marge Piercy’s Laying down the tower

Yeats’ presence can be felt in the work of many tarot artists and writers, such as Marge Piercy. Her series of tarot poems is a Celtic Cross spread, and offers a more feminist approach to the arcana. One of the cards and poems in her reading is the Tower reversed, which includes the following lines:

The Tower will fall if we pull together.
Then the Tower reversed, symbol of tyranny and oppression,
shall not be set upright.
We are not turning things over merely
but we will lay the Tower on its side.
We will make it a communal longhouse.

The traditionally phallic, vertical tower is re-envisioned horizontally, and so becomes a vaginal, life-holding symbol.

Many tarot decks embrace this kind of feminist shift in imagery. The Motherpeace Tarot’s round cards are probably the epitome of reshaping tarot for a Goddess-centered practice. Other Goddess-focused decks include The Goddess Tarot by Kris Waldherr and the Dark Goddess Tarot by Ellen Lorenzi-Prince.

Piercy’s Laying Down the Tower can be found in her poetry collection titled Circles on the Water. 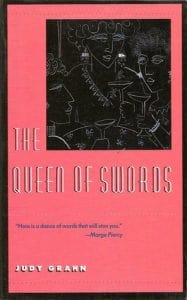 This play-in-verse is a must-read, especially for queer cartomancers. Judy Grahn’s retelling of Inanna’s descent into the underworld is set in a lesbian bar and inspired by Ntozake Shange’s for colored girls who have considered suicide. Inanna is recast as a modern Helen, and Ninshubur is recast as Nin, Helen’s friend and tarot reader. Nin prophesizes:

The sky is a sheet of crystal on a day like this
a person could easily fall through
into an abyss.
You could find your astrological aspects
reversed,
your path crossed, your luck
cursed—
on a crystalline day under a crystalline sun
you could fall from this
familiar life
into some other one.

Tarot decks have historically featured heteronormative couples (in cards like the Two of Cups, for instance), but some artists are starting to incorporate more queer imagery. Grahn’s “Crow Dikes” — her re-envisioning of the Annunaki and Galla — are similar to an approach for queering tarot: using animals. For example, Siolo Thompson and I discussed how she used this approach in her animal-centric Linestrider Tarot (her Two of Cups has cats instead of gendered humans).4

Unlike the authors above, William Blake probably never saw a tarot deck. However, his influence on tarot is undeniable. In The William Blake Tarot of the Creative Imagination, Ed Buryn draws upon Blake’s symbol system in the Four Zoas. Blake was also a source of inspiration for contemporary tarot poet Tony Barnstone while co-creating his Creativity Tarot with Alexandra Eldridge. In addition to the Zoas, I suggest checking out Blake’s Marriage of Heaven and Hell.

These are just a few selections from the diverse genre of tarot poetry.

In addition to Tony Barnstone, there are a number of other poet-artists who have created decks as well as poetry, such as Alison Stone — who painted the Stone Tarot and published a collection of tarot poems titled Ordinary Magic ((Marjorie Jensen, “Review: Ordinary Magic by Alison Stone,” Tarot Poetry, 8 November 2016.)) — and Rachel Pollack, who has collaborated on several decks and put out a tarot poetry collection titled Fortune’s Lover.

I encourage you to add your favourite tarot poems in the comments below!