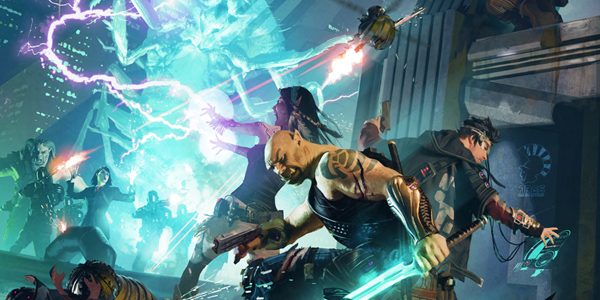 My earliest memories of magick as a tool, as a thing that can be accessed by mere mortals, most definitely comes from video games. I have been a gamer for as long as I can remember and my first ideas about how people use magick come from gaming. Ironically, my earliest ideas of magick as the enemy of technology come from the same place. Shadowrun, the late ’80s table-top game turned early ’90s video game cult classic,  turned that idea on its head and helped me fully embrace my magical practice as an adult.

The video game version of this series was released 20 some odd years ago1 and recently saw a revival with Shadowrun: Returns. 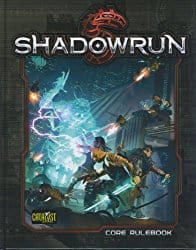 Shadowrun may be a fantasy and science-fiction romp, but it is closer to the reality of 2016 than it would appear. Today, we don’t have orcs running around and our best friends aren’t halflings, nor is the world split into corporation controlled city-state, but we do live in a hyper-connected world where technology permeates every part of our lives and sometimes, people are possessed by spirits.

The importance of Shadowrun to magick isn’t necessarily what it showed us of magick, but how it showed us magick could be used in the modern world. Not as a replacement for technology, but with it to augment and improve our own lives. A lot of it is dated as far as terminology goes but the heavy use of elemental alignments to increase power as well as service to particular spirits, for example, speak more to magick today than your average RPG.

A history of Shadowrun

Shadowrun started off as a pen and paper table top role playing game (RPG), like a take on Dungeons & Dragons. I never played this version. In the early ’90s, it was adapted into the first of a handful of tabletop RPGs that found a dedicated following in video-gamers. At the time, it was something new: a cyberpunk world that kept the tenants of that genre while adding magick as more than just passing fancy.

Video games are an interesting art form. They are part storytelling medium, part interactive world, and these qualities allow their players to really step into another life. Every game is not some adventure into a foreign land or another time, nor do all of them feature magick as a tool. Still, the for the games that do, they are oddly, a way to experience magick that is closer to the way it is used in the physical world.

The interactive nature of gaming allows us to, in some small way, experience magick. Obviously, magick in the physical world is different from the magick that we see in games. Generally, people can’t call down lightening to “strike down their enemies” (this sort of use isn’t even condoned in some practices), nor can someone drink a special brew and heal from life-threatening injuries instantly. Still, in the way that magick works in these games, there is a component of the unseen and unknown, the impetus to study and learn, and the goal of manifesting desire that is implicit in the design of the game. What is smart about these games is their conscious attention to the cost of using energy in such a way.

Games don’t treat magick as a bottomless well of energy that can be tapped endlessly to create what we want. It is a controlled act that can only be accessed by those characters that have learned to do so. As they progress, they learn stronger spells and are able to access greater power and control of their craft. Removed from the idea of the fantastic, it sounds pretty close to what practitioners do in the wild, doesn’t it?

It was through gaming (and a hefty pile of fantasy reading) that my first impressions of magick were formed; it existed in places with more castles and knights and less skyscrapers and Black girls. Magick was something that was reserved for the natural and more often than not, ancient, world. It didn’t coexist with telephones and computers, and when it was found in company with them, it battled them. 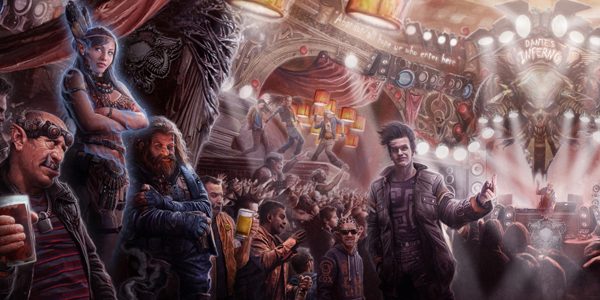 The magick of Shadowrun

Which brings us back to Shadowrun. This game does not utilize the ideas of magick in a modern, here and now, real world way. The fantasy presented is shown more traditionally: think elves and orcs and the like mixed in with magick spells that let people call living flames and shoot magick missiles. There is nothing about it that is “realistic” in that aspect. But 20 years ago, the idea of magick that lived in the same world as technology, intertwined with it even, wasn’t as popular as it is now.

The game is an action RPG with a point and click style to it. You access skills and supplies through a drop down menu throughout the game. As you play through the game, you find various items that give you access to magick as well as gain karma points which improve your skills. There’s a heavy reliance on the ideas of Native American spirituality throughout the game which is extremely dated and pretty offensive in many ways. But despite that, how you use and access magick remains closer how we work today than your more classic RPG.

The way Shadowrun dealt with magick was as an accepted and normalized part of their fantasy world — but that didn’t make it any less real. Although you could do fantastic things with magick, it wasn’t a wand that could be waved and solve all problems. It was a rough and gritty reality that didn’t rely on larger than life enemies in order be relevant (that said, one of the final bosses is a dragon but for most of the game you think he’s just a shady dealer of the human variety). The magick in the game that you use as a player must be earned and unbeknownst to you, at the start, was always part of you.

From a practitioner standpoint, the mash-up of using technology and magick interchangeably that was introduced to me in the game is even more relevant today than it was then. Before it was simply a new and different way to look at magick. I was only 11 or 12 at the time, and I had no idea how important magick would be to me (although, even then I was drawn to it). Now, finding that connection between these two worlds that both mean so much to me is crucial to survival.

Shadowrun was just a video game, but the reality of living with magick and technology is very real. We regularly see online calls for energy work or virtual circles cast to perform specific spells or create sigils. I perform divinatory readings for clients from across oceans, and this all happens at the simple click of a mouse. Some people deal by separating the magick and technology as completely as they can. Shadowrun shows us that these two things don’t have to exists as polar opposites, and they don’t have to constantly duel for space. Instead, you can work with them both, interchangeably, as you need.

Shadowrun came out in the ’90s and although there some things in the game that are decidedly dated, it does support the fact that magick is inside and part of us, and for those that choose to pursue it, the modern world isn’t a poison for it. It can be used with our practice, instead of against it.