Entertainment media loves magick. There are so many stories about people, usually of the ordinary sort, that gain clarity and happiness all through the use of magick. Or maybe they learn a lesson about not taking short cuts in life and get what they always had coming to them. Either way, the use of magick is a common trope in movies, comics, and books but it’s not often that they get it right. These four pieces of media show magick in such a way that it almost becomes magick to the knowledgeable viewer.

Most media that uses magick is not interested in making it realistic. They want the fantasy aspects of it, so it’s more Harry Potter (which is excellent) than it is Aleister Crowley. Throw some things into a pot and be met with a puff of purple smoke, wave a wand, sparks fly out and suddenly the person chasing the hero is a toad. Even love spells are instant connections (often with disastrous results) but if you work with magick, you’ve learned that its effects are often times slow and gradual, not the flash it is in movies.

Sometimes media gets it close to right though. Although these selections aren’t perfect, they’re still fiction, they show the use of magick in ways that parallel how it manifests in the world that we can touch and feel. 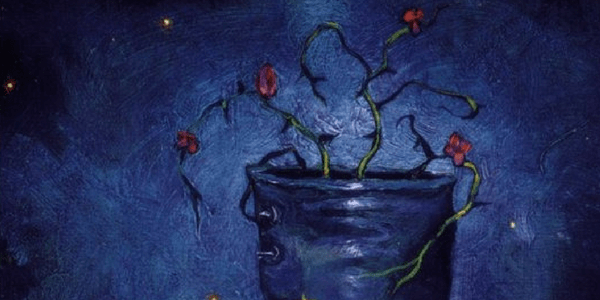 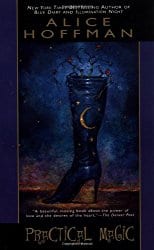 Practical Magic originally came out in 1995 and followed two sisters, Sally and Gillian Owens from their childhood into adulthood. They live with their two aunts who are witches. Woven throughout the narrative are spells and folklore that shape the events of the story.

Where this story succeeds in the realm of magick is that it shows magick as a very slow-moving and organic process. Spells aren’t done with effects that are noticeable the next day. Instead they manifest over weeks or months, sometimes even years. For example, the grand love that Sally wishes for in her childhood to thwart fate is, what she believes at the time, a man that could never exist. It wasn’t until years later that the exact person shows up after she had lost her husband, who she believed to be the only man she would love.

Although people do spells throughout the book, most notably the aunts themselves, this sort of magick is, as the title indicates, practical. They don’t stop nature, and life and death go on. The spells simply nudge things into the direction they would like them to go and, true to magick form, you never know if it was the spell or just a coincidence.

The use of folklore also plays heavily which, for certain magick practices, is a large part of belief — the idea that there are omens which will foretell what is to happen to you. This plays quite a bit through the books and although there is some emphasis put on these symbols, they don’t lead to epic quests. Instead, they signify the next events to happen in the characters’ lives in a natural progression of events.

Practical Magic weaves magick into everyday life, not as something fantastic that makes these women extraordinary people, but a natural part of their world that sometimes helps them, sometimes hurts them, but is always there. 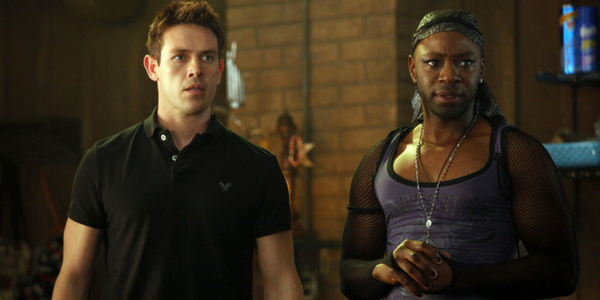 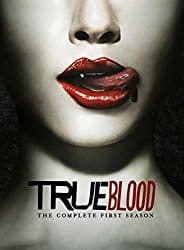 This selection may get a lot of slack. The seven-season HBO dramedy True Blood had a strong start for vampire-lovers in the first few seasons and then went off the rails many episodes before it finally wrapped up for good. There were a lot of things wrong with this show, but they did get one thing right. The season four subplot involving Lafayette’s awakening to his own powers was perfect.

This season involved an overarching story about witches versus vampires, which was largely forgettable, but one thing that was very strong was the story involving the recurring character of Lafayette discovering he was in fact a medium. He discovers his power after meeting Jesus, a brujo.

Ignoring the sensational story lines that came with the show, Lafayette’s journey into magick is very familiar to many people. He had a past relative who practiced magick and there was always some suspicion that they had some affinity for it as well. It is not until he meets someone who can awaken his power, by exposure and support in exploring that aspect in himself, that Lafayette is able to embrace his abilities.

The show blends Wiccan practices with more Mexican-based practices that are never given a true name. I do take issue with the magick shown (often conveyed as “evil” or “dark”), as it helps promote the stereotype that the work done by people of colour is somehow negative. Yet, I still appreciate it is showcased as something other than a pseudo Wiccan-based practice.

Exploring that sort of practice — one in which you are channelling any sort of spirits, whether for specific communication or for some other purpose — can be frightening. Many cultures have people who work as mediums under many different names, and it is regarded as a powerful type of magick that not everyone can handle.

True Blood presented coming into this power in a realistic way. It showed the fear and resistance to the knowledge as well as the disbelief beginners often have when faced with something like this.

The show also did a very good job of showing what a group of witches can be like in the modern world (before all the possession and vampire battles). It was a group of people that gathered to put energy towards protection and changing their lives for the better. And, although they shared rituals, they weren’t prancing naked in the woods, as how modern media likes to present witches. 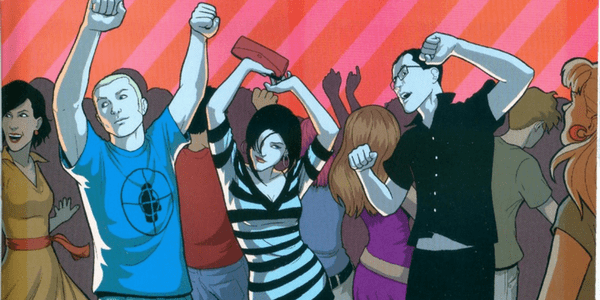 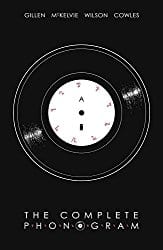 Phonogram is comic about music and presents a world in which music is literally magical. ((Read a few sample pages on the official website, Phonogramcomic.com.)) You can use it to cast spells (like Hollywood glowing spells) and make fantastic things happen. Most people who discuss the book do so in the confines on the commentary of what it is saying about pop culture, specifically the life and death of Britpop, but it also has a lot to say about magick and the sort of power that popular culture creates.

The main character, David Kohl, is called by a goddess to find out what has happened to Britannia, who happens to be the once patron of David (but he hasn’t thought of her in years since she “died”). The punishment for not completing the quest is that he will slowly be replaced by another personality.

Music and the occult are tied together. There is a belief, propagated by the media, that every rock song contains hidden messages of the dark arts, but that’s not the only connection between the two. Music is also a powerful tool of connection for many practitioners. People use it to meditate, to help clear their being or to connect with a group. Music is powerful.

Although this comic treats music as a literal power, the underlying message is that music has its own power which connects us to our history and sense of self. This book serves to conceptualize the type of power that comes from this relationship.

There is a branch of magick that works with popular culture, either by a basis for their own power or by channelling energy from popular culture. This comic shows one version of what that sort of craft would look like and how one works with that magick, as both a source of power and a part of their identity. It is an interesting work for magical people to read as pop culture magick,  as a practice, is quite new in terms of paths.1 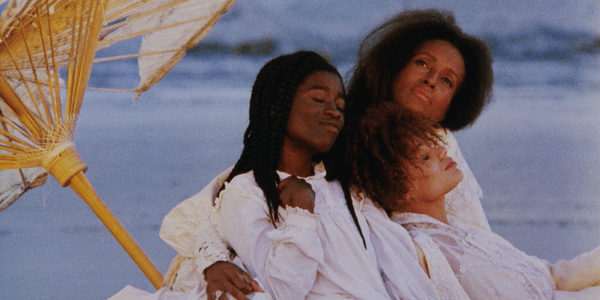 4. Daughters of the Dust 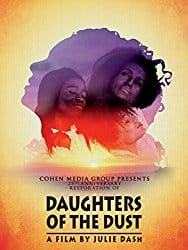 Daughters of the Dust is not a very well-known film outside of certain groups, but its cinematography has influenced countless others, most notably Beyonce’s “Lemonade” visual album. ((Learn more about this film on the official website..))  The original film takes place in 1902, and tells the story of three generations of Gullah women at the intersection between the old ways of life, and the modern world.

This isn’t a movie about magick. This is a film about a group of people whose lives are intimately entwined with magick through their shared and deeply important history. They are the descendants of slaves and their unique culture is a blend of Ibo, Kikongo, Mende, Yoruba, and Twi.

This film is especially important as it shows how cultural communities use magick as a way to gather and heal. The positivity of this experience counters how people of colour are generally shown in film. Instead of it being something that is used to harm, it is a way for people to bond and strengthen connections. Yet, it also speaks to the idea that such folk magick is primitive and backwards.

This is an important work because it shows how magick in indigenous cultures works to create a bridge between the present and the past. The calling and channelling of ancestors for healing and guidance, as well as protection, plays heavily in the themes of this film which is how many people of colour practice It also clearly displays the struggle between the clash of cultures between the “old” ways and the new, modern ways that replace them. Although there may be more efficient ways to handle ailments and life issues, the magick brought by ancestors functions as a way to represent culture and strengthen communities.

Pop culture does not always get magick right. Most of the time, it gets it very wrong substituting flashy effects for actual magical content. Still, every now and then, they slip something in that hits the nail on the head even if they do have to hide it between a few puffs of coloured smoke.