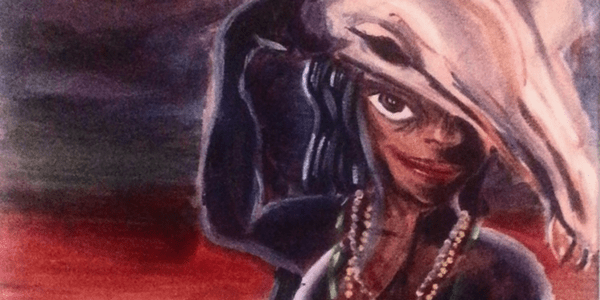 Coming into Pagan and spiritual paths as a Black person can be difficult. Finding resources, people to follow, and spaces that feel welcoming are all hurdles that we deal with but even learning of deities who look like you, which is to say, Black, can be hard but they’re out there.1 Here’s a primer to get you started on the worship and vernation of Black gods, goddesses, and spirits.

Unlike some of the more popular pantheons, when it comes to African-based spirituality, what is available to most people through mainstream resources tends to be centred very heavily on the Egyptian pantheon, leaving new Black witches without much in the way of information.

This post will cover some of the pantheons that exist in African and African-based spiritual systems as a way to introduce people to deities that aren’t covered in most mainstream texts and resources. I am not covering the Egyptian pantheon here as there is a wealth of knowledge already written about them.

Related: “Problems with whitewashing in worship,” by Donyae Coles

A note before we start

This piece is being published as a resource for Black people who are interested in exploring Paganism and witchcraft; however, white and non-Black people of colour are also invited to read and learn more about these deities. Doing so may increase your understanding of other practices so that you may engage them with respect as well as move past any ignorance you may hold towards them.

The second thing that should be mentioned is that although you may be someone who wishes to follow these gods and goddesses and make offerings and petition them, some of them do require initiation into the spiritual tradition to learn all their mysteries.

Remember, although there are similarities between the practices, they are each distinct belief systems with their own rules and guidelines. Some will be alright with sharing altar space, others will not. This list is not intended to be exhaustive, it is meant only as an introduction.

Finally, many of these practices include some sort of ancestor vernation. This is not ancestor worship, they do not worship the dead. These spirits are able to help and guide the living. I’ll be discussing mainly the gods and goddess and working with them but it is important to remember that if you are thinking of engaging with any of these pantheons, it is likely that you will be asked to honour some dearly departed spirits as well.

The pantheons of the Diaspora

Due to the Transatlantic Slave Trade, many African-based religions and practices made their way to the New World and were rebranded as other distinct religious practices. The gods and goddesses were in some cases given new names and stories, in others they were hidden behind Christianity. The pantheons that I will discuss here came from primaafrrily West Africa and were practiced by many people in that region.

Many of these practices found homes in the Americas and are still practiced under different names and slightly altered beliefs. Much of what is still practiced is woven into folklore and passed on orally through families.

The orisha are possibly the most popular (African Traditional Religions) ATR pantheon. They come from the practices and beliefs of the Yoruba people of West Africa, but can be found in modern practices such as Santeria and Candombie, as well as others. They are often cloaked in Catholicism. ((Check out Saros’ article, “Santeria: An Introduction.”))

The orisha has come back into the public thought due to Beyonce’s references to them throughout her masterwork “Lemonade” and resulting performances. Even people not interested in this spiritual system have probably heard of, at least Oshun, who is one of the main female deities in the practice. She is, however, only one of many.

There are literally hundreds of orishas for a variety of natural and human-made worldly elements, and it impossible to know them all. That being said, there are a handful of key deities that operate in this belief system and a slew of folktales that go with them.

In this practice, there is a head god that is composed of three manifestations, Eledumare, Olorun, and Olofi. Under them there exists all of the orishas who each have a sphere of influence, as well as their own personalities and drive. For example, Esu is a playful trickster who has dominion over travellers, fertility, duality, and the crossroads. Meanwhile Sango is a ladies’ man with dominion over thunder and lightning, but his wife, Oya, has dominion over storms. As you can see, their personalities don’t always match their powers and their powers don’t always give them the final say over something.

In order to work with these deities, one may petition them and make offerings; however, there is a greater religion that is associated it with this practice. One that that is still very much alive. Each person’s head is ruled by a single orisha and in order to find out who that is, you must see a priest who practices Ifa or one of the derivative practices, such as Santeria, had have divination done. So, unlike with some other practices, you cannot just claim that a god or goddess you are drawn to is your patron. They may not be.

In order to learn certain mysteries, you must be initiated into this practice, which is a long process, but it is not necessary to honour these gods. If you Google “orishas,” you will likely find information about how to find who rules your head through a variety of methods, but the only way to truly know is to get the information from a priest.

If you are looking for more information, the best source is through physical books. The Handbook of Yoruba Religious Concepts by Baba Ifa Karade is a good place to start.

The Igbo practices have a much smaller pantheon consisting of four major deities and, after them, some minor spiritual forces. The practice is said to be “sort of” monotheistic due to their belief in one creator spirit and their role in the lives of humans. Make no mistake though, there are other gods below that one.

The four main gods are Ala, an earth spirit; Amadioha, a storm and sky spirit; Ikenga, a spirit associated with men and success; and Ekwensu, associated with war and trade. Beneath them exist smaller, more cult deities that are aligned with everyday matters. These spirits can either help people or hurt them. They are sometimes thought to be spirits of the dead.

Working with the gods of this practice is not usually advised, as they can be a bit touchy and really too much for a layperson.2.Instead, people tend to deal with mainly the mmuo, who are found in earth, water and air, for their concerns. That being said, you can honour these forces. They are nature-based and their shrines and the like should be kept in natural places.

This particular religion has ties to Haitian Vodou and the lwa, which are the spirits that they work with. As you learn more about the lwa, the connection between them and the mmuo becomes clearer as the similarities in their behaviours and habits become apparent. Both exist tied to certain worldly attributes and have the tendencies to either help or be a real pain.

The Akan belief system comes from Ghana, and although many people in the west haven’t heard of the tradition, they are quite familiar with the folklore that has grown around it, in particular tales of Anansi the Spider are very popular.

Like other religious practices, this one too shares the idea of a creator god with other deities that work below them. This god is very distant and does not interact with humanity. The deities who are involved with human life are called the abosom, and are connected to the natural world.

Much like in other systems, there are a handful of very popular gods as well as many less popular ones with cult followings. Their deities, although connected to the natural world, preside over many human conditions such as health, family, and honour.3 In order to work with them, one must learn more about them to learn the proper offerings.

In this practice, the creator spirit is not worshiped directly, instead patrons are encouraged to work with the abosom who are able to fulfill a great deal of needs and desires for humanity. Much like in the Igbo practice, these deities are strongly tied to nature and it is in the natural world that their shrines should exit.

As with other systems, there is also vernation of the ancestors. These spirits are believed to be ever-watching and working to protect us, so they are not petitioned or worked with directly. Instead, offerings are left as thanks. 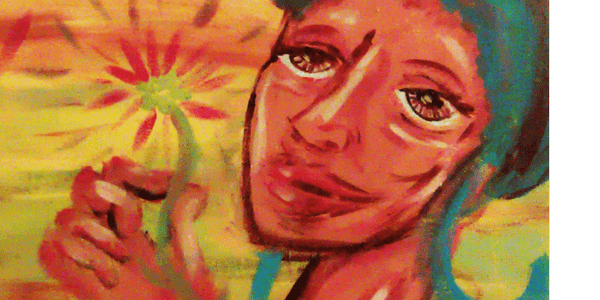 For people who wish to honour these deities with icons on their own altars, you may have trouble locating statues or art for some due to the fact that these gods are “unknown” to mainstream Paganism. Which is to say, you are unlikely to be able to walk into your local metaphysical shop and find yourself a figure for your altar.

Botincas often have figures of the orisha for purchase, and many can be found online, as they are more popular. You may be able to locate figures from the other systems listed here online as well. If not, learning more about them and their correspondences will help you in forming your own altar dressings to represent them.

Another option is to make your own if you are crafty, or hire artisans to fashion one made to your specifications.

The cultures listed here are just a start, and I am really going over only the most basic information to give people a greater understanding of them. For those that are interested, further reading and education is called for.

As these gods and goddess are from an oral tradition, YouTube has become a great source of information and watching videos as well as reading and researching can help expand and inform new practitioners.

How an Arab witch honours and contacts his ancestors