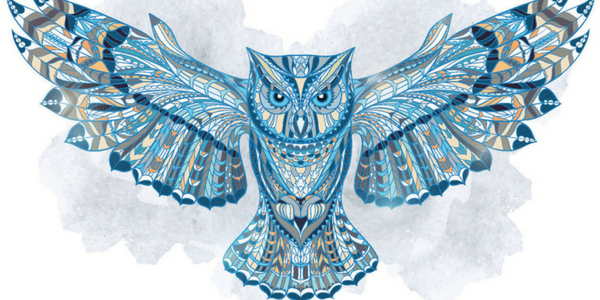 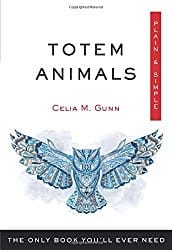 Many people feel drawn to the natural world and find animals to be particularly helpful in connecting them to the greater world and explaining aspects of themselves. Animal totems are celebrated in many cultures and spiritual practices around the world. Totem Animals by Celia M. Gunn gives a brief overview of how to find and work with your totem animal or animals.

This is a slim book. It features information on explaining what a totem animal is, how to contact yours, and finally, identifying different animals you may see as totems, and what they represent. The language is very clear and easy to follow.

The beginning of the book introduces the concept of totem animals and how they operate in various cultures. It does cover the connection Western society has with the word “totem” (as being a tradition practiced by Indigenous people), but it also succinctly explains its history and appearance in other cultures as well. The text really sets this practice up as a way to draw on energy and guidance from the natural world.

The text also discusses the modern idea of totem animals as used by mascots and symbols for clubs. I thought this was an interesting take on the idea of totem animals because it really helped to bring it into a modern sphere. It juxtaposes this conversation with a description of shamanism as one of the most ancient practices people have engaged in, showing the long history that we have with the natural world.

It is not that this section is lacking in information, each practice or ritual is quickly, yet thoroughly, laid out. It’s just so small it’s almost “blink and you missed it.” It seems to suggest that you practice one of the limited options over and over until something just clicks. This may be how it is done but I feel like there could be more information on how to handle connections such as seeing an animal you fear or one that is aligned with an element you are not comfortable with.

One thing I did enjoy was the brief inclusion of a section regarding children’s totem animals. Information about working with spiritual concepts with children is not usually found in these types of books, so that was a welcome surprise. What I didn’t like about it was, although the text had been doing a solid job at avoiding appropriation and creating a balanced look at the concept of totem animals, in this section it fell back on the connection the practice has to Indigenous groups in North America. I feel that this section could have been just as well done without that.

The bulk of the book is simply a glossary of the type of animals you may have as a totem. This includes large animals such as wolves, bears, and lions, and also more surprising animals such as bees, pigs, and even rats.

Each animal is given one or more keywords that apply to it such as creativity, mysticism, determination, and so on, and a page or so of general information about the animal follows, covering some of the beliefs of the animals in other cultures and times. They were good descriptions, but brief.

This text also had many black and white illustrations of the animals. At first glance, it seemed they were all done in a more Indigenous style, but when I started to work through the book, I saw that a variety of illustrations were present which made the text more accessible to people who are approaching it from different paths.

However, it lacks the information needed to troubleshoot any issues which may arise. What if you can’t meditate? How else may you look for signs if you live somewhere that is removed from nature or otherwise not able to be in the natural world?

Totem Animals is a good place to start, but there is more you would need to know to fully immerse yourself in this practice. Overall, this is a good, quick primer on totem animals. It serves more as an introduction than a comprehensive source.