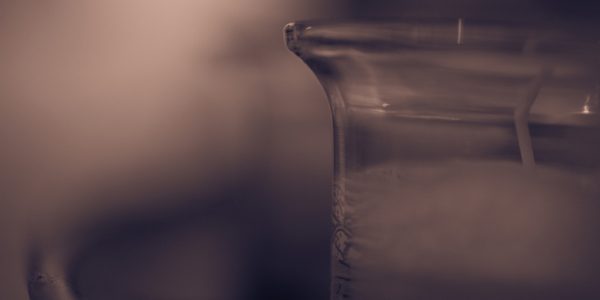 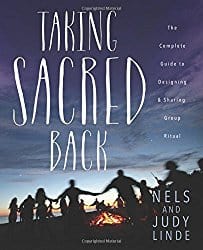 Between them, Nels and Judy Linde have more than 40 years of experience designing public rituals. Whether you’re just getting started or you’re also quite experienced, you can get some great tips on the subject from their new book, Taking Sacred Back.

The book covers a lot of ground. The authors suggest that new ritualists begin with small projects, but they also include many tips and adaptations for working with groups of a hundred or more. The general flavour of the rituals is Wiccan (calling the quarters, etc.), but there is also discussion of how the same principles can be applied to other audiences, including community groups that aren’t specifically religious.

The Lindes start at the beginning — with an intention — then go on to explain the purpose and execution of every aspect of a ritual, from design of the space to harmonious closing. Several complete and detailed ritual outlines are included, which can be used as-is, adapted, or studied to get an idea of how everything might fit together in your own project.

A particular strength of this team seems to be pathworking, which in their practice means physically moving a group through a space where members encounter different activities and experiences. Examples include journeys through the chakras, tarot trumps, and lunar cycles. These rituals are creative and sounded like a lot of fun.

I also appreciated the sections on building and managing energy. A lot of the information in the book is on the practical side, from scripting and team-building to pacing and safety — quite a bit of attention is paid to accommodating people with limited mobility, for example. These are all important details, but it was especially great to see them combined with an in-depth discussion of spiritual tools to unify participants and get them invested in the group process.

In the lunar cycle ritual, for example, participants are divided into small groups and led through a series of stations representing the full moons of a year. At each station, a costumed ritualist describes the energy of that moon and walks the group through a very short hands-on activity, like making an acorn pendant. In general, there’s a lot of focus on engaging people with sensory detail and active participation, as well as making space for them to have a personally transformative experience and often, a ritually charged souvenir to take home as well.

The sample rituals are all quite labour intensive, but many of the ideas could certainly be applied to simpler rituals. Overall, I was left with an increased appreciation for all the work that goes into public ritual, and quite a few ideas I’m eager to experiment with myself in a smaller group.

If you do want to go big, there are a couple of useful appendices for adapting to the biggest groups and building some pretty impressive props, from clever optical illusions to large-scale bonfire figures. There’s a lot to consider when transitioning from the type of rituals one person can easily lead to the type with a lot of pre-planning and teamwork. If this is something you’re considering taking on, you might especially benefit from the experienced and detailed guidance provided in Taking Sacred Back: The Complete Guide to Designing and Sharing Group Ritual.