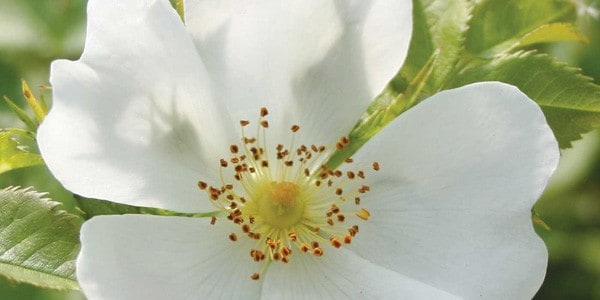 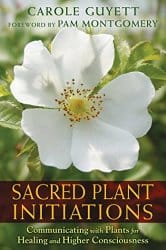 Sometimes a book comes along that is an answer to a personal prayer. Sacred Plant Initiations is such a book. For several years, I’ve wanted to engage in a sacred plant ceremony with a traditional psychoactive plant, a master plant such as ayahuasca, for insights, connection, spiritual growth. Yet, it is illegal to ingest those substances in the United States and traveling to South America, where it is legal, is not possible.

Sacred Plant Initiations: Communicating with Plants for Healing and Higher Consciousness opens a doorway for myself and others to commune with ordinary, nonpsychoactive plants we have around us which, the author, master herbalist Carole Guyett, explains, are powerful teachers in their own right and very willing to share their wisdom with us. She has provided a framework to do so, by developing a plant diet for each of the eight Wiccan sabbats.

First, some definitions. A psychoactive plant is one that contains chemical substances that cross the blood-brain barrier and affect the central nervous system, and can induce changes in perception, mood, behavior and cognition. Ayahuasca, peyote, sacred mushrooms and datura are psychoactive. Nonpsychoactive plants do not contain these substances; common medicinal and herbal plants such as primrose, dandelion, St. John’s wort and basil fall into this category. A plant diet “involves the sacred and conscious ingestion of a plant for healing and transformation. A relationship is formed whereby the plant acts as one who initiates the human into the next level of awakening,” according to Guyett.

She begins the book by discussing what is meant by dreaming with plants, and how it allows us to access thoughts and experiences not accessible in our ordinary realities. Each plant has its own spirit and a chapter is devoted to explaining how to connect with a plant to perceive it. In the chapter “Undertaking a Ceremonial Plant Diet,” Guyett offers a six-part guide: setting a sacred intention for the ceremony, choosing a plant, harvesting the plant and preparing an elixir, preparation for the diet, performing the diet and integration. She gives detailed instructions on how to make standard herbal preparations, and here I was shocked — I truly never knew it was that easy!

On her land in Derrynagittah, Ireland, Guyett used this process to co-create ceremonies with plants she felt embodied the essences of the sabbats: primrose for Beltane, dog rose for the summer solstice, oak for Lughnasadh, blackthorn for the autumn equinox, elder for Samhain, St. John’s wort for the winter solstice, angelica for Brigid’s Day (Imbolc), and dandelion for the spring equinox. She encourages readers to be guided by their local plants if these eight are not native to their area and provides an appendix with other plants that can be used for each sabbat.

The jewel at the centre of this book is the recounting of ceremony participants’ experiences with the plants. Mind-blowing is an apt adjective, both in terms of what they felt and what I felt as I read them. Guyett has summarized the essence of each plant in a few keywords, and in case after case the participants were shown that essence inside them, often in vivid and sometimes in disturbing images and memories. These reminded me of “trips” reported by users of psychoactive plants, although the author states that plant dieting with nonpsychoactive plants is gentler in general and not dangerous.

As if to put an exclamation point at the end of enchantment, Guyett adds a link to four online audio tracks, the last of which is a five-minute-long St. John’s wort song recorded with a plant biofeedback machine. I can’t remember when I’ve heard a more beautiful, ethereal piece of music, a plant’s living vibrations. She suggests using it to dream during ceremony. Amazonian plant shamans say they learn their healing songs from their plant teachers; after listening to this track, I can understand why.

I am not an herbalist or a shaman well versed in plant lore or practice, so I’m not qualified to know whether Sacred Plant Initiations: Communicating with Plants for Healing and Higher Consciousness is a groundbreaking book, in the sense of no one else ever having proposed plant dieting with nonpsychoactive plants. However, I know without a doubt it is an important book. Guyett has written an elegant and loving homage to the plant world, and explained thoroughly and simply how humans can come into relationship with it. You can read it and safely plant diet as a complete novice, alone or in a group — something not possible with plants like ayahuasca or peyote. Sacred Plant Initiations is an invitation to the healing the plant world wants to do, and which it knows we so desperately need.