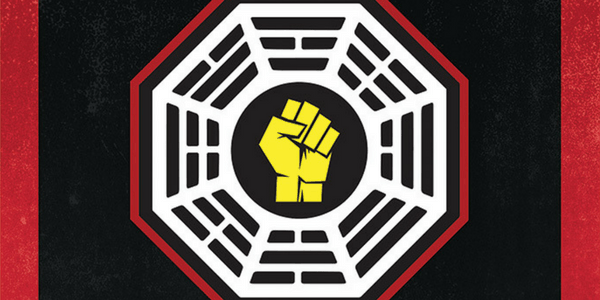 Radical Dharma is a book about navigating race and gender in the western Buddhist community, but it is also about challenging race and gender issues in the greater culture of the west. As such, this book will not sit well for people who are not ready for that discussion.

Radical Dharma is composed of essays written by the three contributors, as well as transcripts from talks they held around the country with various groups of Buddhist practitioners. Although it’s a good idea to at least read the introduction before beginning, you do not have to read this book in any order. You are free to jump from chapter to chapter.

If you are involved in social justice, every single section is quotable. One passage that really stuck out to me and illustrates what Radical Dharma is about comes from very early in the book:

While race is a social construct, Blackness comes into this conversation as more than a racial category. Blackness is a distinctly political orientation to liberation that is activist, communal, and on the move! It is a generational tradition of collective resistance to white supremacy that began with the resistance of untold numbers of women, men, and children to the first glimpses of the capture and crime of New World Slavery. It is a practice of love and liberation that persists into the present day.1

From just that one line, it’s clear that this book will deal with heavy topics. There were moments that really resonated with me, as a writer who works in social justice, such as: “What I learned was the truth of the violence that can come from making white people uncomfortable.”2 Reading those words spoke to the experiences that I have had speaking about these topics, and the threats and violent messages I have received for speaking against racism. For people who do work in this field, reading that provides an instant connection and sense of understanding.

This book sets itself up as an exploration and deconstruction of racism and gender bias issues in Buddhist communities. However, its teachings can be applied to any predominately white and cis community which is meant to be open to all races and genders. Because of this, I wouldn’t dismiss these teachings as only for people following the path of Buddhism. In fact, I think that there is a lot of good information in this book for many Pagan or spiritual spaces as well as just social justice spaces in general.

The book gives the history of the Black struggle, and how that has impacted the overall nature of western society. It also shares ways to hold space for people of color who are coming into predominantly white spaces that are meant to be inclusive. It exposes the ways in which is it not enough to just say “You’re welcome here!,” because of the long standing issues in our culture and what must be done to really break down those barriers.

Although I find this text to be extremely valuable, I hesitate to suggest it, because in order to really absorb what the book is putting forth, you must first understand that racism and gender discrimination are actually a problem. The book posits that we cannot reach our own enlightenment if we are still bogged down in a culture that celebrates, specifically, anti-Black discrimination. Obviously, that issue is specific to Buddhists, who are working towards that goal. However, many practices outside of that have a form of spiritual goal that this philosophy can be applied to. If you come into this work believing that racism is not a deep-rooted cultural issue, then you will find no worth in it.

The writing is highly approachable. It’s clear, written in plain language, and easy to understand. The essays and transcripts are fast paced and engaging. However, this book is in part about the practice of Buddhism so it discusses these issues through that lens. In many cases. viewing these issues through a fixed lens of a single philosophy would be limiting, but in this case it gives a firm framework to question our own motives.

For example, Buddhist doctrine is based on the Four Noble Truths, the first of which is that all life is suffering. That is very specific to that belief system, but the way the book discusses it, and the modern world’s push away from suffering, opens space to question what we are getting away from when we engage in distractions (Facebook, video games, etc). Is it just our own pain, or is it a way to avoid the ills of the society we all live in?

From a spiritual perspective, this book does assume some knowledge of Buddhism and does not explain much of the belief system beyond the most basic. This book does not hold hands and assumes that the people reading understand the practice already. I did not come away from this text with any greater understanding of Buddhism, so for me the strength of this book was not in the knowledge it imparted, but in adjusting a belief system to fit into a more radical mindset of social justice. I appreciate this book as a way to look at social justice issues from a spiritual perspective, which is why I think it is so important. There are precious few resources about this subject in a spiritual space. This book is a solid one that deals with many layers of oppression and marginalization.

I would recommend this book to others, even if they are not Buddhists. There are many strong moments in this book that translate well to other spiritual practices and in general is an excellent discussion of race and gender.  It was not written to make an argument that issues of race and gender are issues; its goal is in furthering the conversation and working towards solutions of these issues. Radical Dharma is an excellent book for those that are ready for it.