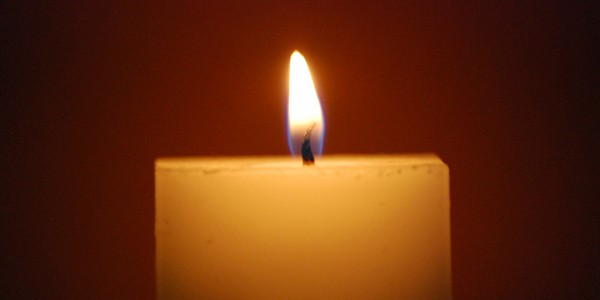 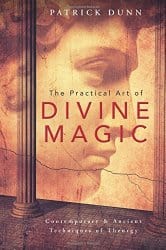 I must admit that while I was excited for The Practical Art of Divine Magic, the title had me wary initially. I’m a huge proponent of practical magick, but when I think of practical magick, theurgy isn’t the first place I go. Theurgy literally means “god working” and while it can have practical uses, generally it’s described in lofty mystical terms.

Patrick Dunn describes theurgy as “a way of appealing to the divine using our reason, intuition, and aesthetic powers, in order to gain a greater perspective on reality and ultimately achieve the highest perspective, that of henosis: oneness with the ground of existence itself.”1 Admittedly this still sounds lofty and mystical, but Dunn quickly makes the case for the practicality of theurgy by stressing that it is about working with a god, not for, under, or on a god, but with them.

His framing of the purpose of theurgy I find compelling. He makes it seem both grandiose but, by definition, also practical; “Theurgy makes the practitioner a good person… being a good person isn’t the same as being a ‘nice’ person. A good knife is good for cutting… A good person must be good for something.”2 Essentially theurgy makes you a “good” person, which really means in this context, an effective person, someone acting and achieving practically. Or, to give a less clinical definition for those considering this book, theurgy is about uniting your being with that of the divine, temporarily, in order to increase your understanding of the world and your ability to influence it.

Theurgy, as a term and practice, draws its roots from the ancient Greek traditions, but Dunn “does not attempt to reconstruct the religious practices of Late Antiquity or ancient Pagan religions,”3 stressing that even if we had all the information on how they practiced their spiritual traditions, we are not in Greece (for the most part) and we are especially not in ancient Greece, and their system of theurgy was built around a cultural, philosophical, and spiritual understanding that does not and should not, exist anymore, so any attempt to copy it exactly would be a failure in thought and practice.

Instead of a reconstruction or slavish attempt at imitation, Dunn gives us a surprisingly diverse and active look at the subject. In an homage to Socrates, as well as a way of bypassing some awkwardness of clarifying issues in writing, Dunn introduces us to a teacher and student pair, and throughout the book thy have engaging, intelligent, and funny Socratic dialogues to help illustrate ideas around theurgy. Philanike and Euthymios elaborate the philosophy involved, exploring and questioning matter, spirit, gods, and working with them, and manage to be surprisingly funny in a cheesy way. These dialogues are small intermissions while Dunn is giving a greater ground of information and a lot of very unique exercises.

In fact, one of the best aspects of this book is the fact that most of the exercises provided are new. They aren’t your standard meditation exercises, such as “visualize a tree to ground,” or the Lesser Banishing Ritual of the Pentagram (or LBRP)4 type exercises that appear in far too many books, but these exercises are interesting, different, and challenging.

In trying to understand matter and traits of “things,” you’re challenged to imagine an item while slowly taking away identifying traits. Visualize a pen, take away the click noise, the colour (all colour), the texture, the shape and what is left? What is the pen, and where did it go, when did it cease being a pen? You’re led through a few exercises for building up a Mind Palace, a mental construct used to develop and train your memory within a visual framework. Of course, such a practice is more than just a memory trick; it teaches our brain how to map magical correspondences, training us to link images and traits together. There are even exercises on animating a statue, which is something fairly ubiquitous in magical literature, but very rarely discussed.

The initial exercises focus on understanding how your mind works, perceives and interacts with reality, and questioning. My favourite one, as it’s been something I’ve been thinking on a lot lately, is just the struggle to define what is a god? It might seem easy from a distance, but the more you work on defining gods, the harder it becomes.

These exercises are definitely beneficial, and some are more than a bit challenging, which is excellent, but may deter some more beginners from fully making use of this book. That is no way a complaint, just understand that if you’re newer to magick, this book might require more work than you’re used to. That said, even if you’re experienced, if you work through the book completely and honestly, it will challenge you as you go. Dunn forces you to critically engage with your spiritual world and connect with whatever form of the divine you work with. Though the focus is on magick proper, I found a lot of the intellectual exercises the most challenging as they forced me to think about, define, and try to understand aspects of my spiritual world that I had often glanced over without much thought.

If I were to complain about one aspect of this text though, it would be the limitation of the gods involved. While Dunn wasn’t trying to recreate Greco-Roman theurgy, all of the examples and exercises are based on them. I think readers with less experience or confidence in their experience would have benefited from more clear examples of gods from other traditions, so they could see better how the techniques aren’t rooted in one religious background and how to adapt them outside of their root tradition.

That said, the work can and does apply outside of the tradition. I saw many similarities to some of the Buddhist techniques I know, but Dunn also filled in a few gaps on how to do my work as a Buddhist. The information transfers quite well, but not everyone might have the magical experience, especially seeing beyond a specific magical system, to make that leap. As far as complaints go, it’s a very mild afterthought more than something that was problematic in the text.

While I would not say The Practical Art of Divine Magic: Contemporary & Ancient Techniques of Theurgy is only for the advanced practitioner, it would definitely be of more benefit to those who already have a good grasp of magical principles. Even if you’re wary of theurgy, or think that working with gods isn’t your thing, this book would still be useful with the wide variety of techniques and engaging questions to broaden your experience and understanding of reality. I can honestly say this is a book I will return to and work through more than once.