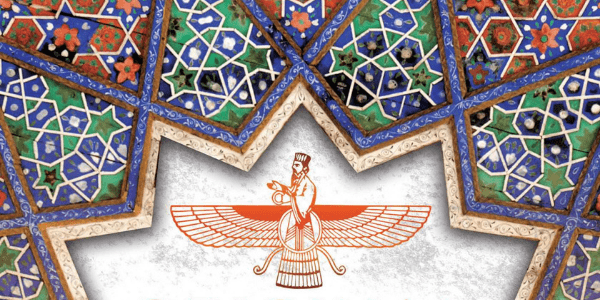 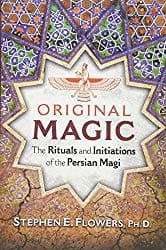 There are many different types of magical practices out there, each with its own rich histories and rituals. Original Magic: The Rituals and Initiations of the Persian Magi by Stephen E. Flowers, Ph.D, lays out the practice of engaging in Zoroastrianism through clear, step by step instructions and easy to follow language.

Zoroastrianism has come up some in the media lately, the ancient practice has recently piqued the curiosity of Pagans. Flowers writes that the ancient practice, thousands of years old and is the root of all magical practices. Although this point is certainly up for debate, it does make for a compelling argument.

I went into this book without much information on this practice, keen to broaden my horizon. I was surprised to read about practices that were familiar to me. For example, Flowers writes about not blowing out candles. In many teachings, there’s this idea of not blowing a candle out, but no one can ever say where that comes from or why. Placed into the context of this practice, it is explained that breath contains moisture that pollutes the flame.

That is just one example of the moments in this book that I saw mirrored in my own practices and teachings. This is to say, that although this practice was completely new to me, it was also familiar due to the way that its teachings had been adopted and adapted into other modern practices which made the entire text even more approachable.

Original Magic is both a history and a workbook. It is not very long, although it does contain a year-long study guide, the book itself is slim. Reading through it, it feels like it is mostly just information. An overview of the practice and the beliefs, who is worshipped and why. Then after this comes the actual process of practicing and initiating into the practice.

The second part, the actual year-long process, is very short. Although it does lay out what people wishing to initiate into the practice need to do, it is not as complex as one would think. This is one of the interesting parts of the book, and this practice in general. Although this is a magical practice, it is also a religious belief system and calls for daily worship. The section that details the year long process to initiate is really only a guide for what to do with the information you learned earlier on.

Working with this system is to accept that magick is intertwined with our being and this practice is meant to bring that power forth by communing with higher powers in order to channel our greater purpose.

This is not a book of spells. It is not a book of rituals, per se. This is a book about a particular magical religion. The way to use this book is to engage fully into that practice. Sure you can read it for information, as I did, but this really isn’t a source book to use with the idea of picking and choosing. Each section builds on the one before it other, allowing the reader to learn more about the beliefs of this ancient system in a holistic manner, so that they may implement them in practice.

Once you have an understanding of the foundation, it is left up to the practitioner to carry out the daily work needed to be able to finalize things. Reading Original Magic felt starkly different from others that I have read in which the author explains how to become a full fledged member of some practice. Flowers, in many ways, is writing more or less a practical guide.

This book is written for the layperson, easy to absorb and follow. The names of the spirits and the language of the chants may be a bit harder to grasp (a pronunciation guide for the language is included), but mostly, anyone can pick up this book and practice along, no prior knowledge of any magical system needed. Just a desire to learn and the drive to complete the practice. The whole thing feels very normal and down to earth in a way that other, similar works, don’t always seem to be.

Flowers includes further reading suggestions throughout the text. As you grow in the practice, you are invited to gather these materials and expand your knowledge base, but that is never required.

Overall, Original Magic: The Rituals and Initiations of the Persian Magi is very good. It contains a great deal of information on Zoroastrianism for those who wish to find out more about the ancient practice. Well worth a read for those who are interested in magical histories, even if you do not wish to practice the religion.