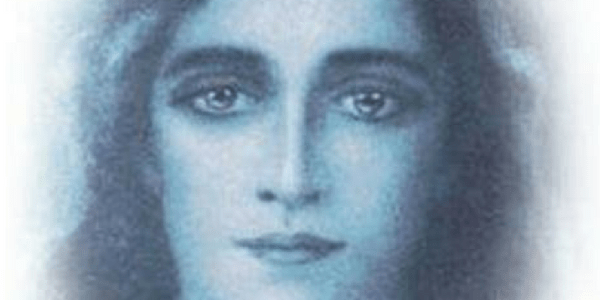 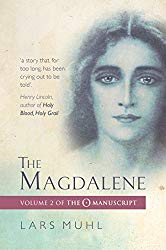 The Magdalene is the second book in Lars Muhl’s O Manuscript trilogy, in which he and his mentor, called simply “the Seer,” turn their attention and travels to uncovering the truth about Mary Magdalene.

Lars Muhl is a former musician, who through a series of events described more fully in the first book, The Seer, became first a kind of recluse, then a spiritual scholar, reluctant traveller, and eventually writer, teacher, speaker, and healer.

In The Magdalene, we are  introduced to Mariam of Bethany on the day of her betrothal to Yeshua. Soon afterwards, she is sent off on her own journey. These parallel stories are told in alternating chapters, as each guide and traveller encounter teachable moments, gaining skills and understanding that will help them each to fill the role they are intended to play in the microcosm of their individual stories, as well as on the grander stage of the eternal.

Muhl begins with a startling connection drawn between the terrorist attack on the United States on 11 September 2001 and the downfall of the old patriarchal system. He notes, “It is the old used-up powers turning and twisting in their death throes,” and the “foreshadowing that something new and long-awaited is about to be born…”1 He lays out his case for the rise in feminine energy meant to balance out, not battle to overcome, masculine energy. However, rather than speaking to humanity at large, he focuses on his own need to continually recognize and let go of the commonly used standards that deceive and confine him. These include simple concepts we take for granted — standard units of measure, the marking of time, the dogma and structure of religion, even city limits, or the borders between countries. They also extend to more conceptual measurements, like that of success, love, happiness, and security. Instead of providing guidelines, they end up battlegrounds that fuel competition, greed, materialism, us-versus-them mentality, and ultimately, the division of all that is meant to be connected. He describes beautifully the moments he is able to shed them entirely, and experience the vastness that lies beyond these limiting beliefs. These are just flashes of connection he has but they draw him onward in his quest.

At the same time, we follow Mariam through the desert as she travels with a caravan to ultimately meet with her unknown destiny. There are several stops along the way, in towns, camps, a hedonistic temple, a monastery, and eventually on to Jerusalem, where we see familiar scenes of the gospels from entirely different vantage points. The Mariam we now know, skilled in mystic practices she learned along the way, provides comfort and balance for a very conflicted Yeshua, who is overwhelmed by the demands of his apostles as they push him forward for political means.

The book has a number of photographs that, while plain black-and-white printed onto the plain page, ground these other-worldly experiences into the world from which Muhl is presently writing. The photos themselves aren’t fantastic — a person he met at a monastery, a map of a town with markings to indicate the points he’s talking about, a gift received from someone out of the blue that coincides with his current focus. 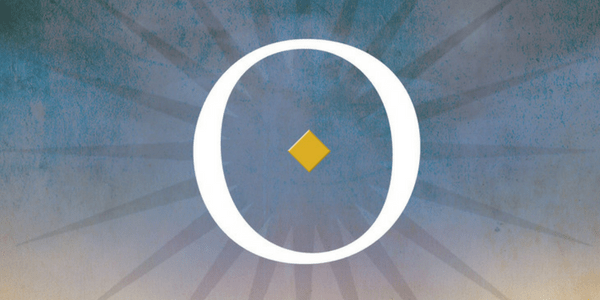 In the image of the book’s cover, you can see the book’s subtitle “Volume 2 of the O Manuscript,” but in the image above this review you can see the actual symbol represented by “O.” I researched this and found a keystroke that actually translated into the symbol, called a “circumpunct.” Later, when I went to do some final editing for this review on my phone, I discovered that in my mobile browser it was turned into a little sunshine emoji. This is a great example that for me, at least, drove home the point of limiting beliefs. The limits of technology, which are meant to give us increased freedom, keep me from being able to type anything but an “O.” But this falls far short of the meaning intended. The circumpunct is actually one of the oldest symbols in human history and is used to express, among a multitude of other concepts, such as “the perfect unity of Divine and Created.”2 This speaks to the very heart of the book, not only of the perfect union of Yeshua and his bride, but of humanity to the universe. My discovery that the letter “O” was not an equivalent of the symbol was inspired by the very theme — and challenge — repeated inside the book: that is, that for every new discovery, one must dismiss a previously-drawn conclusion.

The Magdalene does not fit into a category, nor can it be neatly summarized. Like the case it lays out, the Magdalene simply is. It is about a remarkable, chosen woman and her relationship to Yeshua. It is about the real purpose of Christ’s incarnation, and the misconceptions held by his followers. It is about Church’s devious conspiracy and the impact their cover story continues to have. It is also about humankind and its relationship to the Universe, the Power, and God. It is a travel journal, an instruction manual, a historical commentary, a love story, and a confirmation of what I believe we are seeing around us — the advent of the balance our world has been crying out for.

This new form of energy has come into being as an opportunity for both men and women, because the old, patriarchal energy has had its day. This patriarchal energy has been a necessary activating factor which, however, no longer manifests itself for the good of the human race, but solely for its own sake. It is separatist, divisive, and egotistical… the new power is inclusive, healing, and altruistic.3

I believe this book would be a great read for anyone who’s interested in a different perspective on the backstory of Mary Magdalene, and an introspective of the man we know as Jesus. It can be comprehended by the novice (like me), but also has deeper and more extensive coverage of historical places and events and how they play into our current world situations. It inspires further study and highlighting. It is hopeful and it is unashamedly heretical. If these interest you, I would definitely recommend The Magdalene, as well as its predecessor The Seer.