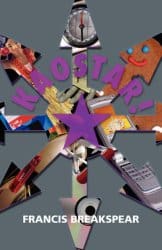 The early and mid-’90s saw a number of fresh and innovative books on chaos magick by the likes of Phil Hine, Jaq Hawkins, Jan Fries and, of course, Peter Carroll, but this seems to have petered out by the nills. More recently the rise in print-on-demand publishing companies like Lulu.com and CafePress.com have facilitated a revival in the classic texts, happily making titles such The Book of Results and The Theatre of Magick by Ray Sherwin available once more.

Chaos magick has never been an especially popular area of occultism; it places itself on the fringe of the fringe, occulted even amongst the occultists — it’s a glamour that suits it well, but there have never been chaos magick books published in the numbers seen by those relating to Golden Dawn-style magick, for example. The chaos current has been proclaimed dead numerous times, but there’s life in ‘er yet.

New chaote texts are indeed rare to see these days, with only a handful being published since Y2K, but a new publisher is rising to the task. Hidden Publishing has recently released The History of British Magic After Crowley, written by chaote Dave Evans, which, in addition to covering a variety of subjects, also touches on the history of chaos magick — a subject not much explored elsewhere. They’ve also recently published Kaostar!, by Francis Breakspear – the subject of this review.

With Kaostar!, Breakspear assumes a certain familiarity with magick in general on the part of the reader, deliberately leaving the philosophy to other books. He writes that “[c]haos magick should be all about ‘getting out there and doing it.’ Sometimes it is also all about thinking about how to do it, and thus creatively inventing marvellous and sometimes scary new ways of how to do it. And then damn well doing it!,” and this is very much a book about “doing it”

While light on magical philosophy, it is heavy on possible applications and techniques. He writes, “this book is a manual of techniques that will make life a lot more interesting, and if purposively employed, will give you some increased degree of daily power over the world, and those people within it.”

It’s largely a collection of spells, workings and ideas for workings, and a rather odd assortment at that. Among my favourites, found in Invisibility One-Oh-One (smashed ping pong balls and a jar of mustard? Brilliant!) Many sections are capped by “handy hints,” with further suggestions for applying the techniques and tools outlined.

Additionally, the insert piece by Kate Hoolu titled “What’s in a name? Snobbery and Pronunciation in Magick” is an amusing rant on the pretensions of insisting upon the “correct” pronunciations magical and mystical words from languages both living and dead.

Ultimately, this is an entertaining read, and more, it will prove a useful reminder to those who feel the current’s reached its peak. Kaostar! will inspire strange thoughts, and this is a good thing.

Hidden Insights: Astrology for the week of 17 February 2019