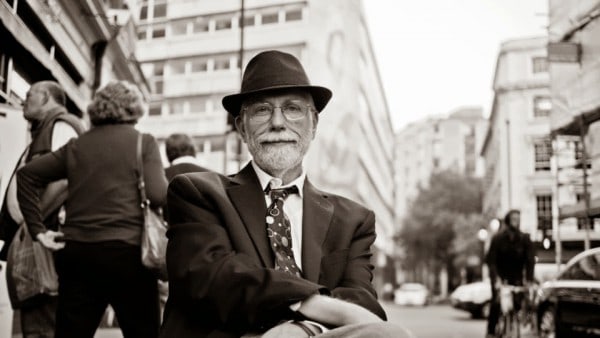 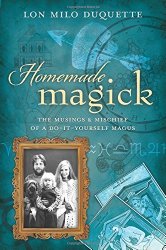 Lon Milo DuQuette‘s work will be familiar to many, especially those following a ceremonial or Thelemic Path. He’s written more than 15 books on magical and occult topics, covering the Thoth Tarot, Enochian magick, kabbalah, and Aleister Crowley. He’s also written several autobiographies, albums, and has occasional lecture tours. DuQuette’s history in the occult has been well documented, and he’s become well known for his folksy anecdotes grounded in practical work.

DuQuette has been a practicing magician for four decades, and was initiated into the Ordo Templi Orientis in 1975, and founded a lodge in 1976 that remains the longest continuously operating lodge in the United States. Since 1996, he has been an OTO Deputy Grand Master, and also serves as an Archbishop of the Ecclesia Gnostica Catholica. So it should come as no surprise that his magical practice is heavily informed by Aleister Crowley, Thelema, and his work with the OTO.

His latest book, Homemade Magick, is in part a magical memoir, but it frames these sections with instructional guidance for budding magicians. It covers much of the groundwork for getting started in ceremonial magick, such as how to choose a meaningful magical motto, perform a self-initiation ritual to open oneself up to the mysteries, and learn how to integrate one’s magical and mundane lives into a unified whole.

DuQuette relates stories from his personal journey previously touched upon in earlier memoirs such as My Life with Spirits and Low Magick, with numerous nods to and rhapsodies about his wife and magical partner, Constance. We also get his magical CV, listing past and current affiliations, such as with the Builders of the Adytum, the Ancient Mystical Order Rosae Crucis, and of course the OTO. Interspersed throughout are numerous photos of the DuQuette home and family, as well as photographs of altars, magical weapons, the OTO lodge he and Constance head and its members. It lends a kind of scrapbook feel.

While there is quite a bit of OTO history laced throughout the text, these guidelines can be used by anyone following a ceremonial path, Thelemic or not. DuQuette specializes in presenting complex material in an easily accessible manner, and in Homemade Magick we get right to the basics, from setting up a home temple, visualization, how tarot maps to the cosmos, and how it can be used to cast a circle while on the go.

A good quarter of the book is dedicated to creating, making, improvising, buying and consecrating magical weapons and tools, with stories of how DuQuette came by his. However, it contains the usual gendered associations with notes on “proper” use.

It’s not all rosy. He shares his successes and mishaps alike, and discusses his demons, both magical and mundane. In one surprisingly candid section, DuQuette talks about his weight, and the spite of a blogger who, while unnamed, will be well-known to those who follow such things. Ultimately, with the help of his wife, this incited him to take action, to exercise, eat well, and become healthier.

At the heart of it, Homemade Magick is about living with another magician, raising a child in a magical home — one that doubles as an OTO lodge with weekly and sometimes twice-weekly classes, masses, rituals, and all that a working lodge entails, while maintaining a successful marriage and family life amidst all that.

The book closes with The Rite of Earth, a ritual DuQuette assembled from The Homeric Hymn to Demeter, and Aleister Crowley’s poetry and prose to serve as a concluding rite to the Rites of Eleusis. While it seems fitting to ground the energy raised during the Rites, it seems like an odd place to leave this particular book. I can only assume it was included as it was first performed in the DuQuettes’ backyard and garage, and therefore serves as another instance of group magical work in the home. However for the reader to fully understand it, they would need to be familiar with Crowley’s original Rites of Eleusis, which seems like a lot to ask of someone new to all this. Then again, perhaps this will inspire readers less familiar with Crowley to pursue his earlier materials.

Homemade Magick provides the entertaining stories and practical work one comes to expect with Lon Milo DuQuette, but this one seems a little more scattered than his previous books. While many of his earlier books have become beginners’ staples and are frequently recommended as introductory guides to their respective subjects, Homemade Magick is more of a hodgepodge: part memoir and scrapbook, part lodge history, part introductory guide for solitary practice, and part elaborate group ritual. It’s a fun read, but I’m quite not sure where it fits.