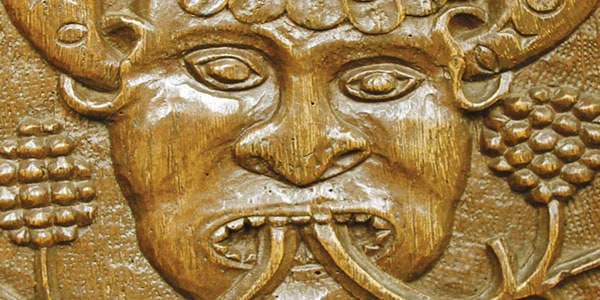 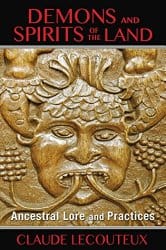 Claude Lecouteux is a French historian who specializes in the history and culture of Europe during the Middle Ages. One of his main focuses is the study of beliefs pertaining to supernatural entities, such as demons, faeries, vampires, and spirits during the Middle Ages. His theory is that many of these beliefs had their origins in pre-Christian ideas and understandings of the world. The book is academic in nature and is structures into three sections, the first dealing with “A Haunted Universe,” the second “Conquering and Defending the Land,” and the third “Survivals and Transformations.”

The main premise of Demons And Spirits of the Land is that many of the legends of saints and Christian figures which contain characters such as dragons, dwarves, and giants are actually concealing local land spirits. These spirits, Lecouteux claims, are complex figures that can pertain sometimes to natural forces and sometimes to the dead. He points out that many of the medieval texts which discuss these legends refer to land sprites as “idols,” and that this is an inappropriate term, because it implies that the veneration of spirits was directed at the great gods of Pagan times. One such example is taken from Saxo Grammaticus’ History of the Danes, in which he recounts the voyage of Thorkillus to the Other World.  During the course of the journey, the crew run out of food, but before long they sighted an island that had abundant cattle. Thorkillus warned his companions not to slaughter more of the beasts than was absolutely necessary, lest they should annoy the island’s guardian deities. His companions did not heed is advice, and before long, “spirits” appeared and held back the ships. The travelers were not allowed to leave until they had sacrificed one man per ship.

According to Lecouteux, the worship of land spirits was actually part of a complex relationship between Pagans and land spirits, which were perceived as being a direct link to natural forces and as protectors of certain geographical territories. To illustrate his point, Lecouteux draws upon a wealth of Latin and medieval literature from around the world. The depth of his knowledge is quite astounding, as he links together many tales from the “wood women” of the forests of medieval Romania to the “howlers” and “calling spirits” of the surrounding German-speaking lands.

The journey begins with an examination of Pagan global landscapes which were once dominated by spirits, demons and creatures that protected the land and, provided they were treated with respect, often presented humans with gifts. As he moves forward, Lecouteux discusses what these mythologies reveal about early civilizations. He explains that such legends gradually became Christianized, and shows how this process changed and condemned the original meanings. Finally, he discusses the relationship of the spirits and demons to the land itself, and shows how the legends became hybridized over time.

If you’re looking for a simple guidebook to demons and spirits of the world, you won’t find it here. Instead, with Demons And Spirits of the Land: Ancestral Lore And Practices what you will find is a wealth of historical accounts of mythic figures and their threads throughout medieval literature.

At times, this is not an easy book to read because of its extensive coverage of the topic and in-depth exploration of Pagan mythologies. But it is well worth the effort to follow Lecouteux on his journey to flush out these coy spirits from their hiding places in secret and sacred groves, shadowy canes, and remote lakes.

Ultimately, Lecouteux successfully proves his point that in certain literary texts, Paganism and folklore were presented under a veil of Christianization, which in turn, converted them into the folkloric figures of sprites and giants that we are familiar with today. But take a look beneath these figures and you will see a more profound and natural relationship between Pagan culture and nature.