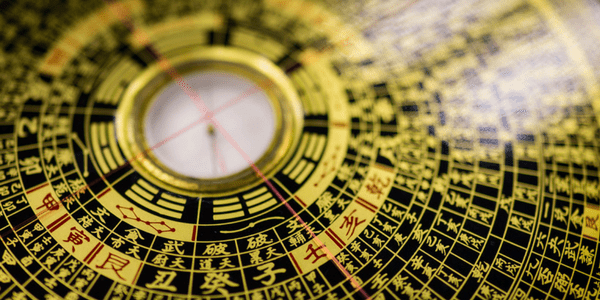 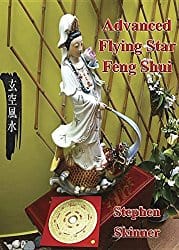 Feng shui is best understood in the west as the practice of moving accoutrements, such as furniture, around the house, and decorating in specific ways to influence the flow of luck in your life. While not incorrect, this is a simplified understanding of feng shui and even most “advanced” books on the subject don’t go much past the layout of the rooms. Dr. Stephen Skinner’s book, Advanced Flying Star Feng Shui, guides the reader deeper into the nuances of feng shui and the complexities of the system, and challenges the Western understanding of feng shui by examining areas not normally addressed.

Feng shui is based upon the idea that chi (an invisible type of energy) flows into and through your house, and that the movements of chi affect everything from the health, to the relationships, and the wealth of the occupants. While Skinner covers topics often overlooked in western books on feng shui, the main focus of the book — and the school of feng shui — is the “flying stars.” For those familiar with different schools of feng shui, it might be relevant to know that Flying Star feng shui is part of Hsüan K’ung feng shui, which is part of the San Yuan School of feng shui.1

The stars in this system refer to a type of energy or quality assigned to an area and they “fly” through the house changing over time.2 While there are fast movements that will largely be ignored (hourly and daily movement of stars), they change yearly, but perhaps most importantly they change every “period” which is 20 years. So, a house that has been arranged according to the principles of feng shui may be appropriate now, but in a year if the period changes then the energy flow of the house is believed to change, and that will impact the lives of the people within. There is no clear reason given why the period shift is every 20 years, nor why the shifts are universal, rather than dependent on the age of the house.

I am by no means an advanced student of feng shui, and have never studied anything explicitly from the Flying Star school, yet I will admit I had a lot of trouble following parts of this book. In terms of readability and functionality the book had two problems that, if fixed, would make it far more of an accessible read. First off the book uses a lot of technical terms which do not translate well from Chinese to English, and can therefore make difficult reading. Although this of course makes sense, most people won’t be able to juggle all those terms, and when they’re referenced, sometimes chapters later, the reader must search to find where the term originated and how to use or calculate it. Even references to commonly used concepts, like the meanings of the different stars, could have easily had a page reference.

Advanced Flying Star Feng Shui is too abstract for too long, dealing more with theory than application. While the book uses occasional examples of feng shui calculations and interpretations, they were introduced surprisingly late. It would have benefited this reader to slowly watch an evaluation from the beginning as each element is introduced, rather than a third of the way through. To be fair someone more familiar with the Chinese terms or the intricacies or feng shui might have less issue remembering the terms and their uses, it just felt like these issues made it harder to follow along while reading.

Sometimes as a reader it was hard to grab hold of Skinner’s logic; his thoughts often vacillating. He commented on appeals to antiquity and pointed out how much older Flying Star feng shui is to others and how old feng shui is compared to various western concepts. Yet, he then also tossed out elements of feng shui as being purely Chinese historical or cultural concepts and not relevant to modern non-Chinese practitioners. Why one element was considered ancient and unquestioned (such as the 20 year periods or the Chinese movements), and another was glossed over as cultural, was difficult to understand

Careful consideration of the suggestions in this book is necessary — and a cheat sheet or index may be required due to the language barrier and complexity of the system — in order to make use of it in your own home. This is an advanced book for those who already possess a strong grasp of feng shui, and it emphasizes theory and abstract concepts rather than practice (or how-to). If you’re serious in your interest in feng shui and wish to put a lot of work into your study, then it’s probably time to grab Dr. Stephen Skinner’s Advanced Flying Star Feng Shui.

The Power of the Infinity Symbol, by Barbara Heider-Rauter