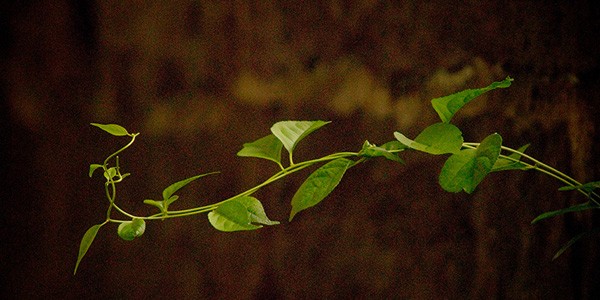 I decided to write this article after years of repeatedly coming across very similar issues in a variety of western esoteric contexts. The issues I’m referring to had to do with the use of the word “will,” and they took a few different forms.

Firstly, in everyday language, “will” suffers from semantic overload. That is, it has several different meanings which often get confused. Secondly, in magical contexts specifically, it gains additional meanings which are not always completely clear, which then becomes a real problem because it has such a prominent place in a number of magical cultures. In other words, not only do we not have shared clarity on what we mean, but we also place a high importance on it. Thirdly, in magical contexts, sometimes the “will” (whatever concept we attach to it) is systematized, so that we have ideas such as “higher” and “lower” distinctions, which then reconverge into semantic overload when we stop making those distinctions and again just talk about “will.”

As a first step to shedding some light on this issue, I want to point out the everyday definitions that we use. These almost inevitably inform our meaning in magical contexts, whether on a conscious level or not. The word “will” was chosen for a reason. A fairly typical set of definitions can be found on Dictionary.com.

One theme that can be found in these definitions is that of conscious action. Tangled up with this notion, we find cultural ideas about choice of action, as well as volition. Another theme relates to determination, and then we have one last theme related to desire and purpose.

Although many of these ideas can be (and have been) deconstructed and critiqued, the main point I want to make in drawing attention to these is how easily they get mixed up, especially in magical contexts. For example, let’s propose you have formulated a statement of intent that begins with “It is my will […].” Well, then, what exactly do you mean by this? Is it your desire? Is it your purpose? Is it simply something which you are determined to make happen? Is it somehow an exercise in volition? Do you have a clear idea?

Following on from these questions, if your magick fails, should I infer that you made a false statement about your own determination? Or is that a problem with your assessment of your own purpose? Should I infer that you have a “weak will” — perhaps interpreted as weak conscious control of yourself? Or have you made a poor assessment of the limits of your own volitional control?

Now, what if you (consciously or not, since this kind of semantic disentanglement doesn’t seem to occur often) mean your declaration of “will” as a statement of your desire or wish, and I then conclude something about your lack of determination? What if we are working together? We state, “It is our will […].” Does it seem reasonable to assume that we hold a common understanding of what this means?

While we may have differing models of why (or if) magick works regardless of whether we have agreeing definitions of will, I hope that engagement with questions like the ones above can reveal how our different operating definitions of “will” may affect the meanings we attribute to success or failure, not to mention affecting what it means to exercise it in the first place.1

Further semantic pollution from the “magical will”

Up until now, I have used basic dictionary definitions. But we are talking about a term that has often had separate technical definitions in magical contexts, and so this provides us with more to heap on the pile.

The most prominent of these probably comes from Thelema. In many circles (even some non-Thelemic circles), the term becomes shorthand for something like the “true will” described by Aleister Crowley. To quote him briefly from Book 4:

The theory is that every man and every woman has each definite attributes whose tendency, considered in due relation to environment, indicates a proper course of action in each case. To pursue this course of action is to do one’s True Will.2

The meaning indicated here has very little to do with the common definitions of will. Note, for example, that it has a funny kind of relationship to “determination” and what we think of when we think of “will power,” because it is describing a state of affairs in which the inertia of the universe assists, rather than provides something to grind one’s determination against. The difference between the “conscious will” and the “True Will” indicates that what is meant by “True Will” is separate from conscious volition and desire. In fact, Crowley is quite clear that “Do what thou wilt” does not mean “Do what you like.”4

And to further separate the “True Will” from the conscious mind, he adds the following:

The obvious practical task of the magician is then to discover what his will really is, so that he may do it […]5

That is, the magician is expected to not even know this “True Will,” much less be able to consciously act on it. Now, consider again the opening to our theoretical statement of intent: “It is my will […].” If you have internalized Crowley’s definition at any point, this statement may now seem a bit presumptuous. If it is your will in the above sense of “True Will,” there seems to be little sense in stating it: if your assessment correctly aligns with the facts of your own attributes and environment, then it meets the definition; otherwise it does not. Your statement has no bearing on the matter.

In any case, notice here that we are beginning to encounter problem two when we look at this definition: it is in some ways murky and hard to assess. It is not a dictionary definition. Crowley could at times write with beautiful clarity, yet it is hard to find definitions of “True Will” in his writings that are much more precise than the above. Further illustrations in some places are provided about the nature of this “proper course” and its relationship to fate and other notions, yet we are each left with our own personal understanding and experience of what this means. This is not meant as a criticism of Crowley’s explanatory methods; it may be that the matter would be very hard to describe and define precisely for anyone.

Now look at the following example:

Person 1: “It was my will to slash your car tires.”

Now consider some further questions: Did Person 1 “impose their will” on Person 2? If Person 2 was right that it was not the other person’s “will” to do what they did, does that change the answer to the previous question? If you substitute different definitions of “will” in the two statements above, how many combinations of those definitions allow them both to be correct?  For example, “It was my desire to slash your car tires.” “No, that was not your True Will. […].” If both Person 1 and Person 2 are referring to “True Will,” who is right, and how do you know?

In other magick circles (and sometimes in Thelemic circles as well), the will takes on another implicit meaning. I think this meaning seems fuzzy for most people, but I’d define it as something like, “The force which makes things happen.” In some kind of sub-conscious analogy, when we say “it is my will” for some magical result to occur, we mean something similar to what we mean when we say “it is my will to move my hand.” This may seem like one of the regular definitions, except that it hooks itself in with whatever metaphysical ideas the practitioner may have about the workings of magick. This will may implicitly have a subtle energetic character, for example. It may be exhaustible or not. Whatever the case, this further implicit definition seems almost best characterized by its vagueness and somewhat individualized nature.

Hopefully from the above you can begin to appreciate the further problems of shared meaning added by magical definitions of will. 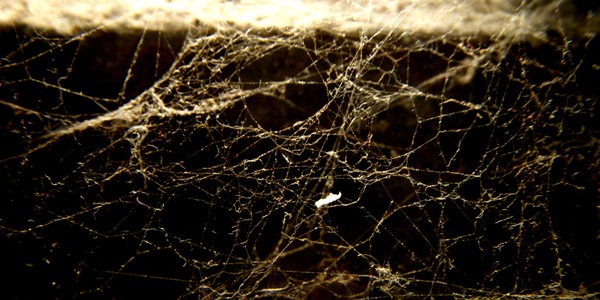 Adding a bit more to the semantic bedlam is a third problem: that even in a magical context, multiple wills are described. Consider the distinction made above, between the “conscious will” and the “True Will.” This is sometimes referred to as a distinction between “lower” and “higher” wills. Yet, taken out of context, “lower” and “higher” wills may be taken as wills between separate aspects of a person’s own mind (subconscious versus conscious, for example). Alternately, they may describe a distinction between a person’s mind and some kind of “higher mind, “or they may describe a distinction between the conscious mind and the unconscious mind (with lower and higher wills potentially in conflict in a similar manner to Freud’s id and ego). The interpretation of these terms will depend partly on what models each person has internalized, and partly on the context in which the terms are presented. Quite often there is no shared clarity about what terms such as these mean.

Here is another scenario to consider:

As a final note, this problem can be compounded by the frequent occurrence of the term “will” on its own, with no further qualifiers, even after these distinctions have been made. This has already been illustrated in the case of Thelemic terminology, and I have personally encountered issues related to this repeatedly. What it means is that these distinctions can themselves go on to further semantically overload the word.

As a final example, consider a variant of the phrase from the last example: what do you suppose it might mean if a person were to tell you to “get in touch with your will?”

My purpose in exposing these issues is to try to help promote a little more clarity around words we use and share in esoteric circles. Obviously, I have a bit of an axe to grind about some of the ways we use the word “will” specifically, but I hope that this will help some people to pause and take stock of intended meanings when words get used in unclear ways.