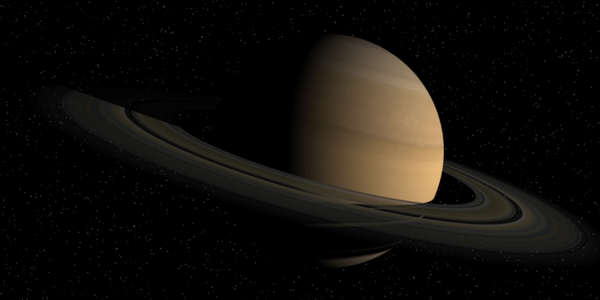 We have seen in the theories of magick, that there is a definite relationship between the ‘inner’ and ‘outer’ worlds. We saw this in the theory of the microcosm and the macrocosm; in the four worlds; in the theory of correspondences; and also in the Cabala and Tree of Life. This relationship between inner and outer is very important. And it means quite simply that success (or lack of it) in one world (inner or outer) influences success (or lack of it) in the other. Therefore developing of magical ability is more than meditation and magical practice, for it implies mastery of the four worlds. The developed magician is not only master of the inner worlds; he is also master of himself.

This is not to imply that successful magicians are all millionaires (or whatever standard people measure success by), but it should mean that they are basically pleasant people, at least; no serious hangups. The developed magician is described as a ‘king’ in the Book of the Law. This means simply that he has full control over all aspects of his physical and inner life. He should be who he wants to be, doing what he wants to do.

The *numbers* in the tables and diagram of the preceding lesson on Cabala are the ‘key’ numbers which we find in various *correspondence tables* (such as Crowley’s ‘777’). One important set of correspondences for the planets, is shown below…

Notice that we have included the metal which is associated with the planet, as well as common attributes of each planet. The theory of Cabalistic magick is to select the appropriate planet for the desired result. The attribute column will assist in that selection. Once a particular planet is determined, an entity is selected from the correspondence tables by matching the key number.

Although Hebrew Mysticism is the original source of Cabalistic ideas, it is mostly unconcerned with the magical implications of those ideas. How can a religious philosophy which is monotheistic lend credibility to a polytheistic approach? Various deities are understood as *aspects* or *qualities* of the Supreme God. This is not a contradiction, merely a restatement of the microcosm and macrocosm idea once again. The Sefirotic Tree, in its representation of the universe is the Macrocosm. While it could be said that any single sefiroth has its own separate qualities, it remains, nonetheless, a part of the whole tree, and a part of the macrocosm. As a result, virtually any pantheon or belief system is compatible with the Cabala.

Western magick has traditionally placed a great deal of emphasis upon the use of willpower as a means of development and self-mastery. But this may not be the best method in the long run.Isaac Bonewitz describes how the subconscious will sometimes rebel against willpower with ‘spectacular results’. It is far better to run one’s life democratically.

Hawaiian Kahuna magick describes the ‘three selves’, ie. the lower self (or subconscious), the middle self (or normal consciousness), and the high self (spirit or Holy Guardian Angel). Enlightenment in the Hawaiian system consists of unification of the three selves. They become ‘buddies’. Enlightenment does not come from great change. It comes from great acceptance. Continual effort at becoming better takes you nowhere. For becoming it is not being it. The unification is achieved by first developing communication with the subconscious and later with the high self also. Simple exercises with a pendulum, automatic writing, raised finger responses, self hypnosis, recording and analysis of dreams etc. facilitate communication with the subconscious. At first communication with the high self must be via the subconscious, but later it is possible to go direct to it.

Many occult groups follow an energy model for magick and the physical body. This model (or theory) equates psychic energy with kundalini/prana/sexual or life force energy. The ideal of kundalini yoga is thus to raise the kundalini to the higher chakras (especially ajna and sahasrara) thereby enhancing psychic/magick powers. The release of psychic energy is also relevant to mental control, good health and longevity, and the attainment of ‘cosmic consciousness’. Meditation and yoga is used to liberate psychic energy so that it can be used for magical purposes. But there are other ways to liberate psychic energy. Many of these techniques will act as a mental catharsis in the sense of invigorating the psyche and resulting in improved intellectual and physical performance.

We have seen how magical theory is based upon the assumption that psychic phenomena is real. If this is so, then magick is also real. And we have also seen how magick is the art and science of causing change in accordance with the will by non-physical means. Magical philosophy is the working system of terms, theories, and symbols upon which magick is based. But magick goes further than that, for as an ancient system of psychology, magick may be used as is a means of self improvement and spiritual growth. For magick and mysticism are parallel paths, each ultimately leading to transcendence.