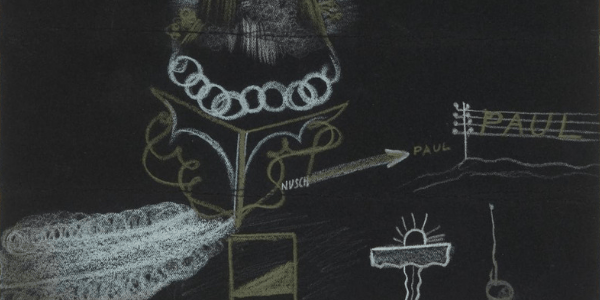 Surrealism is a 20th century avant-garde movement in art and literature that sought to release the creative potential of the unconscious mind.

The term “avant-garde” tends to have negative connotations in today’s society, but when I hear of something new and unusual, my ears perk up and my curiosity flexes like a cat stretching in sunshine. Maybe it’s because I’m an artist, or maybe it’s because I’m a witch — could be both — but figuring that out is for another day. Whatever the reason for my affinity for the unusual or even weird, it is exactly this that sent me into a rabbit hole exploring Surrealism.

Surrealism emerged from Dadaism, an art movement born from revolt against the oppressive middle to upper classes in society. The founder of the movement, the “Pope of Surrealism” Andre Breton, was heavily influenced by Sigmund Freud’s psychoanalytic theory of personality. It was also Breton who called for the “occultation” of surrealism.

Andre Breton published the Manifesto of Surrealism in 1924, and in it he explains that surrealism is “based on the belief in the omnipotence of dreams, in the undirected play of thought.” Andre Breton and the First Principles of Surrealism, an examination of Breton’s works by Franklin Rosemont, states: “Contrary to prevalent misdefinitions, surrealism is not an aesthetic doctrine, nor a philosophical system, nor a mere literary or artistic school. It is an unrelenting revolt against a civilization that reduces all human aspirations to market values, religious impostures, universal boredom and misery.” 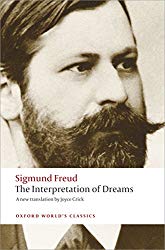 It is an intriguing collage of disgust and disappointment in society, exaggerated rebellion against cultural and social norms, psychological theory, and the occult, all shining from the glitter of magick.

Sigmund Freud’s The Interpretation of Dreams, and his theories on the subconscious mind was a major factor in the establishment of surrealism. Andre Breton attributed its development to the “Enchanters of souls,” and legendary magicians (i.e. Merlin, Circe, Alcina, Klingsor, Magus, Prospero).1

Psychoanalytic theory and the structures of the mind

Before we can dive into the enticing pools of surrealism and the occult, I feel it’s important to have a basic understanding of how Breton viewed the human mind, as it was the psychoanalytic theory that led him to open the movement to the magick of the occult.

In the psychoanalytic theory of personality, it is understood that human behaviour is the result of the interactions between the three components of the mind: the id, the ego and the superego. The id is the unconscious part of the mind that controls our primal instincts. It seeks to fulfill our basic needs as soon as possible, without regard for cultural mores. The superego is developed by societal rules and is solely concerned with avoiding taboos. The superego would have you take the coat off your back to give to another, even if it means you must walk another mile in subzero temperatures that surely would cause you to develop hypothermia and frost bite.

We are socialized to help others in need, but what we are not always taught to help others without harming ourselves. This is where the ego comes into play. With access to both the conscious and unconscious mind, the ego is the mediator. It helps us balance what we need and what is acceptable. When we violate a taboo, as defined by society or our family, we are essentially programmed to feel ashamed. When we experience something that is both shameful and painful, such as being sexually assaulted, we often repress memories of, or associated with, the event. Psychoanalysis utilizes a variety of techniques to extract information from the unconscious mind, such as automatism and free association.

Automatism originally referred to involuntary actions over which the person has no control. This would include breathing, blinking, even rolling around in your sleep. This term has been adopted in the art world, and adjusted to mean creating art without conscious thought. The unconscious mind, believed to withhold creative potential, is accessed during automatism. (For more information about automatism, and to learn how to use the technique to make art, become a premium member of the Occultnik Cabal so you will get access to my article about automatic painting!) 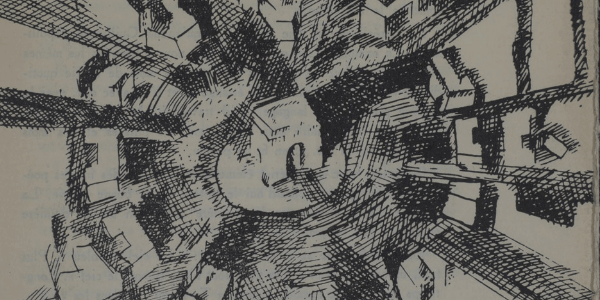 Seek that which is hidden

Surrealism is considered an occultnik movement for a few reasons. Let’s take a look at the word “occultnik” — our very own Psyche quite eloquently defined the term in their article “An occultnik manifesto“:

Surrealism is based on the idea that the creativity people are inspired with is just a trickle of the river that flows through the unconscious. Psychoanalysis only offers so many ways to explore our unconscious, but the occult, however, believes that there are entire worlds that coexist with the one we perceive with our physical senses. I wholeheartedly believe this. One way many, if not most, occultniks explore the worlds beyond is through the use of magick. It is with magick that we shape our lives as well. Art and magick go hand in hand. Art can be a tool for creating magick, and experiencing art can be magical.

In 1930, Andre Breton called for the “occultation of surrealism.” He was very intrigued by the shadowy worlds of mysticism, spiritualism, witches, and magicians. There are a number of occultists that had a major influence over surrealism — but that’s for an article on another day. (It really is, so be sure to subscribe so you are notified when it’s published.)

In 2014, Cornell University Library hosted an exhibit called Surrealism and Magic. The exhibit is now hosted online on the Cornell University library website, and it shows a number of works by Surrealists — everything from literature to paintings, to catalogues and marketing pamphlets. These artists explored spiritualism, witchcraft, mediumship, divination — the list goes on.

Not all surrealists are occultniks, but there is no doubt that this is an occultnik art movement. As I said before, I have fallen down a rabbit hole exploring this art movement. There are so many factors to consider in order to fully understand it. For time and space purposes, I cannot reveal them all today. But, don’t you fret! Subscribe to Spiral Nature Magazine, so you will be notified when I publish subsequent articles exploring these other channels, such as influential artists, or key surrealist art works.

Sanchez, Monica. n.d. Surrealism: The Art of Self Discovery.