I’m not an academic. I’m not a traditional medicine person or secret society member or village healer. I’m just a 32-year-old white girl with a Macintosh named Gypsy and Internet access. I don’t consider myself a real shaman. I don’t have the community/cultural support or the training. I have some shamanic-type abilities and a teacher I consider a real shaman who’s helping me expand them. Since I’ve recently joined Church of All Worlds and am interested in their clergy track, maybe I will have the community support to someday be some kind of shaman. But it won’t look like any other kind of shamanism on the planet. In fact, I’d doubt that very many of us on this list practice what could be called a traditional shamanism. What do we call ourselves, then? What are we? I get the sense in this ongoing discussion that behind the phrase “Real Shaman” lurks the phrase “Wannabe.” I don’t know about the lurkers, but I’ve rarely seen postings here that make me think most of the people here are wannabes. I don’t wannabe anything other than what I am, a late 20th-century mixed-European American. That’s confusing enough without grafting someone else’s culture on, on top of it.

As for my interest in shamanism, I was called to this at age three. I had a vision. I didn’t understand the vision until about two years ago, but in the interim enough weird stuff has happened to me to convince me that I’ve got some extra amount of ability that “normal” people have in smaller measure. What am I supposed to do with that? Become a Christian minister, just because that’s my “culture?” I don’t think so; they wouldn’t know what to do with me (believe me, I tried back when I was a Christian; if you’ve made it work, go for it). I can’t just appropriate someone else’s culture, so I’m trying, and I think a lot of people here are trying, to come up with something new, something that’s supportive of people like us.

For some of us, that involves researching other cultures that support shamanism, not so much to appropriate wholesale, but to see what works for another bunch of human beings. I subscribe to Whatever Works. If elements of Hawaiian tradition fit, I see nothing wrong with using them. I do see something wrong with then claiming you’re a Huna type of shaman (unless you’ve decided to completely join that culture and leave all others behind and that culture has *accepted* you) and writing books etc. When we take our bits of Whatever Works from here and there, we cobble them together into something new and should *name* it something new. When I leave out my thread and yarn trimmings bag for the birds in the spring, they make nests out of it. The thread and yarn bits do not look like anything human-made when they get through with them, and yet they’ve “appropriated” these materials I’ve set out for them. They didn’t knit a sweater; they created a nest. See what I’m saying? Anything taken must be transformed. I know that there will be people who object to anything being taken, transformed or not, but I disagree. There is a body of knowledge that modern cultures has lost. The traditionals have it, and some have indicated a willingness to share it. And in the cases where old-style anthropologists have gone in and taken it, well, in the words of Bruce Cockburn, it’s a stolen land and we can’t go back.

So what are we going to do? Ignore what’s out there and risk the planet? Because I truly believe that’s what’s at stake here. We have some ability and means to change the way this culture thinks. We have an opportunity possibly unique in the history of the species to create something new, a something new for each of us and for each of our communities, a something new that can heal the planet and the species. We are not the salvation of the world, but we can play a vital part in the salvation of the world, because if we save the planet but not the spirits of its peoples, we have nothing but an empty husk of rock and dirt, and the mechanistic world view rolls on.

I know I’m an intense writer; it’s the way I am. I’m not angry, I’m impassioned. I don’t intend this as a flame against anyone. I just feel strongly on the subject. Thanks for being part of this discussion list. I grow every time I read it. 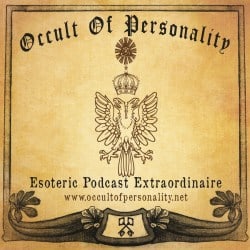