In the northern hemisphere, a quick glance outside will tell you that although it’s still quite hot, we’re moving into the end of the summer season. Although the leaves changing and the days being notably shorter are still a ways off, the Wheel of the Year is turning that way and it is celebrated with Lammas.

Lammas is also called Lughnasadh and is one of the greater sabbats celebrated by Wiccans. This is a harvest festival; the first harvest festival of the year and is associated with, specifically, the harvest of wheat. That being said, there are also a few stories that involve lambs, but they are mainly unverified and border on folktales.

This feast day marks the end of the season of growing and the next stage in life, that of harvest, but it is also about thanking the earth for what it has given us. Even so, the god most associated with this day is Lugh of the Celtic pantheon, who rules over all human skills, and which opens up celebration in a myriad of different ways.

The traditional practice of this holiday has to do with using the grain collected from the first harvest to make bread, that would be given as an offering. Bread making is not something many of us do a lot of in the modern world, it’s generally considered very time consuming. This is because yeast takes some time to rise.

However, you don’t need to include yeast to make bread . There are many yeast-free recipes, such as this one, to help you celebrate in this traditional way. ((TishT, “Yeast Free Bread Recipe,” Food.Com, accessed 29 July 2017.))

While you’re making your bread, think about all the things that the summer has given you. If people are helping you as part of group celebration, share stories of your joys and achievements in your life (big and small) while you mix, knead, and bake. Incorporate some kitchen witchery by throwing in a few special herbs, before playing in the oven.

You can leave whole loaf as an offering on your altar (either in your home or a temporary one made outdoors), or just a slice. Do share the rest with friends and family however. It is not meant to be something that is just kept to yourself. 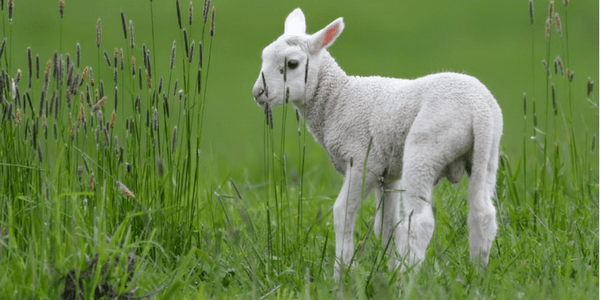 So, what’s the deal with the lambs?

Some tales of the season do involve lambs. These lambs are either given as an offering to or gift to religious figures, such as priests or they are let loose in freshly harvested fields to frolic until capture. They symbolize the end of youth; the cycle of life.

The stories involving lambs are limited to a handful of folktales and are not as widely accepted or practiced as the use of bread. Despite the name of the day, lambs are a very minor symbol as we’re starting to move away from the veneration of fertility and we’re beginning to think about the later stages of life.

During this time, we start to look at life and its practices as something more intentional and just the way of nature. As we move into the harvest season, remember we are moving into a time where man is directly manipulating and reaping the gifts of nature so that we may survive in a time where we would otherwise may not have.

The gods and goddesses

Despite being associated with a single god, this is also a time to celebrate other gods and goddesses of the harvest. Even though it is named for one, there are many deities who preside over human farming life. After all, agriculture is a huge part of human survival and entrenched in many cultures, so it makes sense that there are multiple deities associated with it.

Lugh, the god most associated with this feast day, is known for having sacrificed himself so that the harvest may be plentiful, and resurrects later on in a never-ending cycle.1 This is very similar to the story of Isis and Osiris, but because of the timing of the flooding of the Nile river, their celebration happens closer to Midsummer.

Even so, Neper or Nepit  is an Egyptian god of an androgynous nature and is associated with reaping grain.2 Although not talked about much in these days, they were often called upon during times of famine to help. If your season has not given you what you need, perhaps an offering to this deity may help.

Oko is the orisha of farming and the harvest, and his story involves sacrifice as well. For his hard work to feed humanity, when they passed, their bodies would feed the earth.3 This is different from how the gods are usually conceptualized, as Oko and his children are working the land directly.

Gods aren’t the only beings that can be honoured during this time. Though farming is traditionally seen as “man’s work,”4 there are multiple goddesses who can be invoked and given thanks during this season.

Demeter, mother of Persephone, is said to be the reason for darkness on earth during the fall and winter.5 It is her grief that keeps anything from growing. That being said, she is a harvest deity. Working with her may be a good choice if there is something you are bittersweet about in regards to the end of the season.

If you’re tired of bread, Pomona, is another goddess to invoke.6 She is associated with the fruit harvest in the Roman pantheon. Sometimes mistakenly aligned with Hallowe’en, this goddess is known for apple- and fruit-bearing trees. For many fruit trees, we are coming to the end of their season as well. 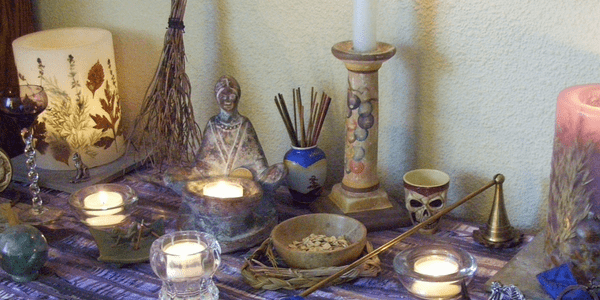 The colours for this celebration are surprising! Despite being a summer feast, the colours are yellow, gold, orange, and dusty reds. This seems really counter to the season, but remember this feast day is focused on welcoming the harvest and the colours reflect that.

Similarly, you can decorate with your table or home with symbols of the harvest — fresh produce that is ripe in the season, as well as wreaths and poppets made of wheat, barley, and other grain. These simple things help to invoke the season and welcome the energy of successful endings and gathering of what you need in your life.

You can also give thanks for your personal skills and decorate for that. As we touched on earlier in this piece, Lugh is also a god of human talents, so thank him, or anything you would like, for the things you were gifted with. If you are great with painting or maths (or whatever it is you do), this is the time to relish in the joy and goodness it has brought into your life. You can decorate with the items you have personally made yourself. Lay them out, invite people over to look at them.

Some of these decorations may feel a bit like you’re getting ready for Thanksgiving, but it doesn’t need to.7 Liven things up with a bit of summer colour by using bright ribbons if you are making bundles or to hang things.

Although this season is about the end of the growing and beginning of the harvest, there is no reason to feel sad. Some have said that this is a funerary celebration, which it is, in a way. The earth is heading into its death which is just part of the cycle that leads to its rebirth.

Take this time to celebrate all the good that life has given you during the “active” seasons of the year, and begin to plan for what you’ll be doing to rejuvenate yourself during the restful seasons, after the harvest is done.