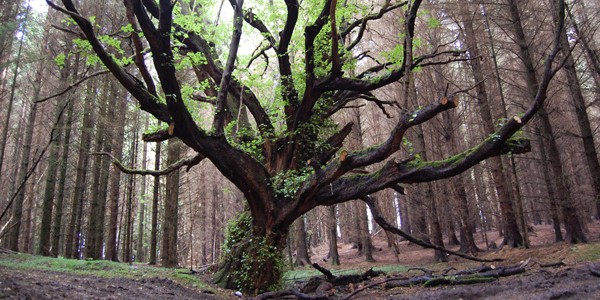 Anglo-Saxon Heathenry, barring the separate Theodish belief, is sometimes called Fyrnsidu, and is a nebulous and lesser-understood branch of Germanic cultural Heathenry.  As its name would imply, it finds its expression within a pre-Christian Old English context, as opposed to the more populous expression found in various Nordic iterations such as Asatru.  While similar to Theodism, and informed by in part by a lot of the advances in thatreligious hierarchy, the discussion of Theodism is not the purpose of the article.

Fyrnsidu is generally taken to mean the “old custom,” and is a composite Old English word.  It is analogous in meaning with Forn Sed and Forn Siðr, denoting a folkloric and cultural exhibition of a native belief.  While the approach to Fyrnsidu is still very deeply rooted in reconstructionism and utilizes very similar academic methodologies, the actual practice consists of several vagaries between individuals and tribal bodies.  It is highly variable, and interest and practice can be informed from the early Anglo-Saxon period to the later Anglo-Danelaw inspiration.

The difference in interpretation is due to the nature of the history and surviving scholarship of the period of Anglo-Saxon Paganism.  The Anglo-Saxon tribes migrated to Britain in the fifth century, started to be converted on the eve of the seventh, and was largely completed by the eighth century.  They were a grouping of heterogeneous beliefs and customs, only later forming a generally accepted and unified “English” identity.  This, along with the lack of recorded information, leads to either accepting the scarcity of material or striving to plug holes with other related sources.

We shall approach some pitfalls and variables in exploring various aspects of the Anglo-Saxon cultural view.  It is rooted in the Germanic cultural experience, which all Germanic cultures tend to share similarities given their descent from one single unified linguistic grouping (Proto-Germanic).  Yet there are some little understood conditions which must be approached in an Anglo-Saxon perspective.  Without much ado we shall dive into one of the biggest differences that can be spotted “on paper”: cosmological pitfalls, and the comparative studies which need to be undertaken therein.

The cosmological system of the Germanic peoples, if it can be called a unified system at all, is generally well known to even laypeople unaffiliated with Frynsidu or Asatru: the cosmic constants of wyrd and orlæg, frið and grið, and most tellingly, the idea of the axis mundi of the Germanics, the Germanic world tree, and the worlds which hang from it.  Readers are well aware of the Norse cosmology, which is represented by Yggdrasil and the 9 worlds, the concept which is found afield in eddic lore.

The Anglo-Saxons have a similar, albeit brief mention of a multi-world universe which is found in the 10th century Lacnunga manuscript with the Nine Herbs Charm.  This charm is itself a scant bit of information, which simply provides a number of worlds.  Yet, without a surviving creation mythology we cannot even be sure which worlds these are.  It has been argued convincingly that the idea of Surtr only entered into Norse mythology after the discovery of Iceland, and it would be reasonable that Muspellheim was similarly “unrevealed” to the Anglo-Saxons.1  And, of course, the debate still rages elsewhere exactly what role the Irminsul of the continental Saxons played in their own society, and whether or not that translated to the Saxons who migrated to Britain.

So there there are seven, largely unknown, worlds which are mentioned in passing in a single metrical charm, barring the known Old English word for this world — Middangeard.  Where can prospective practitioners of Fyrnsidu go to expand their knowledge and glean some information?  The most common tactic is to swing back around to the Eddic lore and either unrepentantly appropriate or to perhaps find linguistic cognates in Old English.  It is the latter action which is often done poorly, for appropriate words must be comparable as well as linguistically cognate.2

Due to the dearth of information provided by the extant Anglo-Saxon linguistic history, itself of scant quantity next to the Nordic corpus, comparative studies are often required by practitioners who are less willing to claim that they “do not know” when something as fundamental as a religious or mythological cosmology.  Practitioners of Fyrnsidu and scholars of historic Anglo-Saxon Paganism are required to look at all surviving material.  This can be material remains, Christianized linguistic poetics and comparative mythologies, and linguistic etymologies especially in conjunction with a proto-Germanic foundation.

The remnants of poetic leavings are of particular interest here, because many of the most famous poems in Old English have been characterized as transitional poetry.  Beowulf is one such poem, and can be convincingly argued to consist of both Pagan and Christian themes, although that discussion is also out of the scope of this article.  However, we shall endeavor to take a brief look at some of the traditionally Old English cosmological makeups which we must consider within the context of Fyrnsidu. 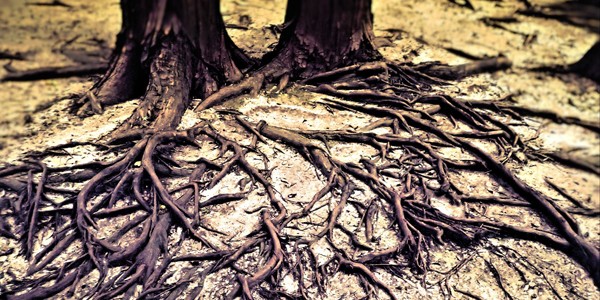 We can first start with our world.  Middangeard, of course, is readily understood by anyone with exposure to Norse mythology.  It is the Old English cognate, attested in literary history, of Miðgarð and more than likely provides the impetus for other such cognates to be attempted by modern practitioners.

Barrows and the underworld take a special place within the Old English mindset, and the repurposing of monuments is a deep study which may serve as a future approach in exploration.  The Norse concept of Hel is well known, as both the Goddess and realm.  Set opposite that, in the Anglo-Saxon Christianized world, is Hell, from whence the modern English word comes from.  The word itself has roots which go further back than the Christian period and it shares analogous cognates with earlier proto-Germanic words denoting the Underworld.

And as much as Hell draws on both pre-Christian and Christian themes in Anglo-Saxon extant works, other influences have the possibility of existence pre-conversion.  The Serpenthall, what is so-called Wyrmgeard or Wyrmsele is reminiscent of the Norse Hel and the hall Náströnd where Nidhogg chews upon the dead in the Eddic Lore.  While it is only found within the Christianized Anglo-Saxon poem Judith, wyrms and snakes find a lore within other Anglo-Saxon works, including the aforementioned Rune Charm wherein Woden uses magical wuldortenas to destroy a serpent.  The serpent, the agent of destruction, desolation, or decay, is common in other Old English poetics — Beowulf‘s dragon being another example of this.

Neorxnawang or Neorxnawong is perhaps one of the most jarring words in the Old English corpus, and at first glance looks exceedingly out of place.  It is used, as many of these terms are, in Christianized Anglo-Saxon literature, and is very reminiscent of Hellenic Elysium.  It is a realm of little work, perhaps even derived from the Old English for “not work” (ne wyrcan).3  It evokes the same type of paradise as the Christian heaven, but notable mythologists like Rudolf Simek postulate that it was analogous with Asgarðr in the mentality of the pre-Christian tribes.  Could this place play the same role?  Possibly, although unlikely, given it does not have the connotations of walled enclosure that Asgard does.

Challenges for practitioners of Heathenry

These realms, these places in the cosmology of the Anglo-Saxons, are places which do not and cannot fit into the worlds provided by Eddic lore.  Ignoring Middangeard, since it is the term for our present world (and thus Miðgarðr), the other three do not neatly mesh or intersect with the extant lore.  They are worlds of uncertainties, with only guesses being made as to their extent of use, either cosmologically or in Pagan history.  It is an unfortunate fact that practitioners of Heathenry who decide to delve into these mysteries must do so with the lurking acknowledgment that they cannot truly know their chosen cosmology, barring some radical discovery in academia.

Yet that does not necessarily mean that practitioners of these old custom, of the Old Custom, should not endeavor to try.